Skip to content
HomeMusic VideosNEWS: Hammerdrone prepare for “A Trinity Of Rage”!

Armed for the apocalypse since 2010, Calgary, Canadians Hammerdrone have something a little different lined up for 10th December. Alongside a new EP titled “A Trinity Of Rage“, they have inked a short story called “Eversor” designed to be read as a prequel to the tales in the lyrics of the EP to give listeners that much more of an in-depth experience.

The tale was written in blood by vocalist Graham Harris, who came up with the idea and comments on the first single “Part I – Rage, Corporeal”: “This song came together so easily and is musically full of intense, blistering rage, perfectly representing the intent of the song as the opening track to our concept EP, ‘A Trinity Of Rage’.  The protagonist in our story has dedicated most of his life to an insane and heretical idea, suppressing his anger and grief for decades, and finally finds himself where he wants to be; in the afterlife and armed with the weapons to wreak bloody vengeance upon God.  Imagine the explosion of pure hatred and wrath that results – that’s this song. This is one of the shortest songs we’ve written, clocking in at only 3.5 minutes, but we packed a lot into this slab of death metal and it sets up the musical and lyrical journey of the rest of the EP.” 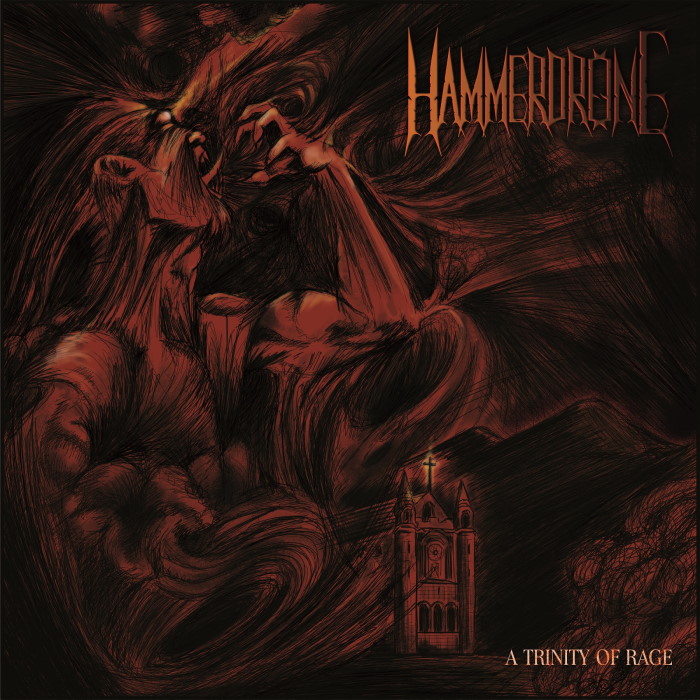