Skip to content
HomeMusic VideosNEWS: At The Gates feel pessimistic?

Now that their four-part lyrical talk video series with Decibel Magazine, where Tomas Lindberg Redant expands upon the literature and philosophy that underpin “The Nightmare of Being” has come to its natural conclusion, Swedish melodic death metal pioneers At The Gates have continued to promote the critically acclaimed album by launching a new video for the track ‘Cosmic Pessimism’, which just so happens to be directed by Costin Chioreanu of Twilight 13 Media.

Vocalist Tomas Lindberg Redant comments about ‘Cosmic Pessimism’ as follows: “’Cosmic Pessimism’ is one of the central tracks of the new record. Not only drawing the title from the Eugene Thacker book of the same name, the lyrics actually are written by Eugene himself. This is something I am very proud of, the collaboration with one of the central figures when it comes to modern day pessimism and the idea of how it correlates to cosmic horror. It is a suffocatingly strict and repetitive song, and it displays the mood of the lyrics brilliantly, in my opinion. AT THE GATES have always been fans of anything eclectic and extreme, and we are finally at a moment in our career where we feel comfortable lifting in some of these, more avantgarde influences within the at the gates trademark sound. Minimalistic neo classical influences here clash with the deutsche rock/”kraut” and no wave sounds that we love so much. The video is once again shot by Costin, our longtime collaborator, and, once again, he managed to add extra depth and texture to the music and lyrics.” 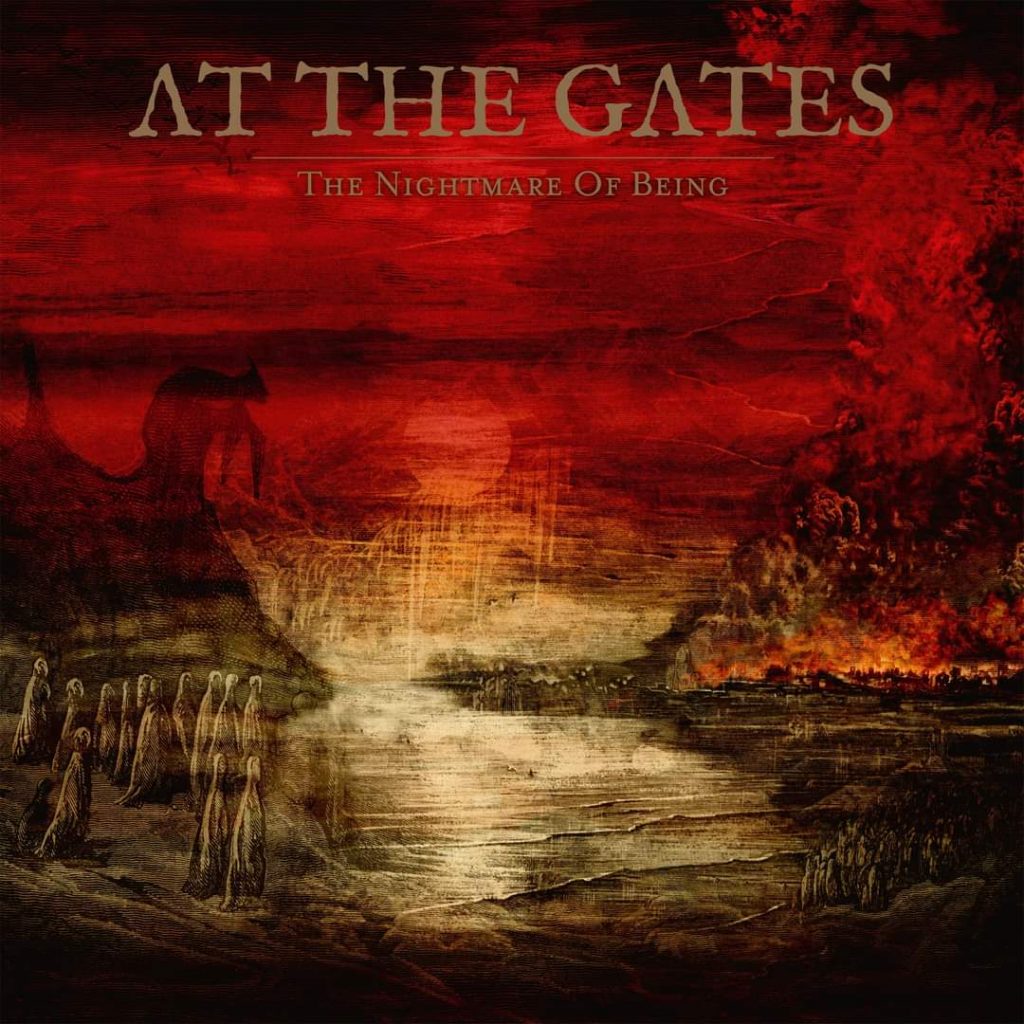