Skip to content
HomeReviewReview: “Back To The Seeds” by Dead Tree Seeds

Recorded in 2012 and released in April 2013, the debut album “Seeds Of Thrash” of Parisian Thrashers Dead Tree Seeds premiered with influences of Megadeth, Kreator and Pantera has reached a decade in age and so that work is paid tribute to with the bands current line up Frank Vortex (lead vocals), Aurelien Gonzalez (guitars) Franзois Odonnet (guitars), Sidi Assila (bass) and Alex Prudent (drums) re-recording a trio of it’s finest cuts for “Back To The Seeds“. Accompanied by a new cut that premiered alongside a music video filmed and directed by Emeric Gallego titled “1796“ and marks the territory as the follow up to the bands well received 2020 album “Push the Button“…

…Before we get into the re-recordings in “1796” Dead Tree Seeds have captured an absolutely classic Trash sound to perfection, as if coming at us straight from the San Francisco Bay area of California in 1987. The guitar tones are very much of that era with the solo sounding like its from an early Megadeth record and Vortex giving off distinct Tom Araya of Slayer vibes with his raspy dry throated style. A classic rampage, there is no doubt that had it been released then instead of now it would have catapulted this band to overnight success whereas now it marks the band as part of the Thrash revival primarily lead by the Canadians, even if its a headbangers delight. The re-recordings all benefit from modern production improvements while sounding as tight as ever having been played live on numerous occasions over the past decade and while this isn’t entirely line up that wrote these cuts, this one has been together since 2014. Re-recordings can be a mixed bag, often suffering to capture the vibe of the original and the energy with which the cut is performed live, but with these Dead Tree Seeds have hit the nail on the head and driven in firmly into the coffin by executing everything perfect. The energy is like lightening in a bottle while the tone and drive is the same as the new cut, Vortex’s Death Metal roar on “Torture and Rage” a double take moment, just like the collection of vibrant face melting solos across all four cuts. A couple of very minor enunciation issues aside when it comes to screaming in French rather than English, which are actually quite charming and you wouldn’t even know these dudes hail from Paris and English wasn’t their first language. Oh and “Homage To Thrash” is one of those type of songs that pay tribute to the genre which the band calls their own and it’s absolute class. Worship Thrash they command. Who needs to talk about feelings? Get drunk and bang your head to this instead! Horns Up! [8/10]

“Back To The Seeds” by Dead Tree Seeds is out 11th February 2022 via Music-Records with pre-orders available here. 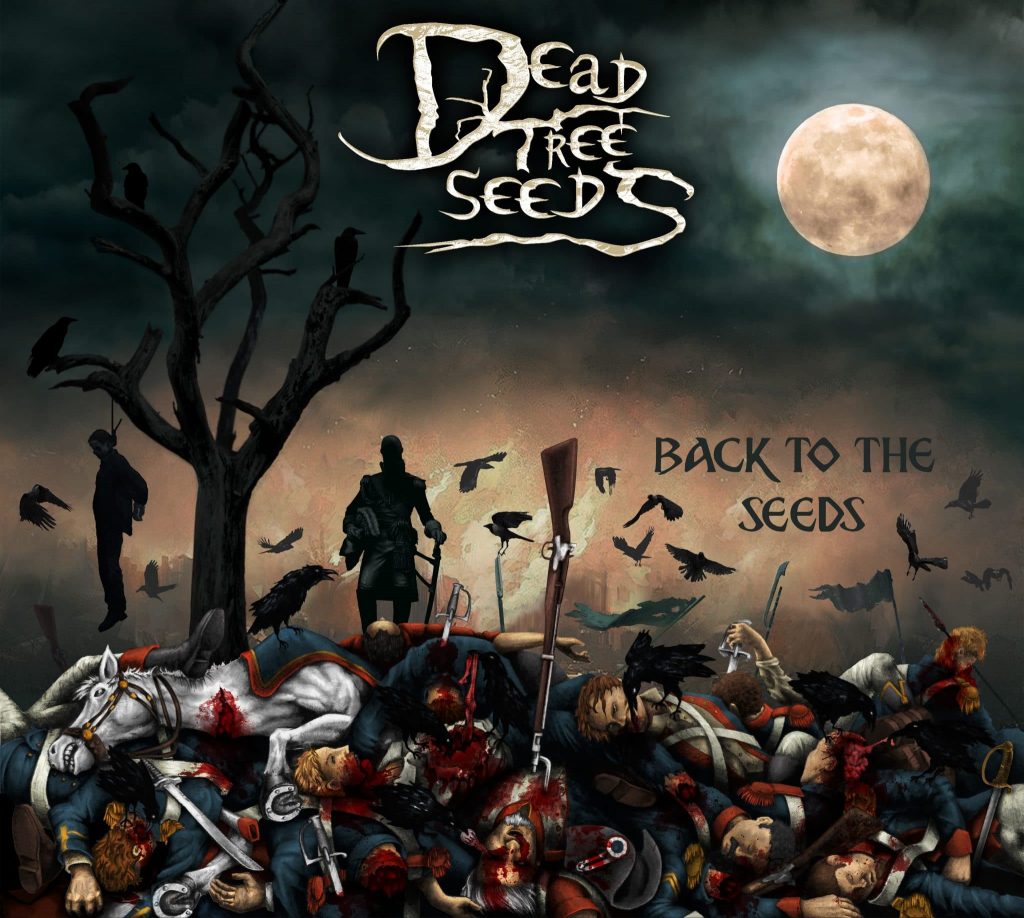