“‘Pilgrim’ is an important track for Messa, It was one of the first songs we composed for the album, and we think it represents well the Middle Eastern Mediterranean vibes we tried to convey with Close. The video was filmed [by Laura Sans] across different locations in Southern France and Northern Italy, the cave pictured in the second part of the video is the place where we recorded some parts of the album. We collaborated with an Algerian-descent choreographer and her crew to reproduce this ritual dance in the truest and most faithful way possible. We came in contact with this dance called Nakh because it’s pictured on the cover photo, we chose for our new album Close. Nakh is a ritual dance performed by women along the Algerian Tunisian border. It features the swaying of the dancer’s head and thrashing of the hair. When we discovered Nakh we immediately thought about the similarities that this dance has with headbanging. The video is centered on the similarities that these two distant worlds have in common. The connection that creates between them is unexpected but very spontaneous.” ~ Messa

Forging a critically acclaimed path in Doom since 2014, Italian quartet Messa have been steadily accumulating the accolades with their 2018 record “Feast for Water” considered something of a masterpiece. Citing bands like Dead Can Dance, Swans and Om as influences this time around alongside the description of the band as a female fronted Black Sabbath and you can paint this reviewer intrigued. A warm and captivating start with the slow drawn out Fender Rhodes piano leading into big fuzz toned riffs alongside vocalist Sara’s achingly beautiful voice meets with our expectations like sipping a hot cup of coffee from a hot coffee cup before the slide into glorious Jazz inspired moments gives us something different entirely. “Dark Horse” then offers something with more energy, a 1970’s inspired Doom affair that also has flavours that you may have heard during the mellower parts of studio material from System Of A Down; as you might expect given the genre the instrumentals are extended and the beautiful vocals are sparingly used with the majority of the more than an hour long record of sonic excess in its purist form reaching the seven minute mark with ease. Each twist and turn in the narrative offers something new and absorbing, the opening riffs of “Orphalese” sounding like they belong to a Widescreen Technicolor film that sees Cowboys crossing the dusty terrain with the slide guitar adding to the slow burn of rich melody of Desert Rock. There is however a lot more to Messa than meets the eye and if a reminder that you should never judge a book by its cover was needed then the Led Zeppelin meets Cream inspired “Rubedo” or “If You Want Her To Be Taken” are an entirely different beast with fuzzed up Hard Rock aspirations accompanying the bands trademark stylings. In truth the album as a whole is so much more than the sum of its parts, a musical journey or even pilgrimage through sound, offering vibrancy, colour and texture of all varieties. There is both light and darkness with grey in between with familiar themes of Eastern chord progressions sporadically appearing throughout the album painted from a cinematic palette, the thunderous bass of “Pilgrim” woven with tapestries of Mediterranean sounds while the heavy atmospheres hold things together. Seek and you shall find your hearts desire and this majestic beauty may offer you just that and if you’re not in love with the sound of Sara’s voice by the end of this, then you may find your heart has turned to stone… [7.5/10]

“Close” by Messa is out 11th March via Svart Records 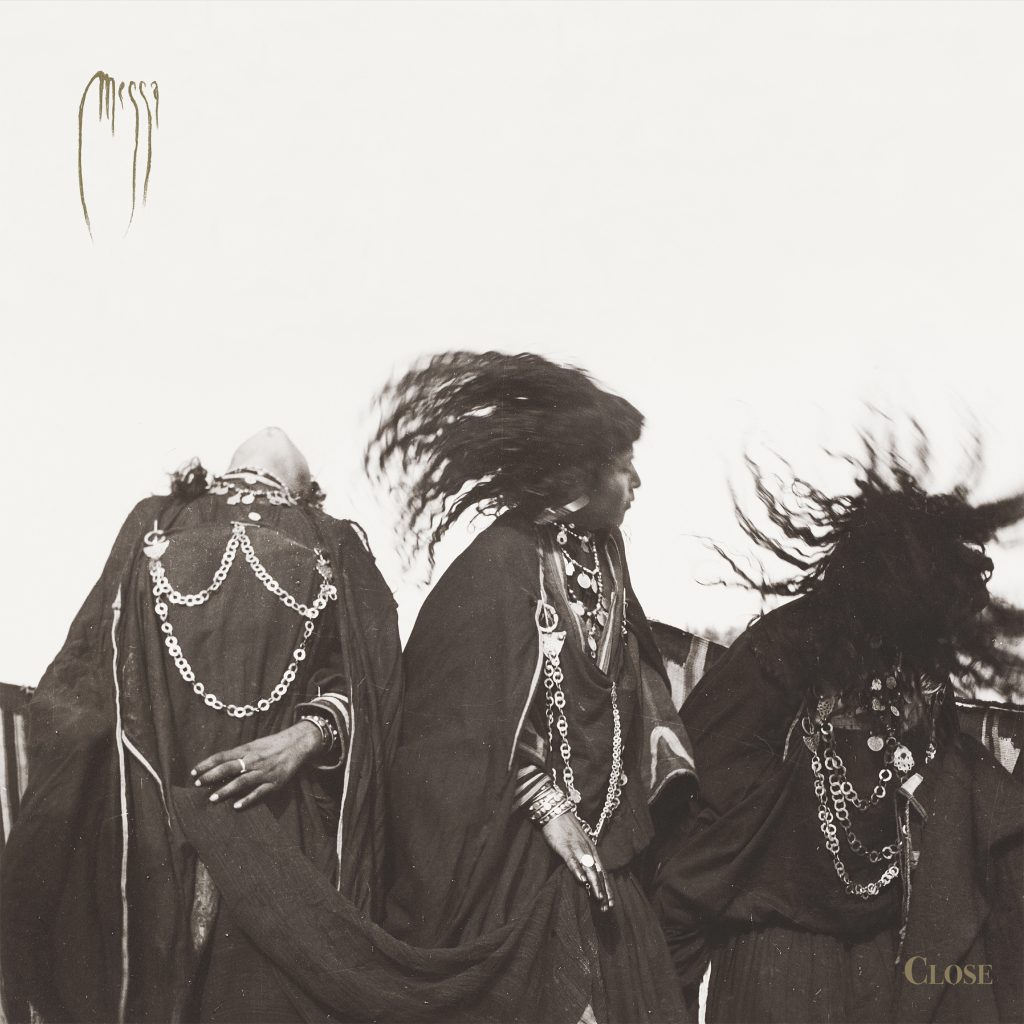