Skip to content
HomeReviewReview: “Sturdy As An Oak” by Mamorlis

Curiously the artwork and layout by Maria Pintz and Héloïse Merlin for “Sturdy As An Oak” might be more in keeping with Black Metal than the blend of Traditional Metal and Doom that Mamorlis have to offer but with lyrics about alcoholic knights, bushrangers, rat pirates and Clancy Brown inspired by folklore, fantasy stories, action movies and old video games you can probably guess where the album is going before it has even begun. It picks up where their 2019 self titled album left off as if they hadn’t left the studio with the  Portland Oregon quartet composing another collection of tales that threaten to delight and astound with influences from bands like Slough Feg and classic Iron Maiden, recorded at Maniac Mansion in Portland, Mixed by their bassist Brian Rush at Pale Magus Productions and Mastered by Julian at On Air Mastering…

There is an aged quality to the recording that you can hear before the vocals begin on opening cut “Wolfric the Wild” that gives “Sturdy As An Oak” a timelessness. Sounding like this someone could claim it as being from the late 70s and no one would be any the wiser. The mix is bass heavy which does it plenty of favours as you’re able to hear the bass lines as if they’re a third guitar giving the record a more rounded feel while the drums are clean and crisp but sound as if they are perhaps lacking the use of a higher grade of microphone. Quite how drummer Alex Noce is able to hold down his vocals live as the main vocalist in the outfit is mind blowing, his Ronnie James Dio esq warblings at times a little strained but coupling that aged asthetic nicely. Bringing in a few more Progressive moments “Salamandastron” has an almost ethereal vibrant solo that is sheer class and its the riffs in the record where it really shines, especially on cuts like “The Kurgan” which really sound out due to the epic nature of the beast. Borrowing some traditional Australian folk melody and lyrics “Over The Border” turns up the quality a couple of notches as the album turns from something smouldering to a raging fire, “The Glade” then getting heavier with some pre-Thrash rhythmic riffage working very well with the detail of Noce has put into the storyline of the cut. One that gets stronger as it plays out and even more so over multiple listens, before grand finale “Journeys of Acquisition/Gor“. That could perhaps do without the synth introduction, it’s epic leads more than enough to carry it and while that 80s cinematic touch is nice it seems unnecessary. If Mamorlis aren’t Jack Black’s favourite band then there must be something wrong in the World  [7/10]

“Sturdy As An Oak” by Mamorlis is out 8th March 2022 via Cursed Ritual Records and is available for pre-order over at bandcamp. 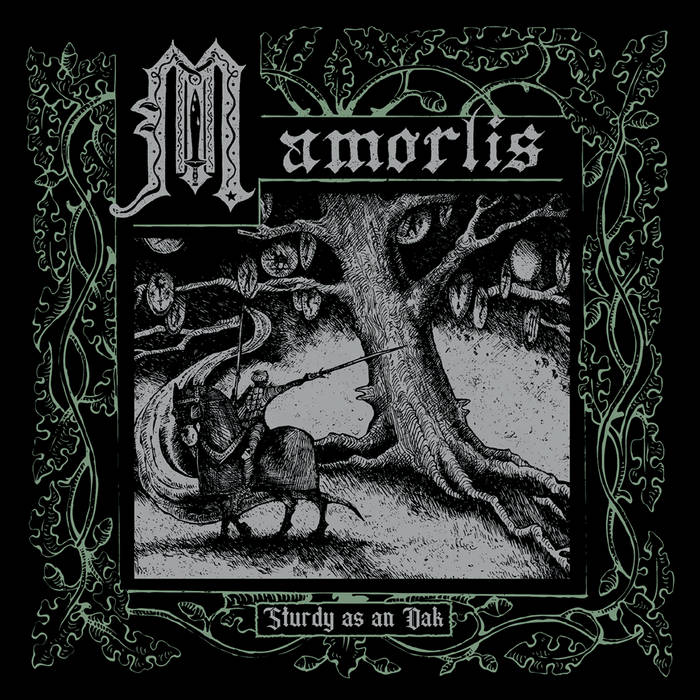