Skip to content
HomeReviewReview: “Trespasser” by Idol Of Fear

Over the past decade Canadian Black Metal act Idol Of Fear have been creating for themselves a reputation for being masters of the dark arts, surpassing themselves with each album from 2014’s “All Sights Affixed Ablaze” to 2018’s “Grave Aperture” and looking to do so once again with “Trespasser“. As with those two previous albums, four years has passed in which time the quartet have whittled some 40 demos written between January 2019 – January 2021 down to just 9 cuts and recorded by the band themselves before mastering by Jeremie Bezier (Emptiness, Enthroned) at Blackout Studios, Belgium and being adorned by cover artwork from Rotten Fantom…

…in the spectrum of Black Metal Idol Of Fear sit in what has become known as the third wave, the avant-garde new wave that specialise in creating dark and oppressive atmospheres with brooding, menacing and sinister moments combining to create something almost cinematic. The slow burn of opening cut “The Flayed Horizon” has a Doom Metal feel with some hints at industrial influences as it plays out, with scornful vocals cutting through the tension like a chainsaw through a tree before “Angel Dust” looms on the horizon, a bleak and foreboding affair of dull ache and mournful personal lyrics centered around loss. Melody from piano accompanies gracious guitar work, more about the voicing than the technique that shrouds everything in clouds of darkness from which nothing can escape, the enthralling nature of the beast being like a low budget horror film, the viewer cowering behind the sofa trapped between the space of a blink and a tear, not wanting to watch on but being unable to look away. “Cheirotonia” sees a change in vocal stylings with something cleaner and perhaps more Gothic coming to the fore as a slow, dark crawl from a personal hell unfolds, the musicianship being nothing short of exquisite. Constructed in a fashion to it’s predecessor “Phantom” burns like battery acid with a huge cavernous drum sound and some orchestra touches creating waves of unease that follow the almost spoken word narrative like a lost dog following its master through the ice cold rain on a winters night. The flow of the album is interesting as it becomes progressively more unhinged as it moves through, the title track being the eerie centrepiece that sounds like it belongs to the scene in a Steven King film where you know something is about to happen and it’s going to get violent and bloody but it hasn’t quite yet. Tapping sections add to the oppressive atmosphere of “In the Cold Light of Dawn” in a way which offers another dimension as monolithic beasts are summoned to walk the Earth in Post-Blackgaze fashion, leaving the listener starring into the abyss by closing instrumental “Endless“. This bleak soundscape is one that resonates with a droning world weary and yet haunting nature, a stunning piece of darkness that knows no light while calling from the void so brace yourself before this captivating experience, for you will never be the same again [8/10] 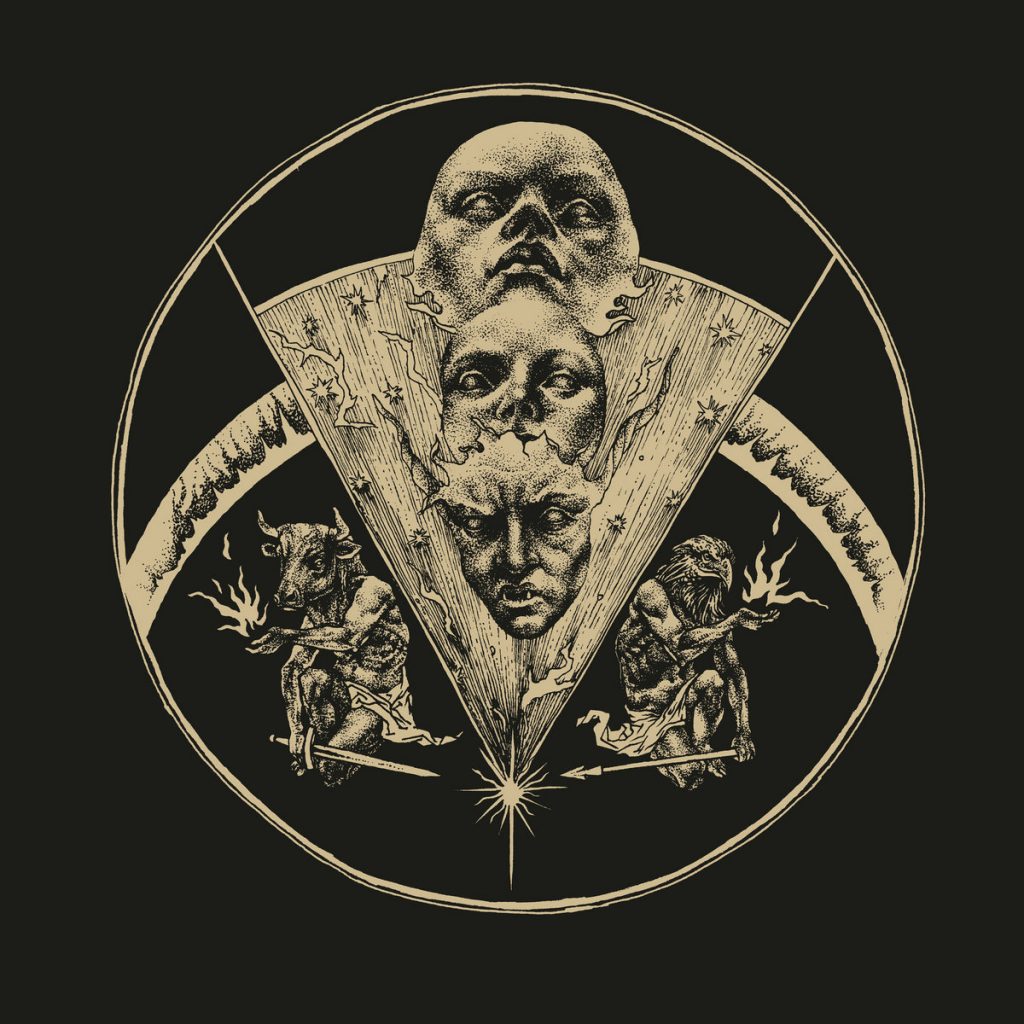