Ahead of a US tour in late May, including a performance at Decibel Magazine’s Metal and Beer Festival in Philadelphia Chicago death merchants Berator have opened the gates of hell and unleashed a brand new track, titled “Onslaught to Absolution“. The song is the first taste of their ultra-violent forthcoming EP, “Elysian Inferno” that on this evidence looks set to be six cuts of fierce old school Blackened Death Metal that could well be a reminder of just how ferocious and vehement extreme metal can be. Available for pre-order over at bandcamp it will appear  via Dark Descent Records on 10th June. 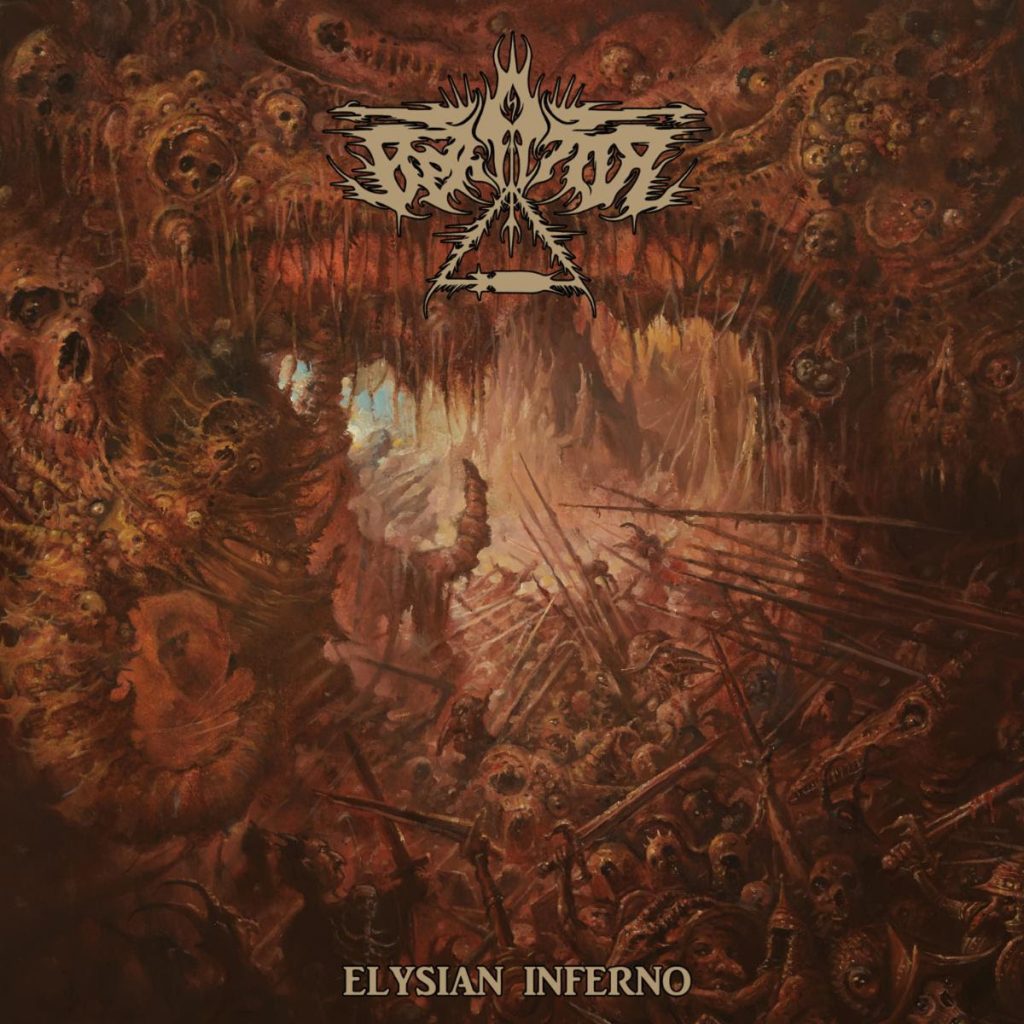