How many times have to listened to a record and thought yourself ‘damn how do dial in THAT guitar tone?‘. Our writing and recording interview series takes the essence of that sentence and puts it to the musicians who recorded some mighty fine records, building around the sentiment to find out what really goes on behind the scenes. Yeah, we kind of made it sound dirty… but then some recording studios and rehearsal spaces are in need of a clean. So here is our second conversation with Australians Where The Devil, this one going all in about their current offering “Bury Your Demons“!

How did your previous experiences writing and recording help to smooth the path for the new record?

Rob Carstein: “I just did things much the same as before. Probably only difference was we spent some time A/B testing different drums looking for the right sound”

Ben Hosking: “I hadn’t done any ‘real’ recording before, so I didn’t have anything to compare it to. I’d been recording demos using programmed drums at home for years and at least for me, the process was much the same”

How does the writing process of a new track start? Melody, riff or rhythm first? How does it evolve from there before you consider it the finished article?

Ben Hosking: “For five out of six of the ‘Bury Your Demons’ tracks, I brought in largely finished demos – minus vocals (former guitarist Kim Abbott wrote the riffs for ‘Beast’). From those demos, the band learns the riffs, Rob reworks the drums to suit his style and taste and Ben Pennifold writes his lyrics – often starting with an almost scat approach, blasting lines from various pieces he’s written to find the right rhythmic attack. In almost all cases the songs I brought in started with riffs, except for ‘Moments of Tangency’ that actually started with drums. I laid out the entire song in Reaper using loops and constructed beats in Superior Drummer then wrote the riffs around it. I’ve been meaning to take that approach again because I thought it was so successful. In terms of knowing when it’s the finished article, that’s a hard one to answer because right up to the day of recording, we were still making small, but impactful changes to the songs. Rob is really good at honing in on seemingly small things that, to me, made a big impact on the finished article”

You mentioned in a previous interview that with guitarist Remi Wilson and bassist Hamish Unahi now in the fold, you expect things to sound a little different. Have you begun work on any new material and if so, what does it sound like?

Ben Hosking: “Going forward, I have several demos in various stages of completion ready to go through the same process. But we’ve now also got two other strong riff/song writers in the band that will bring their own flavour and we can’t wait to see how that affects the sound. Guitarist Remi has a finished song waiting, and bass player Hamish has a few up his sleeve, too. Assuming the WTD-ing of the tracks goes smoothly, we may well have another round of tracks ready to go before too long”

‘Bury Your Demons’ was recorded, mixed and mastered by James Strezov at Studio 1618. What was it like to work with him and what made you choose him in the first place? While the cuts that comprise the record were released separately were they recorded in the same sessions?

Ben Hosking: “I recorded the guitar parts at home in-the-box on a very customised mid-90s Ibanez Talman with a single Seymour Duncan Blackout in the bridge position (except for the clean parts in ‘Misery’ which were done with a PRS 408). I play a custom Tele-style these days that I actually built myself from scratch and I’m using a Kemper through an Orange cab’ for live performance. James Strezov used some of his custom created Kemper profiles for the recordings – which ones I have no idea and they changed from track to track. The bass parts were also done in-the-box using James’ gear, but the drums were recorded live.

Remi plays through a Schecter C-6 Pro and a Mesa Dual Rec and matching cab, with a Boss floor unit. Hamish’s rig keeps changing, so by the time you’re reading this it may well be different. For now though, it’s a Rob Trujillo Warwick bass through a Dark Glass head and into a Mesa 6×10 cab with a couple of effects like compression and drive in the mix.

Rob Carstein: I play a Pearl Masters kit, although that’s changed since we recorded the songs that make up the EP. In fact, it wasn’t even the same kit that recorded all six tracks. I use Zildjian cymbals and a Roland sample pad for triggering all the synth sections and movie samples we use”

Rob Carstein: “That’d be a buzz I guess… I play Pearl and Zildjian, but there’ a bunch of great companies out there. Our bass player Hamish may have an announcement to make very soon about something related, but we can’t drop any names as yet!” 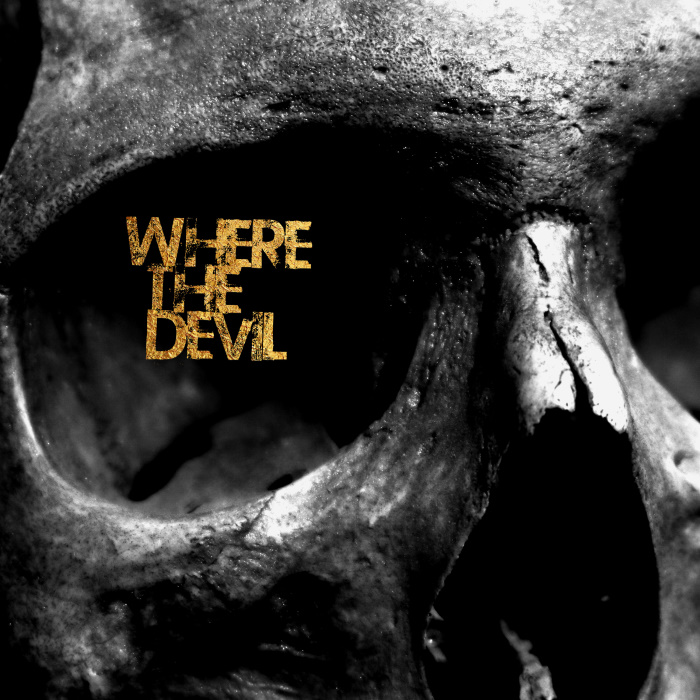