Purveyors or Dark Symphonic Deathcore from the cold heart of Nottingham, Draconian Reign have been making waves since they announced themselves on an unsuspecting World in March 2020 with the artwork their debut EP “Necromantic”, painted by Chris Cold. The quintet cite inspiration from genre pioneers Carnifex and Lorna Shore and in the four months since the release of the record, doors have been opened to share stages with Death Metal supergroup Viscera and played Magnata Festival alongside the likes of Conan, Blood Youth and Oceans Ate Alaska. So it’s high time we found out what all the fuss was about…

The warm macabre synths of melancholic and mournful introduction piece “Awakening” are darkly cinematic as they build through orchestration to bring in a powerhouse drum groove and the heavy rhythmic guitars, some dark and vibrant leads offering up a taste of what is to come as the instrumental draws to a close. If it were the soundscape from Arkham Asylum scenes in Christopher Nolan’s Dark Knight, it would not be out of place. Nothing can however prepare you for the vocal onslaught of opening cut “It Came From Hell” which drives down the darkness with jackhammer footwork and a continuation of those dark symphonics that give the cut an almost ethereal quality. The breakdowns are huge before a Death Metal inspired part full of blasting and delicate leads as the oppressive atmosphere builds conjuring the mental images of a beast climbing from the black depths which the title depicts, the false ending that pitches a Death Metal growl against a shriller tone being absolutely magnificent.

After that brutal Deathcore opening  “Serpentine” takes us in another direction, offering a “Creatures” era Motionless In White Metalcore riffs delivered at breakneck pace which build through a kit performance of colossal magnitude. The face melting extended midtrack solo is a stunner fit for this neck wrecker of a tune before the blasting takes over to give the likes of Alan Cassidy a run for his money, all the while the symphonics providing the backbone upon which the cut hangs. Icy synths bring in “Crown Of Despair” which find the band joined by Alan Grnja of Distant and the band make the best possible use of their guest with a mosh pit starter of searing intensity, the nightmarish visions the vocalists conjurer not being for the weak minded or faint of heart. The waves of percussive battery are insane, an artillery shelling of apocalyptic proportions and metronomic precision, while the guitars offer a weight and gravity like no other. Death Metal riffs and sumptuous leads make “Necromatic” the obvious choice of title track, the musicianship of the first half of the cut alone enough to floor the opposition before a sparse mid section allows for a moment to catch the breath before they go again, demonstrating the kind of song writing abilities that shouldn’t be available to a band so early in their career… [8.5/10] 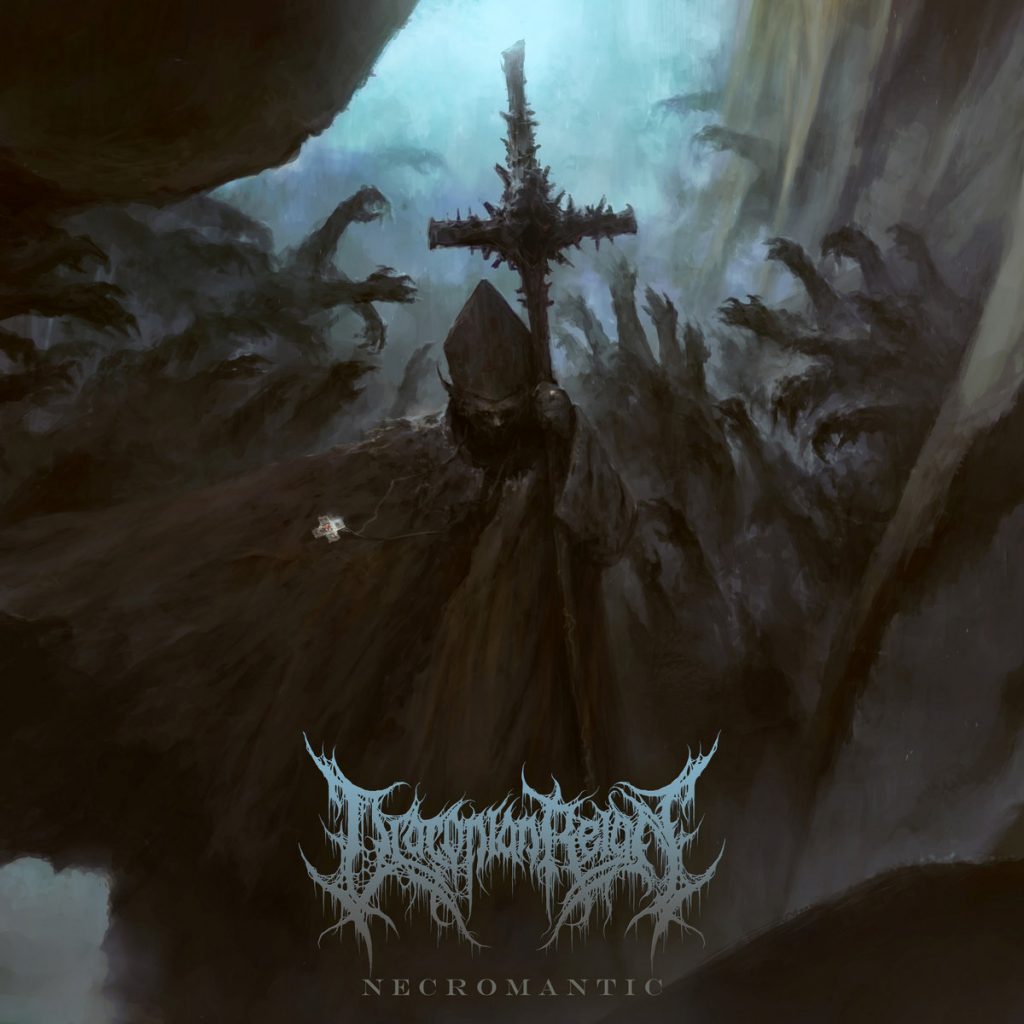