Skip to content
HomeMusic VideosNEWS: Upon Your Grave dance with Pandora…

Quebec City Canadian Melodic Death Metallers Upon Your Grave are set to release a new EP titled “Gold And Decay” on 7th October. Recorded, mixed and mastered by Christian Donaldson (Psycroptic, The Agonist), it’s the first since the bands 10th anniversary in 2019 and has cover artwork designed by Meike Hakkaart of Art of Maquenda. The single “Pandora” has premiered via Slam Worldwide with pre-orders for the record available here.

Commenting on the EP Artwork: ”We wanted to do something different” say guitarist, Alex Bussieres. ”The theme exposes the duality of beauty and horror and their relation to each other. Nothing is black or white, everything is a nuance of grey living independently in every distinct mind”

Vocalist Jordan Jolicoeur, adds: “The heart represents the revival of the band from the ashes, beating a creative flow in each of our personal lives. This golden heart also represents the power of creativity unphased by the passing of time and the withering of leaves—instead beating stronger and renewed like the passing seasons. It’s creative, aggressive and more mature than any other effort we put out until now”

And on the single: “The single talks about the mythic story and the box that holds that same name. It’s the only song on the EP that approaches a somewhat spiritual theme in touch with ancient Greek myths, while still retaining the same vibe as the other songs. It’s in-your-face, relentless, aggressive and one that we really like to play live because of its short action-packed nature. The arrangements are smart and cohesive, delivering a brutal quick fix to any listener.” 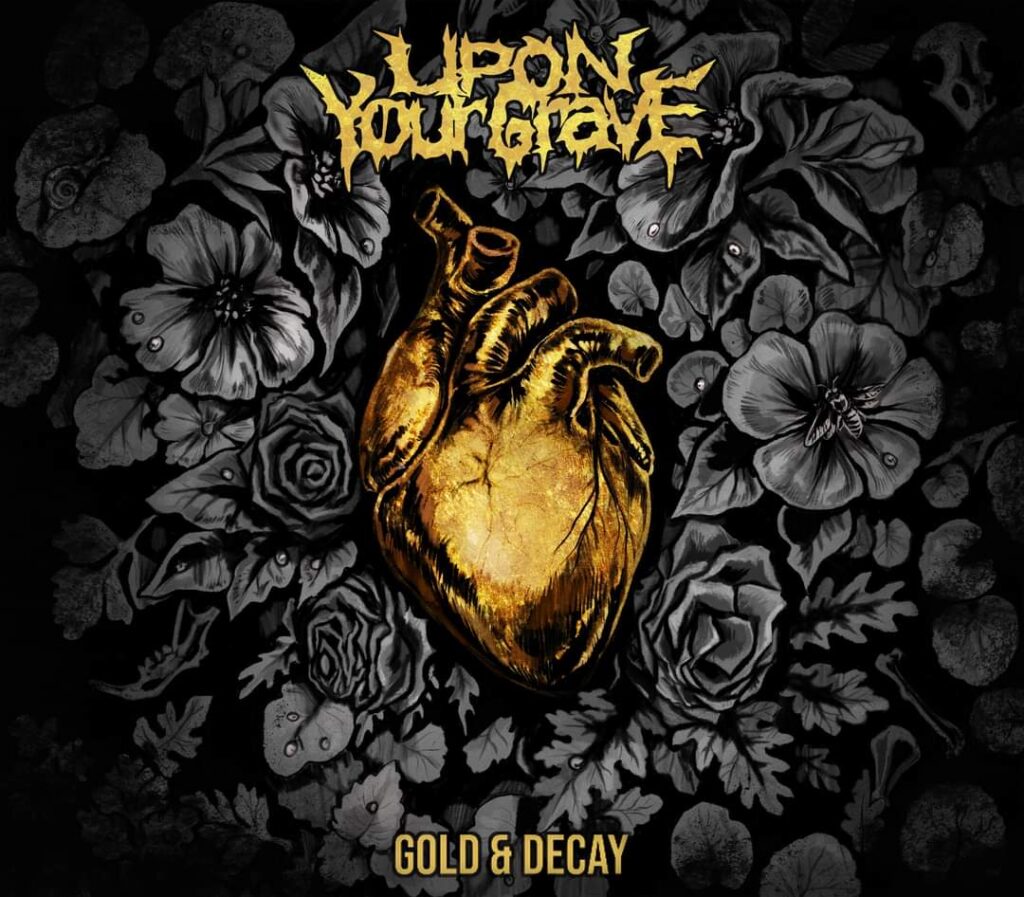 Tags:Gold And Decay, Upon Your Grave