Having laid the foundations with 2020 debut EP “From Awareness to Creation” and a deviation from the left hand path for a split with Vile Apparition a year later, Italian Death Thrashers Miscreance have prepared for our listening pleasure a debut full length album titled “Convergence“. Having conspired to follow in the footsteps of genre pioneers like Atheist and Sadus this is becomes the third chapter of the quartet’s plan for World Domination and will be followed by a 2023 European tour with like minded labelmates Ripper as they arrive from Chile as they create what they call “music from the edge of reality“…

…the “Flame Of Consciousness” opens Hells interdimensional gate and for those unfamiliar serves as an introduction to the throat shredding vocals of drummer Andrea Feltrin, a man for whom the breathing process is fundamental to being able to be able to carry out both disciplines in the live arena. There can be no doubt he sheds blood, sweat and tears for his art. As the riffs fly from the axes of both Andrea Granauro and Tommaso Cappelletti, the cut also showcases some Progressive Death Metal leanings with a vibrant solo and some ethereal moments that build atmospherics in a way you might not have anticipated from the albums cover art, which is soaked in 80’s Thrash nostalgia. There is however a melodic bridge that has flavours of “Master Of Puppets” era Metallica about it that is more in keeping with that. “Fall Apart” picks up where the opener leaves off with Old School guitar tones used to deliver the complex riff arrangements. The surprise comes mid way through the cut as a spoken word fades the music out only to return with a Technical Progressive Thrash solo of sublime quality before bursting back into the track. At times “Convergence” feels like Between The Buried And Me are playing with Skeletal Remains covers with the intricacies of the musicianship cutting against the savage vocals. The rampaging “Incubo” leads a merry dance with a solo that a Scandinavian act might have replaced with synths, the guitar work continuing to impress with each fretboard smoking phrase before “No Empathy” introduces a few more Thrash touches including a classic gang chant and a divine  whammy bar drop solo.

“The Garden” continues the bands high tempo burnt offerings with some celestial sounding riffs that twist and contort as the band play with song structures in ways hitherto unheard of. The bass of Emiliano Zina is more pronounced in the mix on this one, offering a click-y sound that appears in the momentary space between the riff breaks and thus rounding out the sound that will leave your ears ringing by the close. A re-recording of “Alchemy” which originally appeared on the bands debut EP and is 5 seconds shorter here having been refined in the fire works incredibly well in its new home and context. The riffs move like the shifting desert sands with intriguing interplay between both axe wielding heroes before the spoken word moments enhance the sinister mystery of “My Internment” as Feltrin screams about his state of confinement as a prisoner of his own mind. Closing the album with a flamboyant piece of soloing against the eerie backdrop of sinister acoustic guitar piece makes for something intriguing that you want to continue on beyond its 87 second duration. It feels like it could have been jammed out for longer as a virtuoso piece instead of simply fading to black. What Miscreance have created feels like the soundtrack to a film by the Italian godfather of gore Lucio Fulci, escaping the trappings of needing to do things with blunt force trauma by using delicate intricacies and finding counter balance as they go [7.5/10]

“Convergence” by Miscreance is out 19th September 2022 via Unspeakable Axe Records (CD), Danex Records (Vinyl), Desert Wastelands (Cassette) and is available for pre-order over at bandcamp 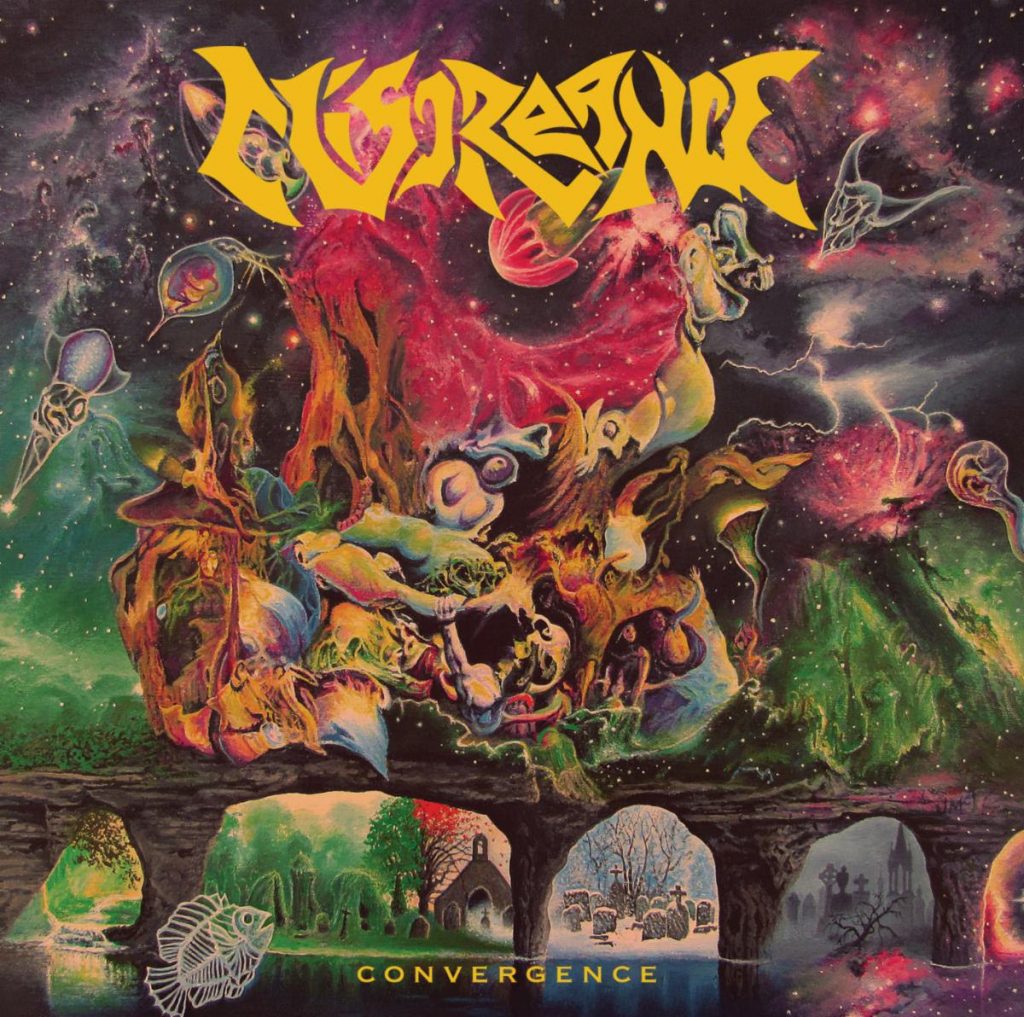