Nearly three years after its original release on 31st October 2019, New Jersey Death Metal quartet Oxalate will see their EP “Infatuating Sickness” released on cassette via Dawnbreed Records. Recorded, mixed, and mastered by the bands bassist and vocalist Devon Ray at The Demon Cave in Passaic New Jersey in the summer before the release, it finds him joined by guitarists Zakk Mild and Chris Albertsen alongside drummer and vocalist Cannibal Bett, who was also responsible for the artwork. Not their first attempt at recording in this way, the EP was preceded by single “Dank Sepulchrum” the year before and the band have since released the first single “Pressed To Death“, the first one from a sophomore EP “Cultivating Anguish“.

For those not indoctrinated into the ways of Oxalate the first surprise is that the production here is razor sharp despite the clear DIY or DIE approach. The result is something that sounds raw, like it was recorded in a dark dank basement torture chamber hell while trying to raise the Dead and p*** off the neighbors, with a drum sound that isn’t quite as crisp and clean and you might like, but then that is also part of its undying charm. A huge step up from their first single “Dank Sepulchrum“, which showcases that the band were talented musicians but lacked a few decent microphones and the knowledge to place them to get a decent drum sound. Here “Unwholesome Revelation” brings the stuccato riff breaks and a crossover Thrash whammy bar drop solo that is utter madness as they look to raise hells army. The performance from behind the kit is fast, loose and live sounding suggesting that Bett isn’t playing to a click track, something that makes “Dark Ritual” in particular sound a little volatile, in the best possible way. That adds to the sense of a white knuckle thrill ride that the cut has about it, the drums packing a punch and the guitars crossing in Sludge Metal intensity as the malestrom of riffs makes for a headbangers delight. The title track is one front loaded with percussive battery that drives down the darkness of the blood gargled vocals, while being accompanied by rapid chord changes and a helter skelter solo that mean “Infatuating Sickness” is the song that finds the most beer, blood and sweat spilled in the rush to get into the pit or headbang or both. Then you have “Blood and Sulphur” to bring things home, another violent little ditty from a deranged mind that has a Speed Metal edge and sounds like a Sepultura demo circa 1984. All of that bodes well for the sophomore record, so if you like your Death Metal vicious and as raw as it was during those tape trading days in the early 90s, then this is exactly what you need [7/10] 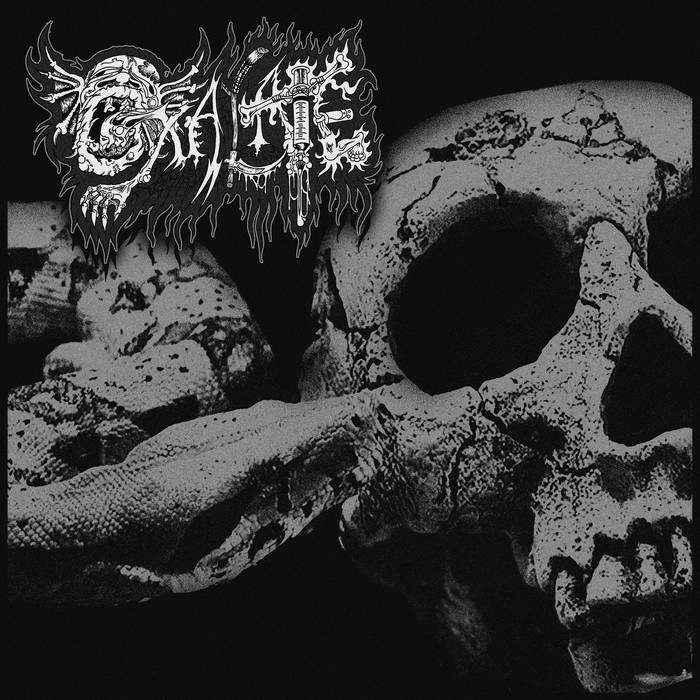