Back in February 2021 Tampa Florida Deathcore brutes Tactosa released a self titled EP of with one notable exception, sub two minute cuts for those with a short attention span. Like a heavy hitting prize fighter they  combine the one two of a jab followed by a left hook, with piercing vocals and heavy riffs that combine Metallic Hardcore with Death Metal. Now returning for a second round knockout vocalist Kyle Weeden, axe wielding duo Joseph Schultz and Jacob Peterson with rhythm section Vendel Lipcsei on bass and Joshua Archeval on drums double the length of the cuts for “Exit Wounds“. Steven Seagal won’t sue but his lawyers may have sharpened their pencils…

A pair of standalone singles have kept us warm over the past two years as we waited for the Tactosa to return with a lengthier offering and they don’t disappoint here. Shifting through the gears like a Juggernaut on the freeway “Dead Pacifist” is the opening cut that will completely broadside you if you’ve never heard the band before. A ferocious little ditty that crosses Extreme Metal subgenres in Incredible Hulk sized death defying leaps, it crosses Metallic Hardcore with shriller throat shredding vocals with Downtempo Deathcore breakdowns and Slam vocals while also having moments of pure Death Metal with blast beats galore from Archeval. That’s only made possible because the band keep things incredibly tight and the transitions between passages are incredibly slick. Slapping harder than a woman scorned  “Tastemaster” throws down the gauntlet with stuccato riff infestations and clicky bass while a well executed sample into a sinister edged breakdown is the absolute Chef’s Kiss. A couple of moments remind of The Agony Scene with searing pitching against a hellscape of Death Metal riffs before “DIY Autopsy” tag teams in Kyle Medina of Bodysnatcher for a powerhouse cut. It’s one of those which clearly had a name as the pair of vocalists spit blood and venom with fire and fury while standing out because it sits in the space between the heavier end of  Hardcore and Deathcore. The hammers are flying with “Augured In” which gets off to a smoking fast start before dropping off to a bass and feedback bridge into skull crushing breakdowns, the band never content to stick to one style. Constantly contorting and shape shifting to keep the listener on their toes could end up being a trainwreck but the band piece together the jigsaw puzzle of what sounds good together to carry it off surprisingly well. Closing on title track “Exit Wounds” finds Weeden increasing the injection of Slam vocals, his impressive range a part of what makes this so damn good. Dr Acula without the humour on steroids? Why not? It’s hard not to want to thrown your friends around to the final breakdown section of the title track – on the first listen – so this is one over far too soon. Forget about rehab, give us more! [8/10]

“Exit Wounds” by Tactosa is out 20th January 2023 and is available over at bandcamp. 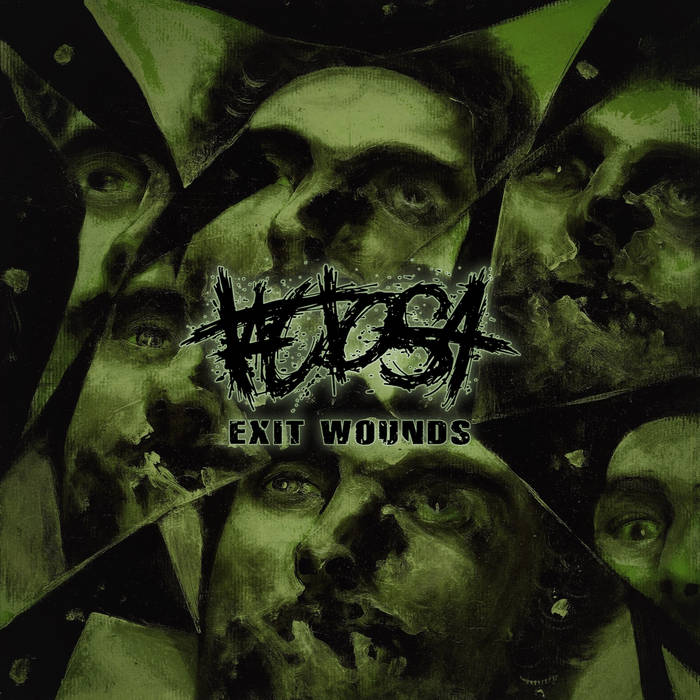