“Seaborne Monstrosity”, “Corpse-Strewn Path to the Citadel” and “Navigating the Transept” are just three of the works of Vikvanir, the project of Sydney Australian based multi instrumentalist and composer Zachary Carlsson also known for this work in Black Trillium. Inspired to write in Black Metal with Doom, Death and even Progressive Metal influences creeping in, his debut EP “On The Shoulders Of Gods” stretches to half an hour of power as a dream that was conceptualised in 2018 before finally coming to life amid the isolation of 2021…

How did your previous experiences writing and recording help to smooth the path of the new record? “As a writer or artist there are certain small things you will do every time, whether you notice it or not, and that can become your trademark or subconscious penchant, and I find having these small flairs or tendencies can lock you in when you start writing to your strengths and the songs almost start composing themselves and forming together in your mind. Personally, I had no prior experience with recording apart from the odd demo here and there, so the production was the biggest challenge during this project. It was all done in my home studio as I’m sure the sound gives away, but I felt that was in keeping with the black metal spirit and added to the atmosphere of the record as a whole”

How does the writing process of a new track start? Melody, riff or rhythm first? How does it evolve from there before you consider it the finished article? “That differed across the five songs, but it jumped between melody and riff. I find the evolution is pretty natural, riffs and melodies usually pave the way into the next section, and the right drum fill can help the transition dramatically. It’s hard to really explain it, but when you’re writing you just know what works as the song keeps building. I always like to have an ending riff or in the case of this EP a small soundscape that ties up the song but also reflects the themes of the title and lyrics, as an example the eerie chanting and bells during the outro of “Navigating The Transept”. I also applied another rule during writing, and that was to try and keep the riffs as simple as possible, almost just stripped down to alternating chords, leaving room to carry the vocals and other guitar work over the top”

What was it like working with Elise Carpio who provided the orchestration for the records? “Elise is an old friend of mine and a wonderful person and musician, so this was an extremely easy choice and she was happy to help with the string work, which was again all recorded at my home studio. She did a brilliant job and you can hear her parts across all of the songs. Some sections are less obvious and harder to pick out, but still added the desired effect and gave the tracks a certain charm and ambience in my eyes”

If you had the opportunity to work with a guest in the studio next time around, who would you like to work with and why? “Not too many names jump out at me here, but I think one guy I’ve been following in the scene who would be incredible is Krzysztof Klingbein, a Polish metal drummer I discovered online. Although my music isn’t very blast beat oriented I feel he could bring something special to that aspect of the songs, and his control and technique is immaculate”

For us gear nerds out there, can you tell us what you’re using gear wise (pedals, strings, drums etc) to get your sound? “So for this project I used an ESP EC Black Metal for all rhythm guitar parts, as well as most of the solos, along with an Epiphone Les Paul for some of the leads and solos and an old Yamaha acoustic too. Other instruments used were a Japanese Fender Jazz bass, a Roland SH-201 analog synth, and the drums were samples of a Pearl Forum Series kit with an assortment of different cymbals I’d collected over the years, played and programmed on an electric kit. The vocals, acoustic guitar and orchestral strings both went through a RØDE microphone”
What difference would it make to you as a band if you could land an endorsement from a gear manufacturer? “I think that might inspire me to try actively compose and practice more often, and also engage even more in the promotion of my music and the project. If things ever arrived at that stage I might even consider playing live performances I think, so here’s to hoping!” 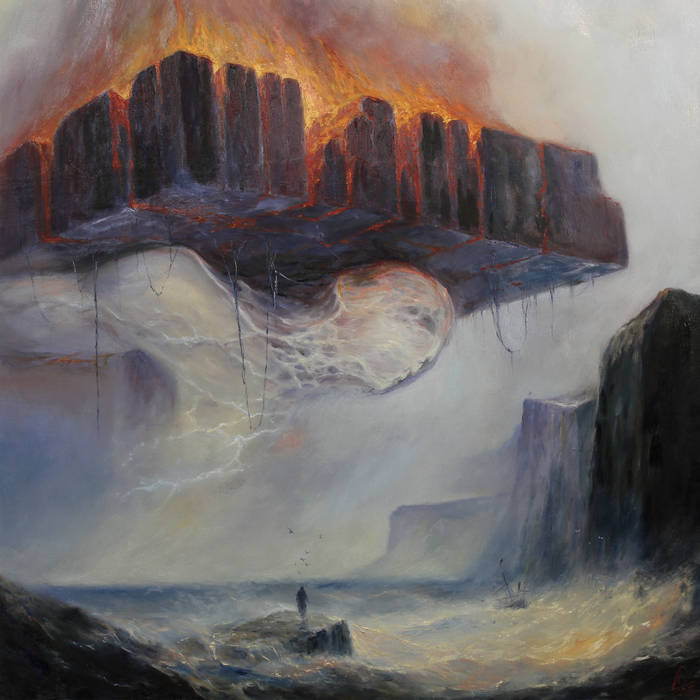