Hailing from Jacksonville Florida, Trash Panda are a Deathgrind quartet who cite bands like Pig Destroyer, Ingested and Cattle Decapitated as inspiration for their Death Metal dealings. Their debut EP “Valley Of Junk” was recorded, mixed and mastered in house by guitarist Anthony Roman who is joined on the record by drummer Harrison Linder and vocalist Devin Alford who also came up with the artwork with bassist Gary Malone joining the ranks after it was completed. Since the release, now at its first anniversary, they have shared stages with a number of heavy hitters including both  Fulci and Suffocation, perhaps a testament to the strength of the record…

…the brutality begins with the throat splitting vocals of Alford cutting through the powerhouse percussive blitzkrieg like a hot knife though butter on the opening tsunami of riffs that is “Opportunistic Feeding“. It’s a monster but it’s not as Slam heavy as one might expect, instead primarily being a Death Metal act with the ability to reach for those gut punch moments with alarming regularity. The title track flies out of the gate like a Pitbull on the War path bringing down the sheer intensity for a couple of moments of impressive groove and a surprise solo before putting the pedal to the Metal once more. While sounding DIY and a little raw around the edges, it’s still surprisingly professional studio sounding enough to have a broader appeal and Roman deserves all the credit for that. “Covered In Flies” is an absolute hammer blow but still has a moment of eerie melody in the middle before a Thrash inspired solo amid the Beatdown Deathcore punishment that is seriously infectious. How they’ve managed to bring the styles together so seamlessly is mind blowing. Rattling a few cages with a burst of pure aggression, “Matted Fur” is a 69 second onslaught that blast beats its way out of the bank that is surrounded by Cops with a Devil may care attitude and a face splitting Evil grin. That approach is then taken that little bit further with “Junkyard God” as the band go feral with their caustic abrasions before pulling it back for some groove laden Death Metal that is the absolute Chef’s Kiss. It’s like early Dr Acula on steroids that simply doesn’t hold anything back. Final cut “Omnivorous” is the confirmation of the bands intent as they roll up their sleeves and get ready for the Bare Knuckle fight of their lives in rip roaring fashion. A tune that sounds like the soundtrack to a bar fight scene in a Robert Rodriguez classic, this is very much one to savour [8/10]

“Valley Of Junk” by Trash Panda is out now! 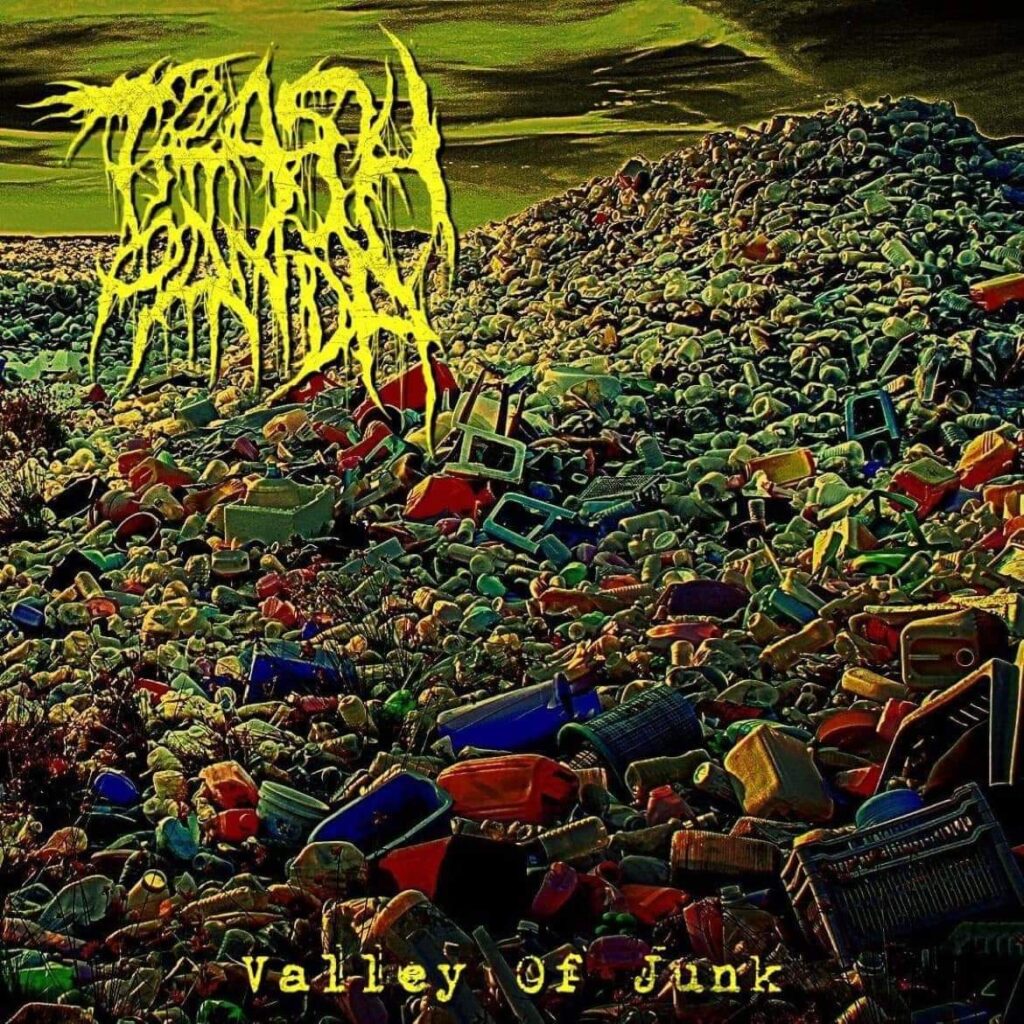 Tags:Pawns Of The Putrid God, Trash Panda, Valley Of Junk