Filmed at Forum Karlin in Prague Czech Republic on 20th January, “Sever The Hand” and “Like A Sword Over Damocles” from the set of Trivium on their European tour trek with Heaven Shall Burn and Malevolence have surfaced. The several times rescheduled shows were originally booked for the album before their current one “In The Court Of The Dragon” and if you want to know what we thought, check out our review of the London show at  Hammersmith Apollo. 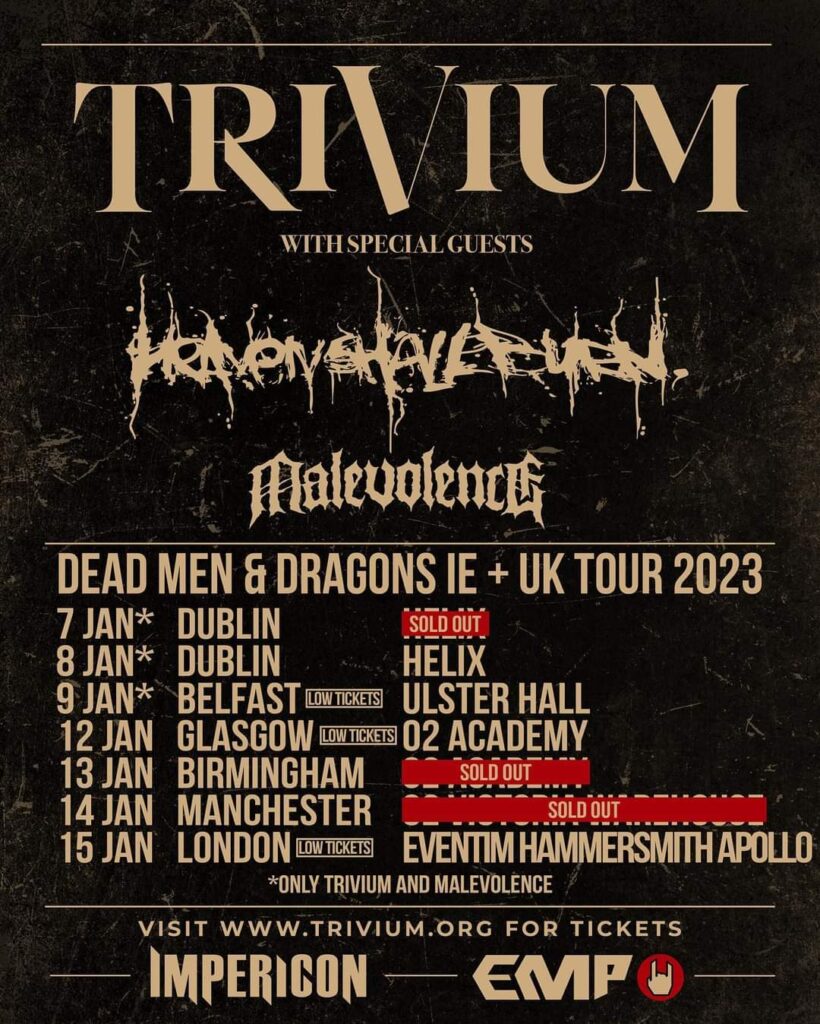 Tags:In The Court Of The Dragon, The Sin And The Sentence, Trivium, What The Dead Men Say