After six months of quiet following their appearance at the December 2020 streamed incarnation of Dissonance Festival alongside Knocked Loose, Whitechapel and Polaris, Italian stallions Damned Spring Fragranita have resurfaced with new single “Perpetual“. It marks the second single behind “Blank Stares” to feature the bands new drummer Jonatan Franceschini Batista, who like many has
Read More

On tour on our shores in February and one of the first wave of bands announced for this summer’s UK Tech-Fest at Newark Showgrounds, here’s ten of the the best live cuts from Italian Tech-Metal crew Damned Spring Fragrantia! Some pro-shot in high-definition, some fan shot from the pit! Their current EP “Chasm” was released
Read More 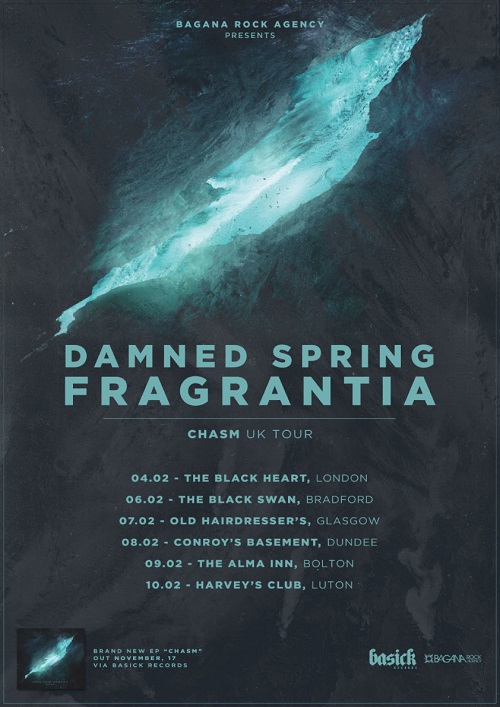 Having released their first new material in 5 years with new EP “Chasm” via Basick Records in November, Damned Spring Fragrantia from Parma, Italy will be on our shores in February! Their headlining run will be followed up in July when the band will be playing UK Tech-Fest! 04/02 – London, The Black Heart 06/02
Read More