Just how many bands are there out there that you love to hate? Were they bands that you enjoyed but then changed their style or simply bands that you never got into for one reason or another? There are bands that are out there who have made the big time that we simply don’t “get”
Read More

Dan from The Mike James Rock Show caught up with Palisades as they follow Sleeping With Sirens and Shvpes around like a lost dog on their current tour run having played Download Festival in the summer. “Erase The Pain”, the bands fourth studio album for Rise Records is out now.
Read More

Continuing their series from Download Festival (we’ve seen the pictures, it’s like a freshly ploughed field with the amount of mud around due to the rain!) the Mike James Rock Show caught up with Palisades, a band whose first couple of albums in the eletronicore style are a guilty pleasure. Talk includes the bands love
Read More

Pro-Shot at Amsterdam Hall & Bar in St. Paul’s Minneapolis, here’s a full set from Palisades! Current album “Erase The Pain” might not have been up to their previous high standards, but their high energy live show is still impressive!
Read More

The title track from Palisades newly created album “Erase The Pain” has been gifted the single status with this Jason Lester directed video that seems to be inspired by some brainwashing activities. It’s out now on Rise Records, check out our review!
Read More 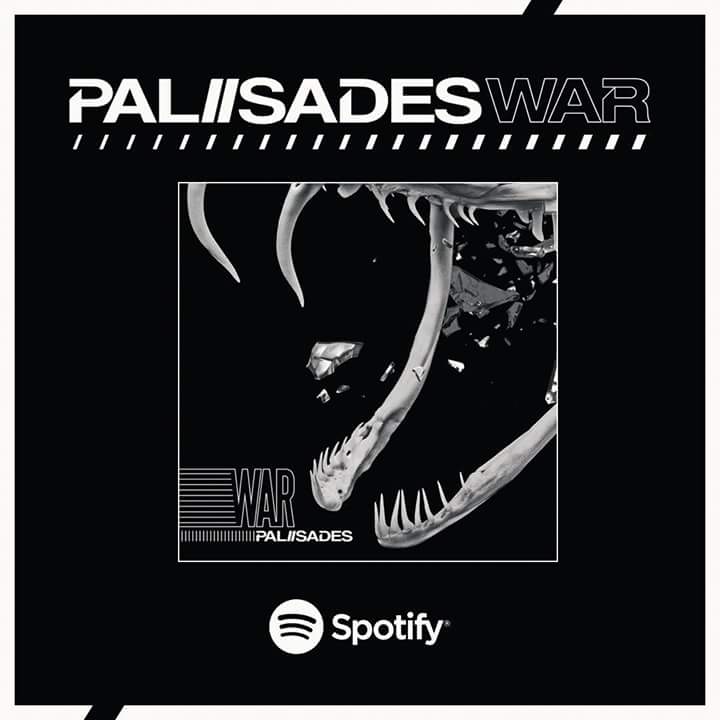 New album “Erase The Pain” appeared at midnight last night GMT via long term label Rise Records so Palisades have dropped a brand new music video for single “War” to accompany the release! Strange timing for a new album to appear? Very much so….
Read More

Following single “War”, Palisades have released a stream of “Fragile Bones” from their upcoming new album! Entitled “Erase The Pain”, it’s set for release on 28th December via Rise Records with pre-order bundles available here. The New Jersey quintet will be on tour in the US with Farewell to Fear and BtB.
Read More

22nd September in Atlanta Georgia saw New Jersey quintet Palisades perform a pair of new songs from their recently announced new album. While “War” has received the full music video treatment, “Push” is an as yet preciously unreleased number. Both songs are on the tracklisting for “Erase The Pain”, the new album that is slated
Read More

Iselin New Jersey natives Palisades have announced the release of a new album on 28th December entitled “Erase The Pain”. It will appear via Rise Records with first single “War” appearing yesterday and it’s one the band are already playing live. The below Pro-Shot footage was captured on 22nd September at The Masquerade in Atlanta
Read More