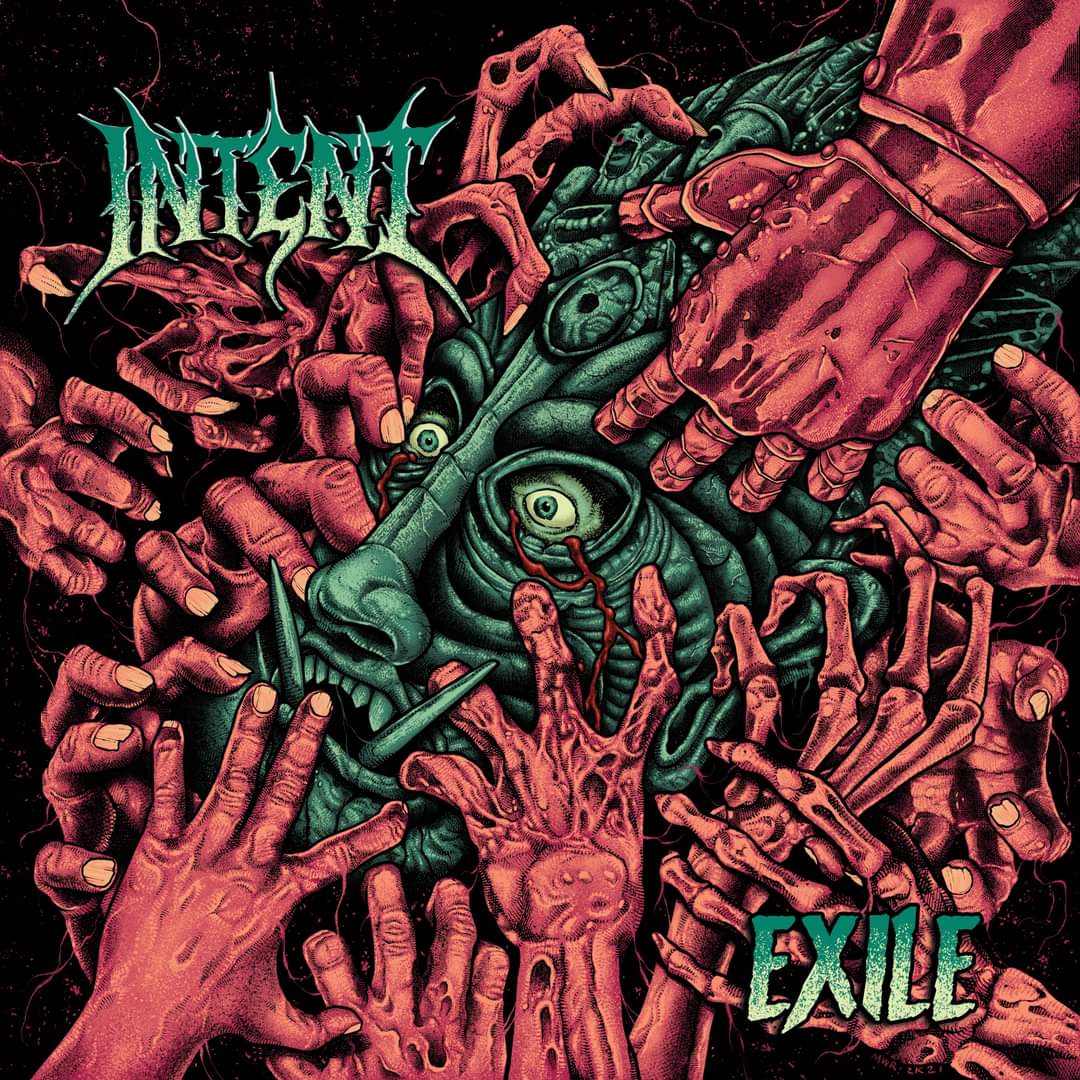 Rising Arizona Thrash Lords Intent have shared the ferocious opening cut “Victims of Conquest” from their upcoming new album “Exile“, one said to unleash commanding rhythms and powerful lyrics on a tremendous scale. Having cut their teeth supporting bands like Havok, Overkill and DRI with material from 2018’s debut “Vox Populi“, the time is now
Read More

After a wealth of line up changes in their early days Arizona Thrash Lords Intent have shared stages with the great and the good of the genre including Overkill, DRI and Havok in making their name, armed with 2018’s “Vox Populi“. The follow up has been a long time coming but recorded at Narcissist Audio
Read More

Ahead of their “No Man’s An Island” tour in December, The Raven Age have shared a timely reminder of just how good they are live with a rendition of “Hold High the Fleur de lis” from their set at KK’S Steel Mill in Wolverhampton that was used as the venue for their live stream event
Read More

It’s only right that following the high budget War themed music video for “Wait For Me” from The Raven Age that the band should take us behind the scenes and give us some of the back story behind it, so they’ve done exactly that. It is one that will appear on their upcoming compilation album
Read More

Traditional Metal flag bearers The Raven Age have chosen to splash the cash on a World War One themed music video for the latest offering “Wait For Me” from their 17th September arrival “Exile“. Not a new album in the conventional sense it will feature two new cuts plus a mixture of live and re-imagined
Read More

The second single from their upcoming “Exile” compilation album sees The Raven Age returning to “The Day The World Stood Still” for a stunning acoustic rendition retitled “As the World Stood Still” which has also been given a lyric video by Zak Muller. The album will drop on 17th September with two new original songs
Read More

Having announced “Exile” for 17th September, compilation of sorts that features a pair of new tracks, Mixed and Mastered by Matt Hyde (Monster Magnet, Soulfly, Slayer), it was never going to be long before The Raven Age announced a run of live shows to support it. Those will take place in December with the run
Read More

Mixed and Mastered by Matt Hyde (Monster Magnet, Soulfly, Slayer) and with pre-orders available here, The Raven Age have announced a new album with a lyric video for “No Man’s An Island“. The new record is called “Exile” and features two new original cuts plus fan favourite live cuts from shows with the likes of Iron
Read More