The arrival of the sophomore album from Arizona Thrash quartet Intent doesn’t just continue the resurgence of the genre as a whole but confirms the genres endurance in the present moment while proving that the golden age still has the power to inspire after four decades. Having formed in 2015, Intent had a few lucky breaks in their before their 2018 album “Vox Populi” reared its ugly head, opening for DRI, Havok and Overkill as they developed their sound and underwent a few line up changes. Now Jeremy Lambert (vocals and guitars), Garrett Loper (drums), Laithan Bellavance (guitar) and Patrick Murphy (bass) return with “Exile“, once again looking to make their presence felt…

…and they do so from the very start with the lethal dose of American hatred that is “Victims of Conquest“, a swirling ramage with all the classic hallmarks of the genre delivered at breakneck speed and sounding like “Beneath The Remains” era Sepultura fronted by Jamey Jasta from Hatebreed. The drum sound is absolutely thunderous as Loper smashes his way through the album title track with vicious intent and fierce energy to be matched by Bellavance who trades him a couple of incendiary Speed Thrash solos that like meteorite strikes on the Moon, make serious impact. The whirlwind of raging Thrash Metal shows no sign or relenting with “Shallow Earth” as the pummelling rhythms continue to appear at a ludicrous pace, the riffs flying in every direction making for a headbangers delight that doesn’t allow time for a sip of beer. Going a shade darker, “Primal Instinct” has a melodic introduction before building into the threat that the band have established, the vague reminisce of “Master Of Puppets” era Metallica floating around this one perhaps due to Lambert’s vocal tones or the way in which the lyrics flow. There is a menacing tone to the leads and a greater sing-a-long quality to the chorus showing a wider range in their abilities and another skillfully executed solo proves they are hear to slay.

They rhythmic prowess that Murphy and Loper bring to the King’s table is immense, driving each of the cuts forward with a sword held aloft and unleashing a blood curdlingly scream that may well have Max Cavalera looking for the band to open for Soulfly on their next US run while asking Bellavance to perform double duties for his band. The solos continue to appear with alarming regularity and supreme quality as “Verbatim” confirms there is no space for a soft underbelly in the middle of the album. Slowing things down, “Changing the Axis” takes a leaf from the Power Trip playbook, throwing down the Groove in unstoppable fashion. The change in pace is a welcome one that prevents the album becoming a challenging listen and when “Time” hits it brings the nuances of the sing-a-long chorus while also having a well executed dark spoken word passage. Time waits for no-one? Damn straight, especially when the band deviate into non-standard time signatures to create pure chaos. The second half of the record feels a little freer than the first half, the band loosening up on their go hard or go home approach making for more variety before “5th Column” hits like a freight train. A violent storm of a Thrash cut, it’s one to snap your neck to while cleverly dropping in a whammy bar moment to break it up… [7.5/10] 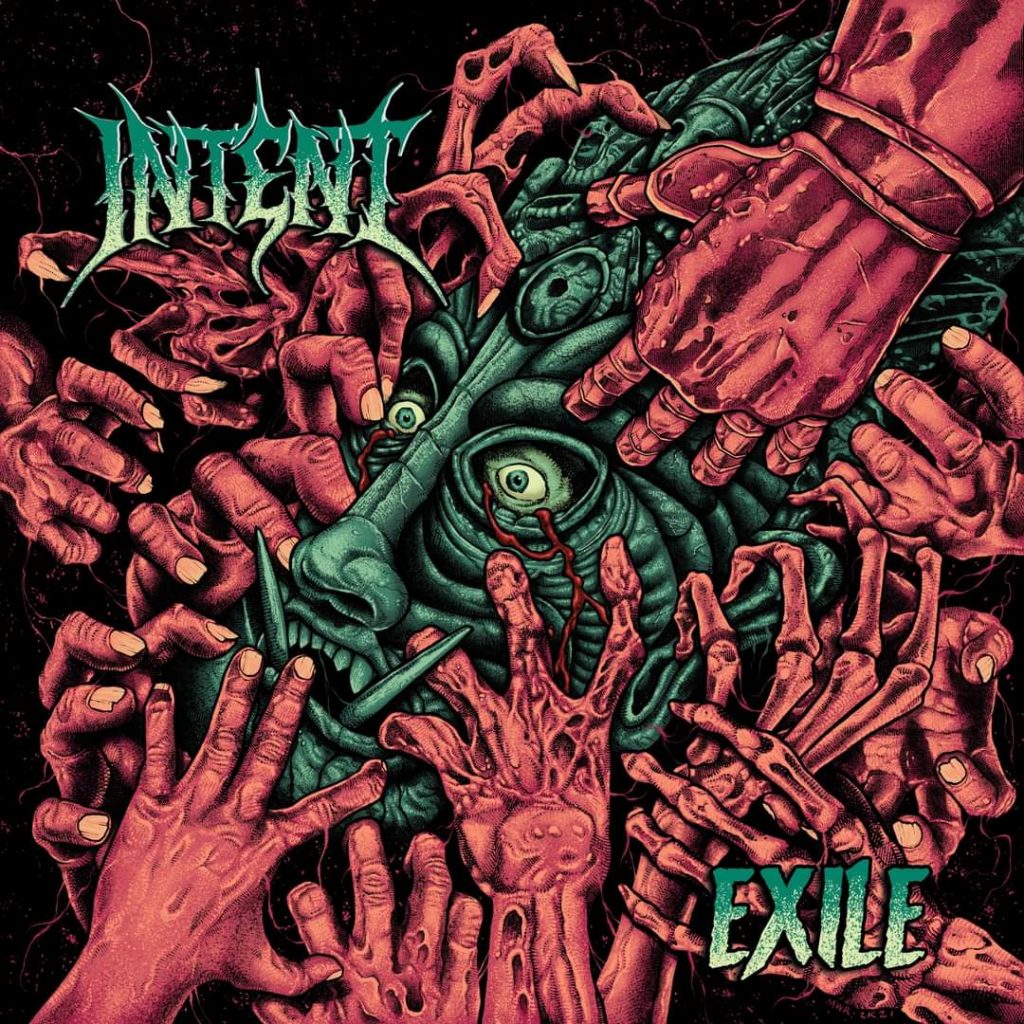