Back in 2006 a Hardcore band broke out of San Francisco with an album entitled “Killafornia” via Trustkill Records fronted by Carl Schwartz with numerous references and samples from the 1982 first chapter of the Rambo franchise. That band is First Blood. Something like 26 musicians have performed in the band since they started out
Read More

The importance of Syracuse New York Hardcore Punks Earth Crisis should not be underestimated in the context of the current generation of bands out there on Planet Metal. Since 1989, over their journey of six studio records they have developed a sound which is considered a crucial developer and influence for both the Metalcore genre
Read More

Going back to 19th January 2007 here’s a full set from Boston Massachusetts Hardcore warriors Death Before Dishonor. The venue is The RMC in Rialto California with the show being a headliner for First Blood. That year saw the band drop their sophomore record “Count Me In” in via Bridge Nine Records, the follow up
Read More

In the year that potentially sees the final part of the Rambo saga finally see Sylvester Stallone realize his age, it’s only fitting that First Blood should play some shows. The Hardcore supergroup of took to the stage in Holland at Stabruch Festival earlier this week, headlined by Agnostic Front. If you haven’t heard it,
Read More

Since last year’s “The Agony Cycle” EP, the Tucson Deathcore collective known as Decayer have been on something of a rollercoaster ride. Vocalist Harrison Burkardt, guitarist duo David Scordato and Devon Marr alongside drummer Taylor Bayless and bassist Keith Huffman have laid down a cover of “Pray For Plagues” for a Deathcore Tribute to Bring
Read More

Tucson Arizona Deathcore titans Decayer have been joined by Carl Schwartz of First Blood for a brand new single! The song, entitled “A Father’s Aggression” is the third and final pre-release single from the bands forthcoming debut full length album “End Note”. You can stream it here. The album will appear on 24th May via
Read More

Continuing our tribute to Queens New York Hardcore Punk heroes Sick of it All, it’s time to pit a pair of bands head to head with their cover versions! “Injustice System!” is one of numerous anthems that appear on “Blood, Sweat and No Tears”, the 1989  debut full length from the quartet. It was released
Read More 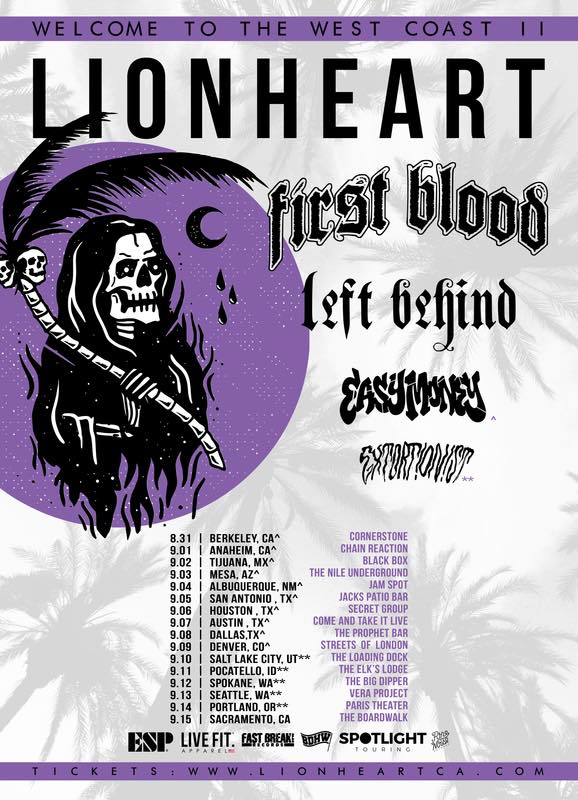