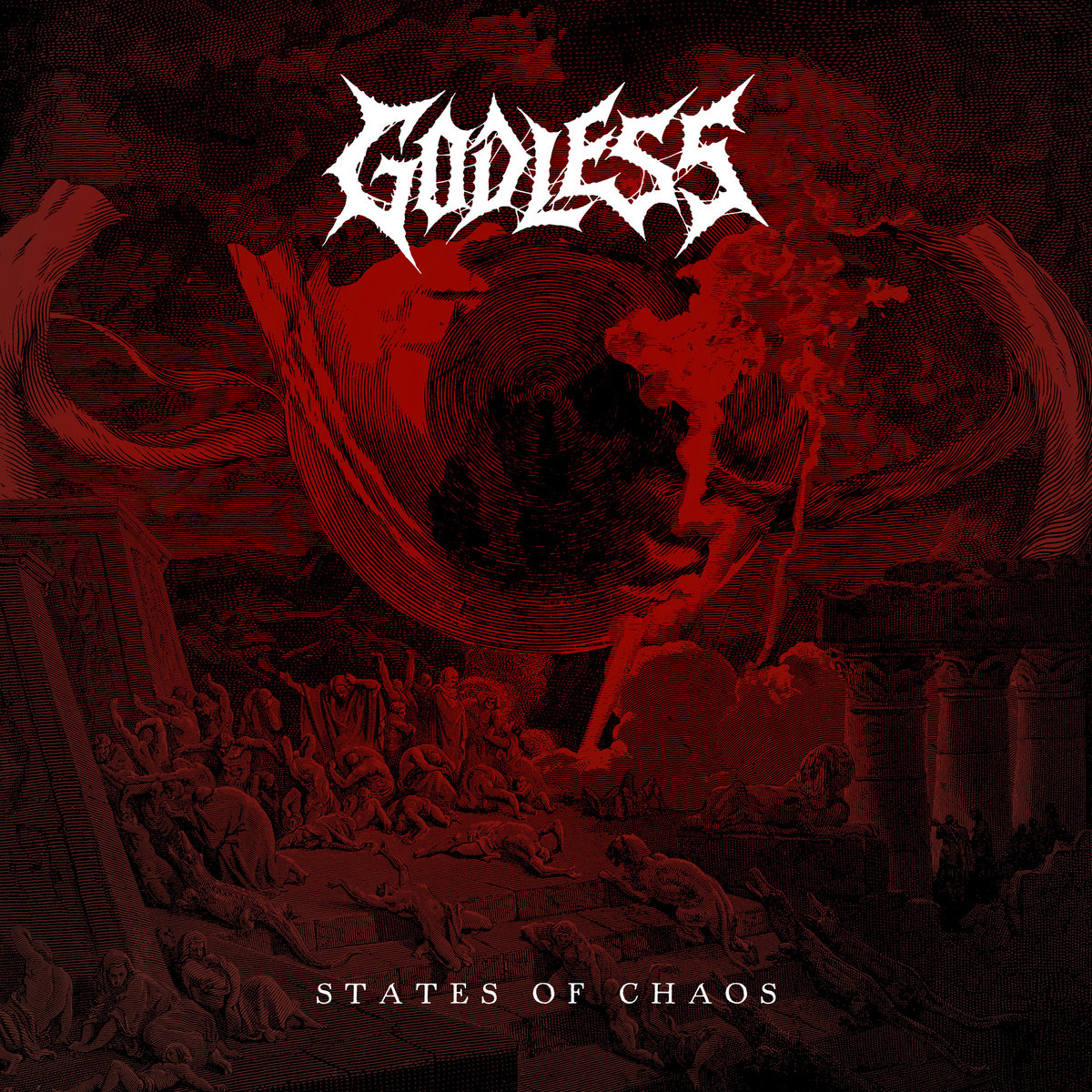 Indian Death Thrash monsters Godless have returned once more to their November released record “States Of Chaos“, this time for a hellscaped music video for “Cormorant” from Daniel Sharma and Couch Potato Productions. If you missed it, then the album is best described as eight intense cuts of incendiary proportions with the technical precision of
Read More

Recorded during the sessions for their November released album “States Of Chaos” but not released with it, Hyderabad, Indian death metal force Godless have issued their blazing take on the Slayer classic “Angel of Death“, on the occasion of what would have been their late guitarist Jeff Hanneman’s 58th birthday. A more fitting cover you could
Read More

Featuring guest drummer Vishesh Singh, Hyderabad, India’s Death Metal force GODLESS have issued the blazing new single “Fluxion” the latest preview of their impending debut album “States Of Chaos” which is set for 19th November with pre-orders available over at bandcamp. From their inauspicious origins within a very exotic metal music scene the quintet have risen through
Read More