Tag: I Set My Friends On Fire

Leipzig, Germany Metalcore crew Annisokay have released a new music video from their summer album release “Arms” via SharpTone Records. The single is entitled “Escalators” and has been timed to appear at the start of their “Fully Automatic” German tour with I Set My Friends On Fire.
Read More 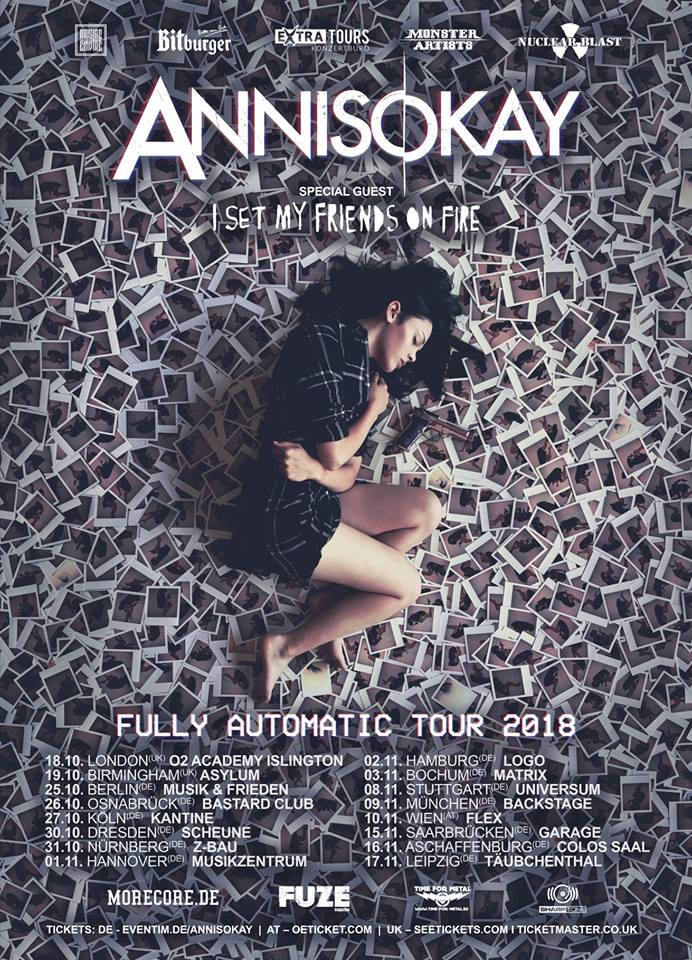 Metalcore crew Annisokay will be heading out on the European leg of their “Fully Automatic World Tour” with I Set My Friends On Fire in October having spent the summer months in the US and their native Germany. The tour will feature a pair of UK dates before the band return to Germany for a deeper
Read More