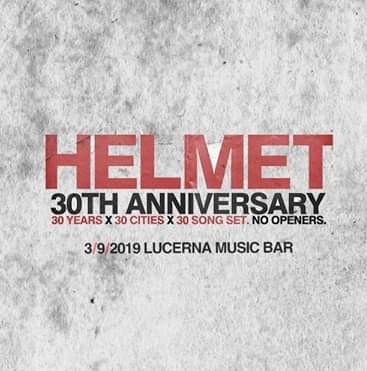 Celebrating their 30th Anniversary, New York Alternative Metal quartet Helmet have announced an “Evening With” style tour across Europe in October promising to play a huge 30 songs a night! The real question is… How may of those tunes will be from the classics “Meantime” and “Betty”? 4th Nottingham, Rock City 5th Leeds, The Key
Read More