Yes, you read that right. German Deathcore heavyweights Mental Cruelty have given us a 211 second behind the scenes video about “Inferis”. The new album will appear in just 9 days time on 10th May via Unique Leader. You can also catch them live on the Sounds of Carnage Tour that’s raging across Europe right
Read More

It’s not long now before Harbinger will be taking the stage for arguably their biggest tour run yet! They’ll be getting the Sounds of Carnage Tour off to a flying start before Left To The Wolves, Mental Cruelty, Nekrogoblikon and of course Rings of Saturn take the stage. That’s happening all across Europe with the
Read More

Featuring guest vocals from Dickie Allen, Karlsruhe Germany Slamming Deathcore crew Mental Cruelty are streaming new single “Tormentum”! The track is the latest pre-release from upcoming Unique Leader effort “Inferis” which will appear in May during the Sounds of Carnage Tour! Rings of Saturn and Nekrogoblikon will be joined by Harbinger, Left To The Wolves
Read More

Karlsruhe Germany’s Metal Cruelty, a Slamming Deathcore quartet, will be upon our shores in May with Harbinger, Rings of Saturn, Nekrogoblikon and Left To The Wolves on the Sounds of Carnage Tour. They have a new album entitled “Inferis” being prepared for a 10th May appearance via Unique Leader and have let a music video
Read More 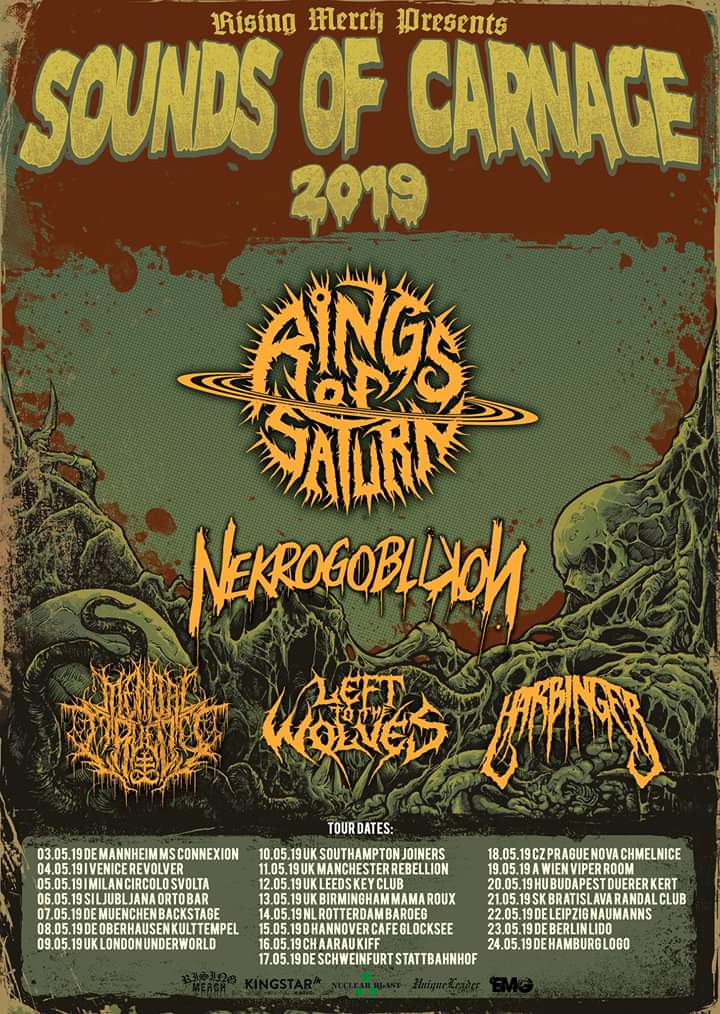 The Sounds of Carnage tour promises to deliver some serious riffs across Europe in May with Rings Of Saturn and  Nekrogoblikon playing co-headlining sets with support from Mental Cruelty, Left To The Wolves and Harbinger! There are five UK dates on the trek so this most definitely is not one to sleep on! 9th London,
Read More

Recorded by Dunamis Dynamics Studios and then Mixed and Mastered by Sonic Assault Studios, Winchester West Virgina Downtempo Deathcore crew Betrayer have put together a six track EP entitled “Sacred Tongues” to introduce themselves to the World. They’ve actually been at the game since 2016 and it should also be mentioned that there is a track
Read More