The sixth album from Californian Melodic Death Metallers Nekrogoblikon landed on the first of the month hand hasn’t left our headset, the 46 minutes of “The Fundamental Slimes And Humours” having the winning formula… And a Goblin. The band have shared a playthrough video for “This Is It” from lead guitarist Alex “Goldberg” Alereza, the
Read More 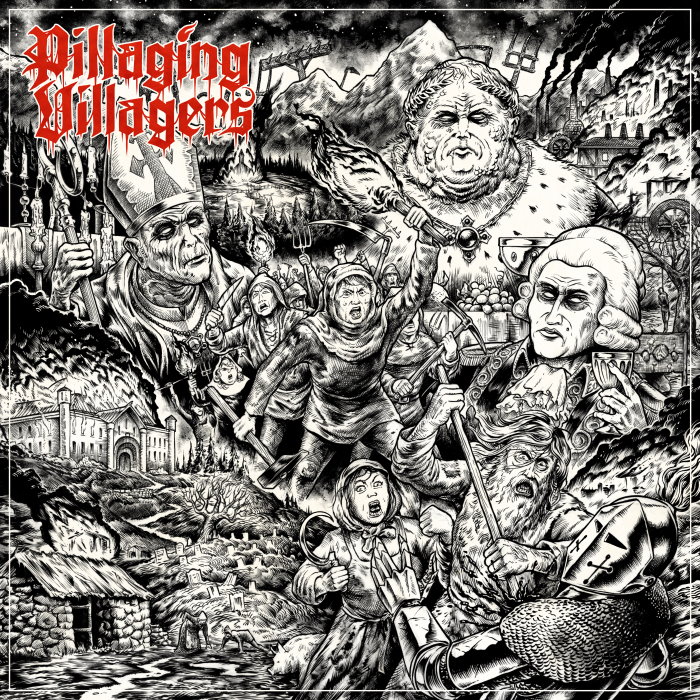 “The Fundamental Slimes And Humours” has offered up a second pre-release single in “Golden Futures” as Nekrogoblikon continue to prepare for the 1st April release although we maybe being fooled as the vinyl pressings will not arrive until October. The self styled “Best Goblin Metal on the Planet” have utilized the skills of Church Grim
Read More

Six years ago back in 2016, Chicago Illinois Burned In Effigy started out as an instrumental Neoclassical Melodic Death Metal quartet brought together by a mutual love of complex, melodic and heavy music. They unleashed hell with their 2017 debut EP “Terrestrial” which paved the way for shows in support of some major players including
Read More

…with a Flute intro performed by Matt Appleton from Reel Big Fish the first single from the upcoming new Nekrogoblikon album engineered and mixed by Jason Suecof (Trivium, The Black Dahlia Murder) titled “The Fundamental Slimes And Humours” has surfaced in “This Is It“, complete with a music video Directed by Brandon Dermer. The album has
Read More

With various guests that are set to appear, including Blake Anderson from Workaholics,  Reggie Watts, DJ Dillon Francis and Animals As Leaders guitarist Tosin Abasi, Nekrogoblikon have unvieled what seems to be the theme song for the new series of “Right Now“, the interview show hosted by their goblin legend John Goblikon. The new series is
Read More

An absolutely huge franchise that started out in the early 90’s, The Mighty Morphing Power Rangers super hero series based on the Japanese series Super Sentai has made serious money as has been moved between companies. The premise is simple, a mentor recruits teenagers with attitude to train into warriors with special powers who can
Read More