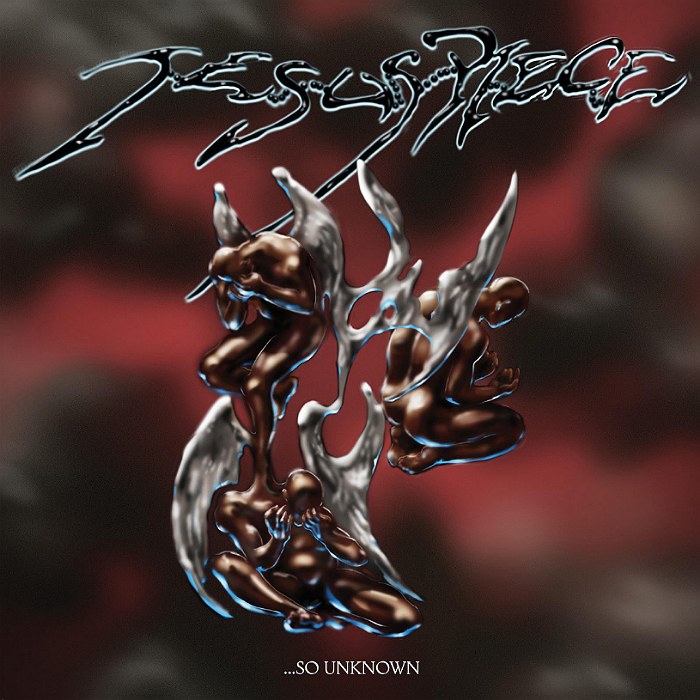 Set to take to the stage at Outbreak Fest in Manchester over the weekend of 23-25 of May, American Hardcore outfit Jesus Piece have announced their sophomore album “…So Unknown” will drop via Century Media Records on 14th April. Co-produced and mixed by Randy LeBouef (Every Time I Die, Orthodox) and clocking in at a
Read More

If like us you’ve endured the four year wait for new material from Hardcore meets Death Metal mercinaries Jesus Piece following their critically acclaimed album “Only Self” and numerous World tours, then you’ll be pleased to know that they have signed to Century Media. That news comes with the obligatory new single in “An Offering
Read More

Aside from the 2020 Kilbourne Remix of “Punish” there has been no new music from Philadelphia Pennsylvania Metallic Hardcore crew Jesus Piece since 2018’s caustic “Only Self” on Southern Lord Records with the band touring their asses of Globally but the promise has always been there. They’ll be joining Every Time I Die and The
Read More

Pro-shot multi-can footage of a full set at The Sound Of Revolution Festival in 2019 sees Philadelphia Pennsylvania Hardcore Kings Jesus Piece once again on the stage. The camera work is from Nick Tronckoe Media with the help of Roughneck Media with “Workhorse“, “Oppressor” and “Curse Of The Serpent” all taking their rightful place in
Read More

Pro-shot at Forrest Lodge VFW Hall and Club is Sellersville Pennsylvania on 10th July 2021, here’s a full set from Hardcore institution Jesus Piece. Having been lucky enough to witness their live show when they played Camden Underworld in London in support of Terror, we can hand on heart tell you that this isn’t a
Read More

Courtesy of Nick Tronckoe Media here’s a pro-shot full set from Pennsylvanian Hardcore Kings Jesus Piece at Paris Hardcore Fest 2019. The set includes the classics “Workhorse“, “Oppressor” and “Curse Of The Serpent” with additional camera work by Valentin Clemot of Violent Motion. You’ll be hard pressed to find a fan of their album “Only
Read More

Another set of dedicated drum cam footage of Jesus Piece sticksman Luis Aponte has appeared, this time courtesy of hate5six. The show took place on 21st December 2019 at Reverb in Reading, PA with a seperate full show bootleg already out there. We can not wait for a follow up to 2018’s “Only Self” to
Read More

You got that right. Dedicated drum cam footage of Jesus Piece sticksman Luis Aponte hammering out a full set at Outbreak Fest in Canal Mills, Leeds on 16th June 2018, courtesy of Sean Pitcam. What more could you wish for? A custom fit coffin with a velvet interior and a bucket of chicken? Well, OK
Read More

Another one from the 15th January 2020, Stay Gold in Melbourne, Australia show sees a full set performed by Jesus Piece drummer Luis Aponte from a dedicated camera positioned above the kit. So If there is a track from “Only Self” by the Philadelphia, Pennsylvania Metallica Hardcore crew that you just can’t quite nail, you’ll
Read More

It must be time that Philadelphia Pennsylvanian Metallic Hardcore crew Jesus Piece took heed of the word from their label Southern Lord and got back into the studio to record a follow up to “Only Self“. There is absolutely no doubt that the band will be fired up by the current state of World Address
Read More