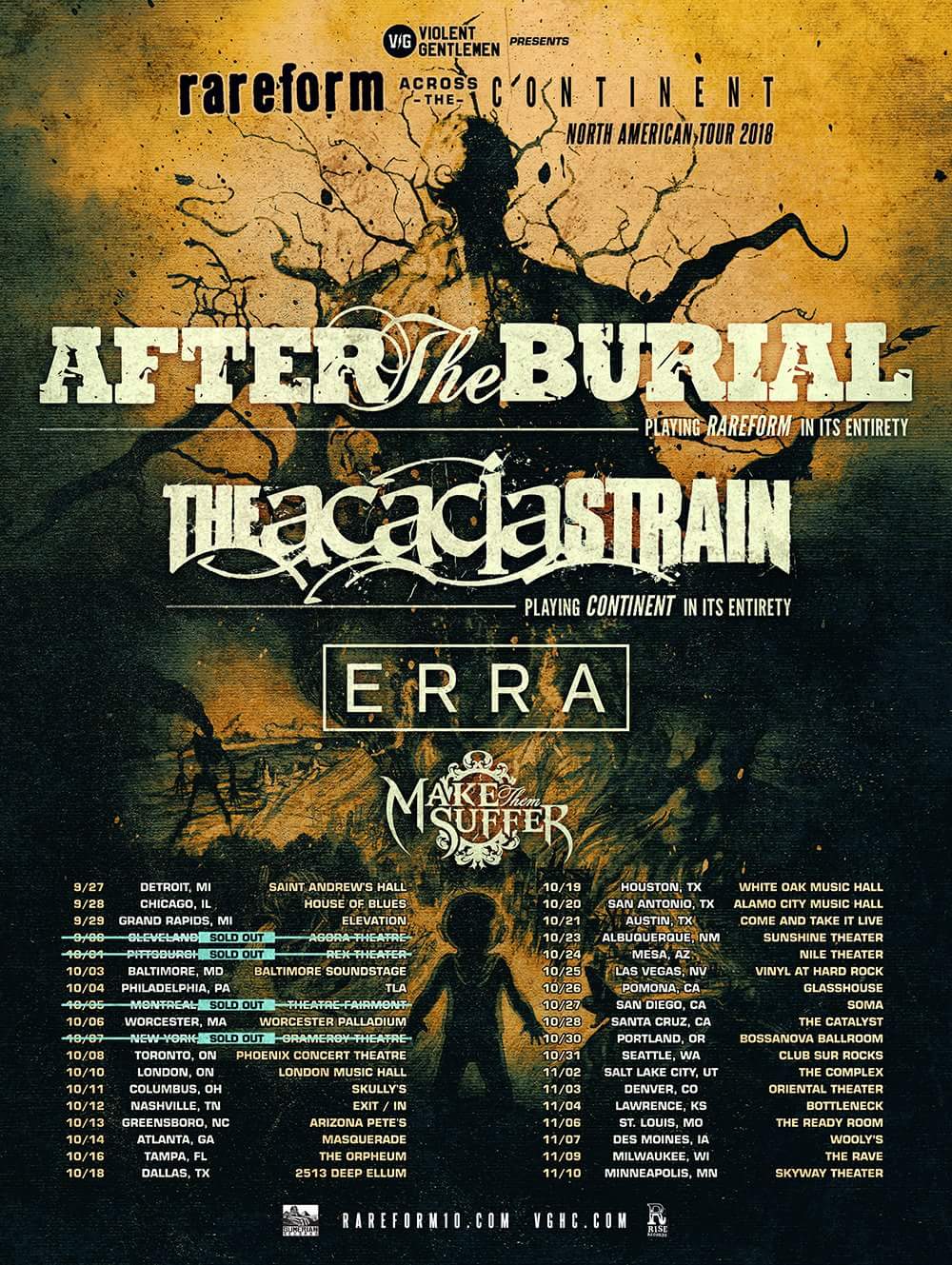 Filmed on the “Rareform Across The Continent Tour” that sees After The Burial performing their 2008 classic album “Rareform” in its entirety (albiet with current vocalist Anthony Notarmaso rather than then vocalist Grant Luoma), here are a trio from their set in Atlanta Georgia.
Read More

You want more?! Here’s the Pro-Shot full set, After The Burial performing “Rareform” in full in Toronto Ontario Canada on 8th October! The tour sees The Acacia Strain also performing “Continent” in full with support from Erra and Make Them Suffer!
Read More