After the heartbreak of having to end their European tour prematurely due to no longer being able to enter Switzerland or Italy and worse still having to stand by the side lines and watch tour mates Ghost Iris play Zurich, Milan and Modena shows without them, Prague Post Hardcore quartet Skywalker have picked themselves up,
Read More

…with “Late Eternity” just around the corner on 19th February, Pale Chord Records have reminded us just how good post hardcore quartet Skywalker really are with a music video for “Charon’s Song” that sees the band dancing on a Persian inspired rug. The limited edition vinyl pressing is available for pre-order here…
Read More

The post-hardcore musings of Skywalker have them inking a deal with Pale Chord for the release of their new album which looks like it is set to feature previous singles “Setting Stone” which features Florent Salfati of Landmvrks and “Soundtrack” as well as “Every Grief“, which has surfaced today. The band have mentioned that the
Read More

Perhaps future touring partners, Post-Hardcore quartet from the Czech Republic Skywalker have been joined by Landmvrks vocalist Florent Salfati for new single “Setting Stone“. It’s one of a trio guest appearances on the bands debut full length, “Late Eternity“, with Connor Hallisey from Our Hollow Our Home and former Alazka frontman Kassim Auale being the
Read More

Liverpool via Prague Post-hardcore quartet Skywalker were among the first to do a live stream during lockdown, which took place on 29th March in the wake of their cancelled tour run with Deez Nuts and Unity TX and now they’re back with a new cut entitled “Soundtrack” that has distinctive Nu-Metal introspective lyrics. Is Nu-Post-Hardcore a thing?
Read More 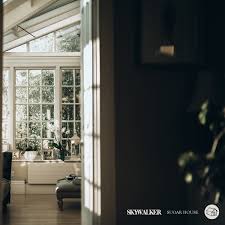 After their European Tour with Deez Nuts and Unity TX got cancelled, Liverpool via Prague Czech Republic Post Hardcore act Skywalker faced some tough times financially. But they’ve had some help from their fans and friends and got together with Dreambound to release a live in their rehearsal space show for us all to enjoy.
Read More