Richmond Virginia crossover Thrash act Municipal Waste played their first show at a Richmond New Year’s Eve Keg party and then got blamed for inciting a riot. They spoke to Resurrection Fest three months before their current EP “The Last Rager” appeared in this newly renovated interview before their set at Spain’s biggest Metal Festival.
Read More

…talking about Richmond Virginia, here’s a full pro-shot set from their resident Pizza Thrash act Municipal Waste at Hellfest 2019! Taking place in Clisson France at the Main Stage of the event, it sees them at their beer chugging, poser crushing, crossover Thrash best. If you missed it, they have EP “The Last Rager” out
Read More

Richmond Virginia Crossover Thrashers Municipal Waste have been telling tales about alcohol, cannibalism, mutants and… Thrash since 2001 while joining both Thrash and Hardcore bands at shows all over the Globe. We had the pleasure of witnessing their live debauchery on The Persistence Tour and these Gentlemen know how to party! Six studio albums, three
Read More 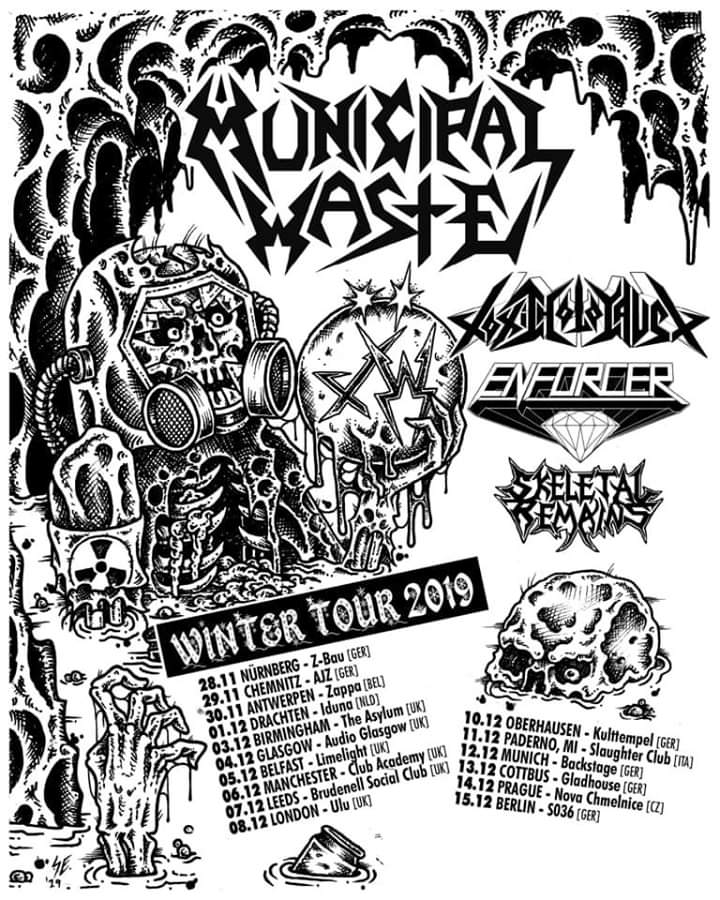 When they announced a European Winter Tour with dates upon our shores in December, there was no hint that Municipal Waste were planning to drop new material on our unsuspecting skulls. But here is “Wave Of Death” from a brand new EP entitled “The Last Rager” that is slated for an 11th October rise from the
Read More