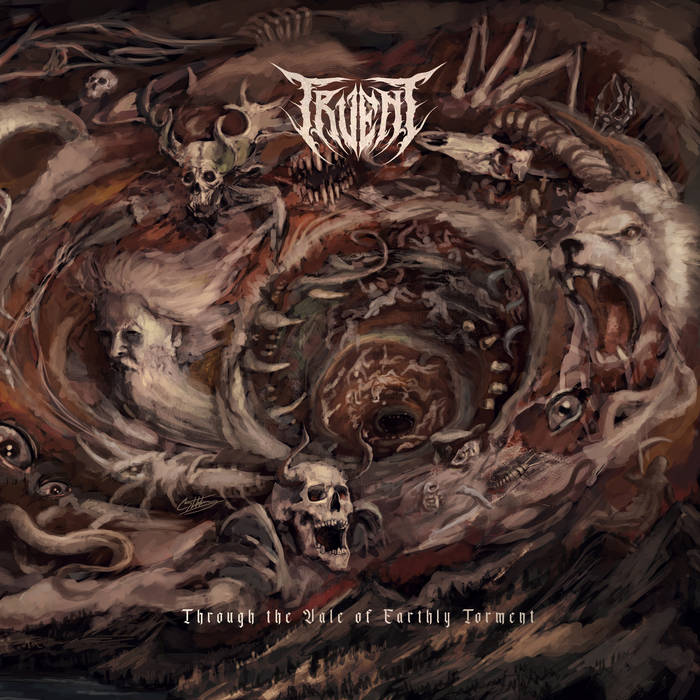 “Written and recorded while the world was being ravaged by the pandemic, Through the Vale of Earthly Torment was an exercise in escapism for us from the grim realities of life in turbulent times. While not a concept album in the traditional sense, we turned to themes of mythology and lore, exploring how people from all corners
Read More

Vancouver British Columbia Canadian based m  Progressive Death Metal quintet TRUENT have released the official video for new single “This Verdant Coil“, a second track from forthcoming album “Through The Vale of Earthly Torment“. Recorded at Creativ Music Space in North in the Spring of 2021 with producer Tim Creviston (Spiritbox, Angelmaker, Misery Signals) who
Read More

Guest vocals on “Scathe of Branches” by Keaton Campbell of Of Modern Architecture, Vancouver Canadian Progressive Death Metal quintet Truent will self-release their full-length debut album, “Through The Vale of Earthly Torment” on 17th June. Recorded in 2021 with producer Tim Creviston (Spiritbox, Angelmaker, Misery Signals) the first single is  “The Last Hunt” with pre-orders
Read More

A one man with guests Black Metal project, the man behind Snakeblade is Mike Redston from Vancouver, Canada. On board for his debut release are a collection of well known local musicians including Devan Howes of Kayas; Dylan Parker of Protosequence and Matthew Pancoust of Truent who each provide guitar solos. An album influenced by
Read More

A one-man black metal band born in Vancouver Canada, Snakeblade have announced a debut album in “The Kingdom” that has a handful of guest solos from other Canadian musicians including Devan Howes of Kayas; Dylan Parker of Protosequence; Kyler Li and Matthew Pancoust of Truent and is introduced with the single “When Kingdoms Collide”. The album
Read More