Originally recorded and mixed at Recardamatt Studios, “Synthetically Revived” appeared in 1991 on the Suffocation debut EP “Human Waste“, the first ever CD released by Relapse Records, so as the label are celebrating 30 years in the business this year, putting this track into our weekly head to head seems perfectly timed. The song was later re-recorded at Morrisound Recording in Tampa, Florida with producer Scott Burns for the bands 1995 album “Pierced from Within” as the band switched label to Roadrunner Records. For those who aren’t in the know, Suffocation are an American Death Metal band who formed in 1988 in Centereach New York. Their 1991 debut album “Effigy Of The Forgotten” essentially became one of the corner stones that made up the foundation of the Death Metal sound in the 90s.

The Suffocation track “Synthetically Revived” is so impressive that it inspired a Brutal Death Metal band from Slovakia to use it as their moniker, while Monaco’s Kabbal took the name for their 2002 album. In the Red corner we have German Technical Death Metallers Obscura payed tribute to Suffocation with their version of the track on on their album “Retribution“. In the Blue Corner we have Berlin based Harmony Dies. When their 2016 album “Indecent Paths of a Ramifying Darkness” dropped via Defying Danger Records, they did the decent thing and limited it’s release to 666 copies. Who wins? You decide! 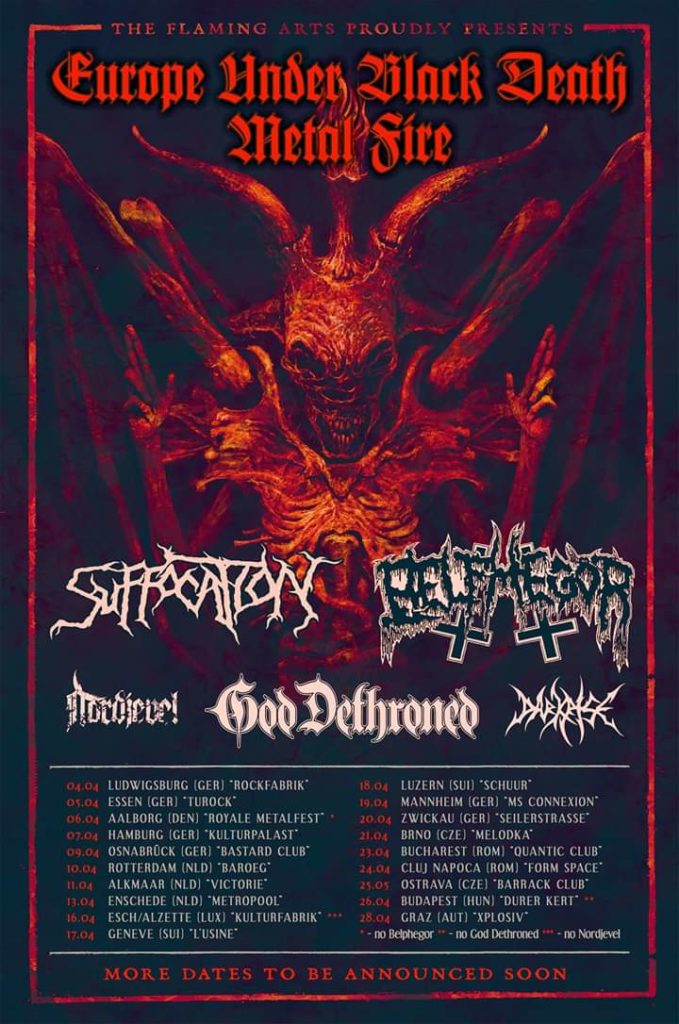