Following the arrival of their sixth studio album, the Russ Russell (Napalm Death, At The Gates) produced “Hard To Kill” on 23rd October, Corby’s finest Raging Speedhorn have now added some dates to their previously announced socially distanced tour. It will see the band play a total of eight shows to limited audiences in November and December, including a double header in Bournemouth. The full run is as follows… 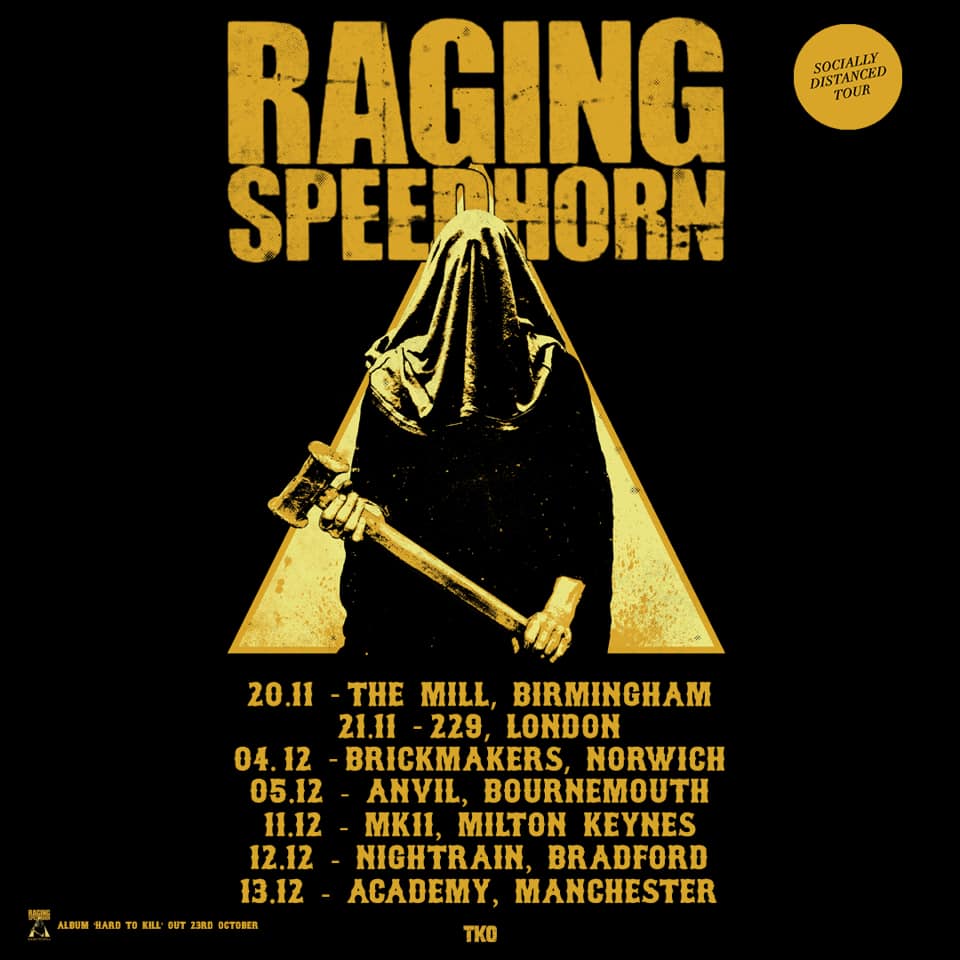