Skip to content
HomeReviewReview: “Enlightened In Eternity” by Spirit Adrift

From humble beginnings, primarily as an outlet for multi-instrumentalist Nate Garrett (lead and harmony vocals, guitar, bass), Spirit Adrift started life in 2015 as a studio project encompassing his love for hard rock sensibilities and multiple strains of timeless heavy metal, taking influence from bands like Black Sabbath and Corrosion of Conformity. With the addition of permanent drummer Marcus Bryant, the band started performing live in 2017 and swiftly became a force to be reckoned with. 2019 was a landmark year in the life of the band with “Divided By Darkness” being not only a critically acclaimed album but also one that made an appearance on numerous end of year lists…

…Garrett makes great use of guitar layering on “Ride Into The Light” with his impressive lead licks intertwined with the rhythm parts neatly and the song has that instant appeal of something you might hear in a Biker Bar or Metal Pub and enjoy whilst knocking back a shot and a beer, with hints at Stoner Metal bands like Monster Magnet underneath a more modern production. Garrett is the kind of musician that makes others turn into green eyed monsters because with the likes of “Astral Levitation” he proves that as a multi instrumentalist he not only does everything, but he does everything very well. His lead guitar parts are perfectly balanced, his bass work providing the perfect undercurrent and his vocals soaring. His range vocally is phenomenal and his songs have a timeless quality, making good use of modern production techniques to bolster them so that they never sound retro or nostalgic, instead sounding of a classical style but fresh. “Cosmic Conquest” steps up the attitude with some bright leads that deliver a wow factor as Garrett shows off, he’s more than a match for Zakk Wylde of Black Label Society, Ozzy Osbourne and Zakk Sabbath fame and if there was an opportunity to see the pair do a head to head or to collaborate on a song, it would be the stuff of legend. “Screaming From Beyond” brings a Hard Rock punch with drummer Marcus Bryant impressing, while the leads are kept in check. The opportunity to let fly with an elongated virtuoso solo is there but isn’t taken, instead the song remains delightfully understated…

…the second half of the album starts with “Harmony Of The Spheres“, which in the guitar work has some Metalcore riffs, the kind of thing that you might have heard from Atreyu or Avenged Sevenfold way back when. It makes for a bit more blood and thunder in the groove and steps left from the previous cut, showing that Garrett and Bryant have much more in their arsenal. A dirty bassline brings in “Battle High” before a huge pick slide and some Led Zeppelin esq riffs. Lyrically the band name says it all, these songs largely echo a certain spirituality, not that they’re religious in anyway but instead run on themes of Heaven and Hell as concepts, rising to an astral plane or falling into the depths of darkness. They’re vague enough that you can find your own meaning in each one and have less of that personal and direct approach that is all too common in other genres of Metal these days. The driven riffs of “Stronger Than Your Pain” make for a glorious headbanger of a listen, it’s up tempo groove having an air of familiarity about it that gives it an instant hook, the sing-a-long vocals in perfect balance. Closing on a the slow and meloncholic “Reunited In The Void” with hints at the work of Crowbar without the Sludge Metal backdrop is a nice touch, a song that wouldn’t work anywhere else on the album, it makes for a fitting finale to an album of soul and substance [8/10] 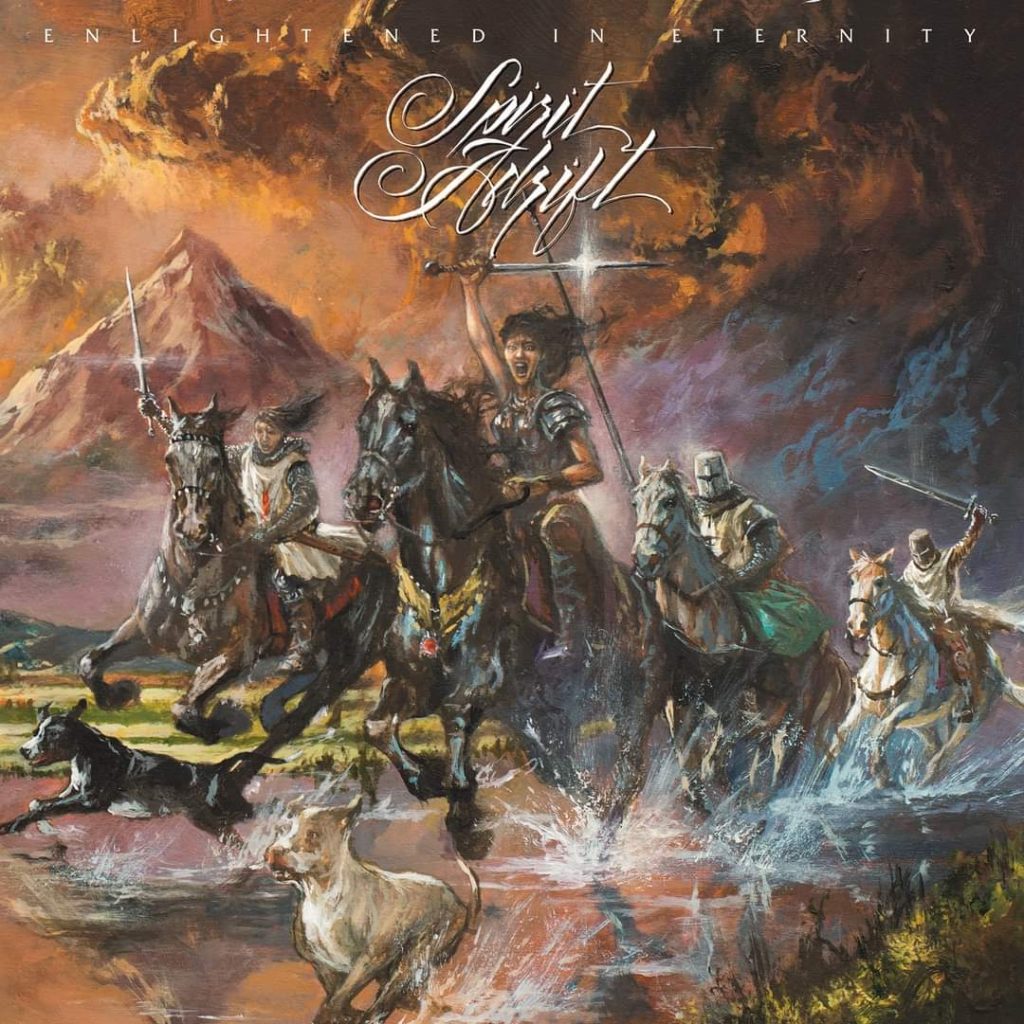