Skip to content
HomeReviewReview: “Furies in the Steppes from Russia” by Noitatalid

Citing influences from the likes of Slayer, Carcass and Obituary, a Brutal Death Metal trio who like to dabble in grindcore, Andrei Tatalid (Guitar & Lead Vocal), Vitaly Tatalid (Bass Guitar) and Aleksey Tatalid (Drums) hail from Ilyinsky Pogost in Russia and form Noitatalid, loosely translating as ‘Witch Tales‘. Their debut album “Furies in the Steppes from Russia!” was mixed and mastered by Valentin Carreau, who also helped create the cover art, so with a sophomore album already written and ready to be recorded the band have been granted a re-release two years after it’s original publication…

…the sound of flies on corpses in a post apocalyptical wasteland is heard during “Steppes“, an introduction piece that sets a Judge Dredd tone before “I Lie And Win” gallops in with Aleksey Tatalid producing a brutally metronomic performance that would be befitting if it was from the atomic clock that is Gene Hoglan himself and continues throughout the album. A vocally sinister spoken word from Andrei Tatalid runs through the whole record, it has a machine like quality to it builds on the earlier science fiction vibe and with the drumming performance it has echoes of more industrial acts like Zebadiah Crowe, without their being many of the elements you would usually associate with that scene. The spoken word is unnerving in it’s tone and makes way just once, for a more Slam influenced and indecipherably brutal tone in the rapid fire riff affair that is the oddly titled “Jim“. Lyrically, the band share their the point of view on society, political issues, chemical castration by food and other subjects using metaphors, which plays into the hands of their chosen vocal delivery very well. There are samples in various places on the record including “Jim” which are for the most part well used but a couple of quirkier ones throw everything off on the first listen as if zapped into local radio during a long drive in the middle of your favourite song. Fortunately they become less challenging over multiple listens. The absence of solos becomes starkly obvious by the time “Snow, Lamb, Wolf” reaches the gates of Hell; there is the space for them but the trio prefer to deliver pummeling rhythmic battery at break neck speed with sinister tempo changes and quirky fills instead. The oddly titled “White Buttock” is full of frenetic staccato riffage of the highest order before making way for the pun that is “Voiceless” as it is quite literally an in instrumental and it’s use of odd time signatures as it plays through if off kilter fashion is something of a homage to Carcass. “Furies in the Steppes from Russia” isn’t a traditional Brutal Death Metal album by any stretch of the imagination, instead a dark science fiction b-movie for an afternoons entertainment on the darker side of life… [7/10] 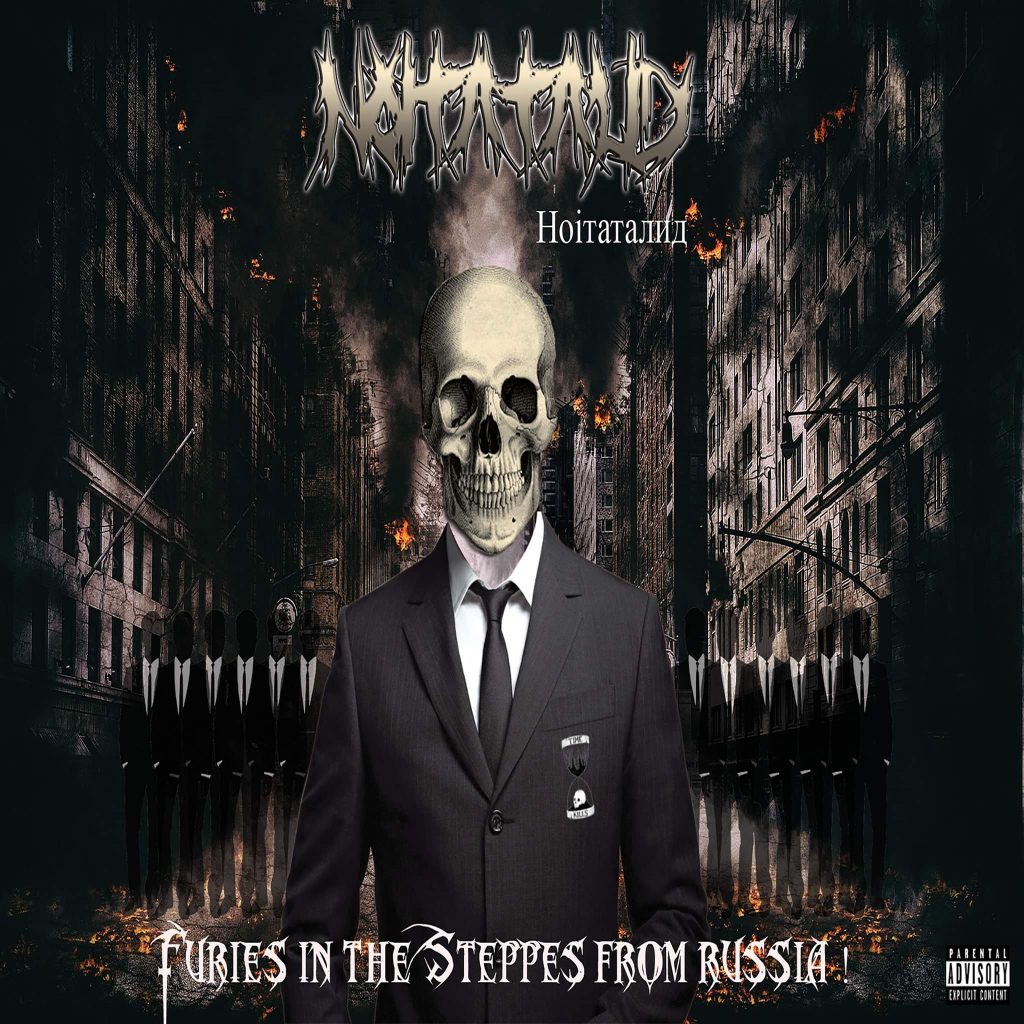