Taking their inspiration from the cold and harsh brutality of nature, Åskog is a newly formed Black Metal duo residing in Vänersborg, Sweden and while they work on a full length record, they have given us a glimpse into their barren World with a trio of songs cut as a first demo that were written and recorded between July and August of 2020. To use their words, while other bands typically glorify a romantic vision of hell, prance about in cloaks chanting magical spells or sing about war, Åskog believe the darkness is much closer to home. “You only have to watch nature documentaries to realize the natural world is truly a horrific place. The great outdoors is romanticized, but the reality is it is brutal with no room for concession or concern”.

Black Metal is comprised of extremes and there are bands who believe it is only right that their work is recorded in a raw and primitive fashion in a cave but that isn’t Åskog. They chose to go against the grain and introduce other elements into their sound with other styles of Metal seeping into their sound, so while this is release is called a demo, it doesn’t sound like one. Opening cut “Varg” is a menacing, brooding and sinister piece of work that keeps the flow of riffs coming with a dark cloud of atmosphere and little nuances that grab your attention over multiple listens, short bursts of blast beats from their session drummer adding to the complexity of the bands style. “Korp” offers more, continuing the ethos presented with some fierce vocals in traditional style that sound like they should have been recorded in a bleak mid-winter instead of the summer months. A solo of majestic quality is the last thing one might expect but it leads into a galloping blast beat passage of purist force before the final words echo from the chambers of hell. “Vatten” might have been kept back for the cassette but it is once more rich with ideas, flowing between the oppressive Black Metal tones and some expansive touches from other genres, another bright solo being a complete face melter and air guitarists dream. Åskog are a duo of potential so bright it will burn your retinas [8/10]

“Varg” by Åskog is out 16th October with pre-orders available here. 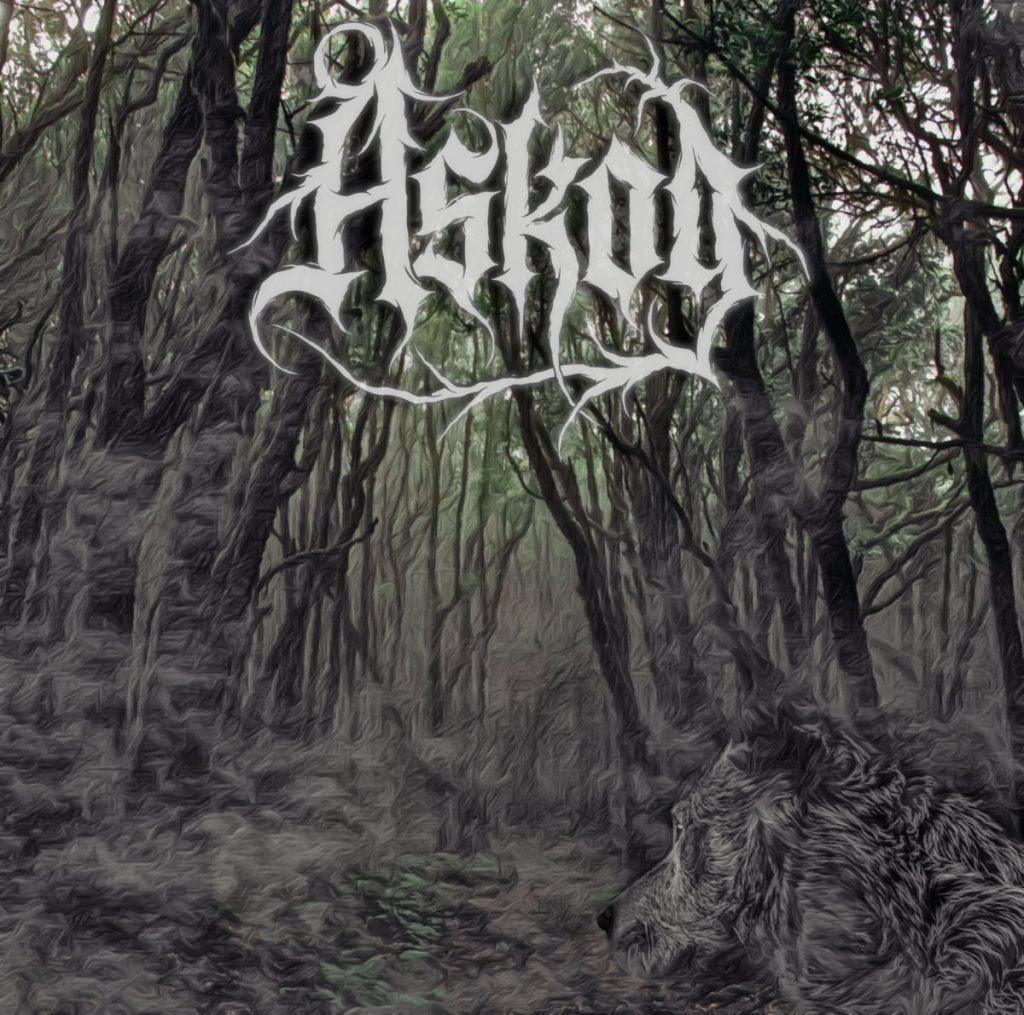