Recorded live at Graveless Studios during the Great Plague of 2020 before being mixed and mastered by drummer Michael Girard the new album from Scuzz has arrived. Hailing form St. Louis Missouri, by the side of the Mississippi River is where the rowdy instrumental trio (rounded out by guitarist Donny Thurmon and bassist Jandro Montero, who also created the cover art)  find themselves creating their music, an intoxicating brew of of riff-heavy stoner hymns, punk rock, doom and psychedelic elements that sounds like a mind trip. The trio are joined on this one by three guests in Mikey Peterson who provided additional Percussion, vocals from Brooke Swope and Synths and FX from Nick Rodriguez.

The last we heard of Scuzz was their 2017 album “Bong Rips from the Grave” and the band have certainly progressed nicely down the road from there with their thunderous Monster Magnet esq grooves very much the soundscape the Robert Rodriguez series “From Dusk Till Dawn” as they paint images of bikers drinking whiskey and raising hell in the San Antonio desert terrain during opening pairing “Volatile Doom” and “Children of the New Dawn“. There is more to this band than meets the eye though and “Wild Trip on a Legless Horse” brings a hallucinogenic quality with some vibrant leads and Spirit Adrift esq moments, while in the mid section, much to our surprise, having some more progressive vibes. In creating instrumental music, there is the need to be engaging in the absence of vocals to keep the listener hooked and the sheer number of little nuances in the wide range of expanse which this soundscape covers are how Scuzz have gone about doing that with “Slugthrower” being a prime example. Now the last thing we’d have expected from this band and from a song title like “Super Blood Wolf Moon” is the gorgeously melodic beauty that we find within it. It could be the soundtrack to a techicolor film about nature with flowers opening during some of the gentle melodies and it captures a cinematic quality which really is something else before “Cathedral Ward” raises the roof. A Psychedelic Stoner track of gargantuan riffs, it has surprising technicality about it and would certainly turn heads with fans of “A Short Trip Home” by Nonvector while also having that heavy headbangable phrasing in the mid-section that everyone can raise a glass to before an achingly beautiful closing of melancholic piano [7.5/10]

“Volatile Doom” by Scuzz is out 18th December with pre-orders available over at bandcamp. 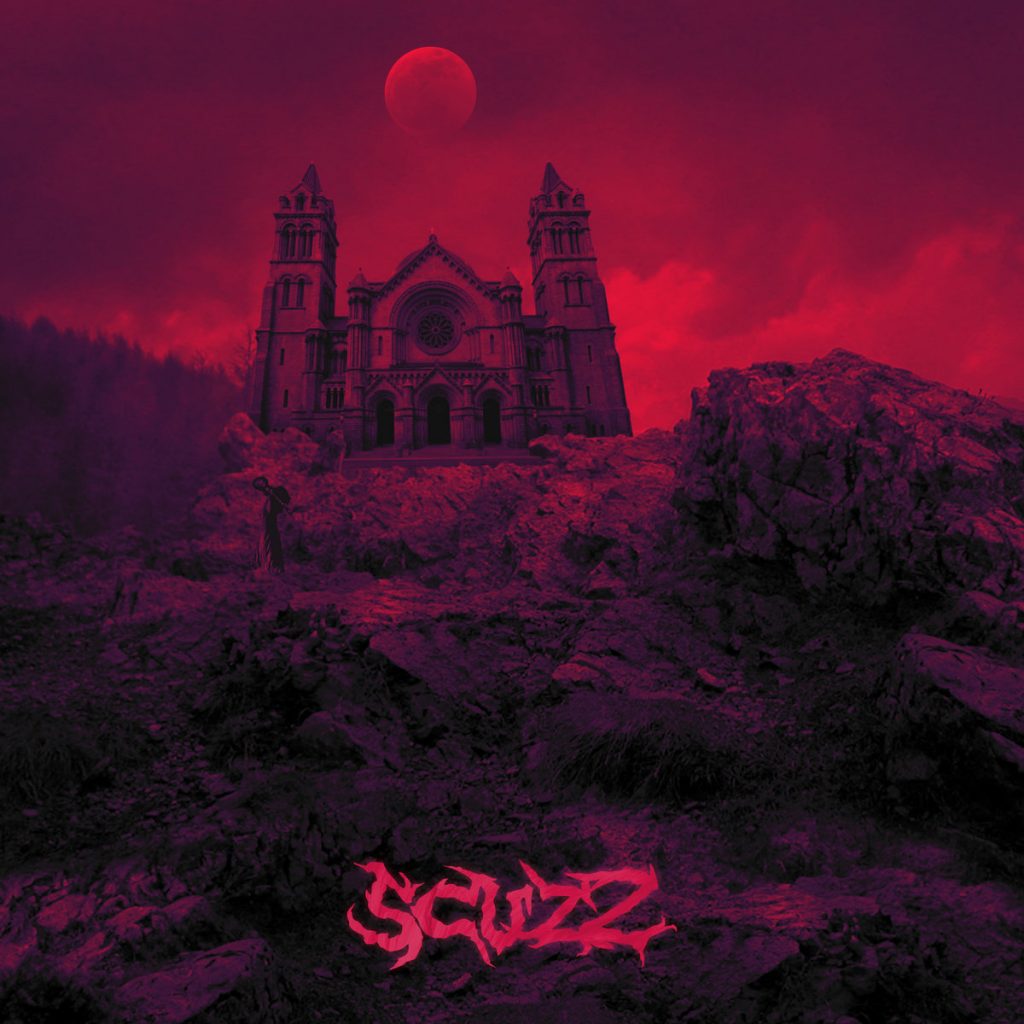