Skip to content
HomeReviewReview: “Year of the Rat” by Matriarchs

In 2018 vocalist Richard Barthel stepped down from Los Angeles California’s Matriarchs and that seemed like the end of the band, who had been around since 2014, their debut “Scandalous Jointz” produced by Nick Jett of Terror and Mastered by Matt Hyde, (Lionheart, Hatebreed, Deftones) an ambitious effort that had been followed by a quartet of singles in “Slave City“, “Haunted“, “Only One“, “Narrows” and “Deadman“. But we were wrong. K Enagonio has stepped up to replace Barthel and this time out they teamed up with Jeremy Valentyne (ex-New Years Day) and Brandon Wolfe to produce while naming an eye opening quartet of guest vocalists to appear on separate tracks…

…Metallic Hardcore is how Matriarchs tag themselves and with “Verisimilitude“, it’s easy to see why. The abundance of groove in the track and Enagonio’s caustic vocals are certainly on the money, only let down by a nasal clean vocal part that stands out like a sore thumb on first listen. Fortunately it’s something you get used to and there is plenty more to appreciate here, if nothing that you haven’t heard before. Keeping the energy high with chunky early 2000’s Metalcore riffs “Cocaine Cowboys” is an anvil solid bruiser of a cut, again with a vocal deviation that is clearly part of a formula. This time around it’s a Nu-Metal inspired off kilter spoken word and it works here, giving that angst that you get from a Jonathan Davis for example. Nu-Metal inspired lyrics form the backbone of “BombaClot“, a corruption on the Jamaican curse word “bomboclaat” which has no specific meaning but is the equivalent of f***. It moves along mid-tempo and the lack of lead complexities in the guitars are really obvious, the band choosing rhythmically driven tunes instead and the result is reminiscent of bands like Nonpoint, tracks driven and intense with deeply personal tales the accompany that…

…The change up is for a far higher tempo to the opening of “Bitch Wolf” before a drop off to some sinister and brooding atmospheric parts and some Emmure esq dynamics without the Deathcore thunder to really drive home the nails. Enagonio’s pitch changing with some higher resonating moments is a neat touch but perhaps lacks some of the control of other vocalists so when he’s joined by Frankie Palmeri of Emmure for “Dogma“, they’re in ideal contrast. The track is a quintessential Metalcore number but Palmeri brings that heavier, deeper vocal tone and his presence brings out the best in Matriarchs. “Hollow” sees a return for a clean vocal part and its underwhelming but an improvement on the earlier ones with some Post-Hardcore resonance; the riffs will keep fans of the later Nu-Metal bands like 40 Below Summer coming back to this record time and time again. “Roots” sees Neal Roemer of Cutthroat join the party and his rap flow style only serves to fuel the Nu-Metal comparisons. It has to be said that the percussive performance is the best on the album with this cut, some tribal moments remind of the drum sound Ross Robinson was able to get from Sepultura for their “Roots” album…

…”Sleep” has a familiar riff that this writer can’t place at the time of writing as well as the most cringe worthy clean vocal part. The decision to intertwine the vocal layers so that Enagonio’s uncleans are the backing vocal and his cleans are the lead for the chorus is flawed one. The problem is that his screeched uncleans are solid and confident; this elongated roar in the final third a moment of brilliance; but he simply doesn’t have enough strength of conviction in the cleans and they sound weak and nervous, which is a real shame because aside from that, this would be a killer cut. “Eviscerate” sees Myke Terry ex-Bury Your Dead and current Volumes vocalist lend his throat and his performance is reminiscent of the one he made on “Numbers” by Legend. It’s all about the unclean vocals and the gang chant ability of the song title, the menacing groove and pick slide are on point. If the whole record was like this track, then it would be a stone cold winner. Saving the final guest for the final track sees Chris Anguiano of DMT on the microphone for “Feed“, a cathartic vent that has groove metal leanings. We’ve spoken a lot about the vocals because they stand out for both good and bad reasons; the rest of it doesn’t have as much longevity as it could but perhaps this is a new start with stronger material to come as the new line up settles [6/10] 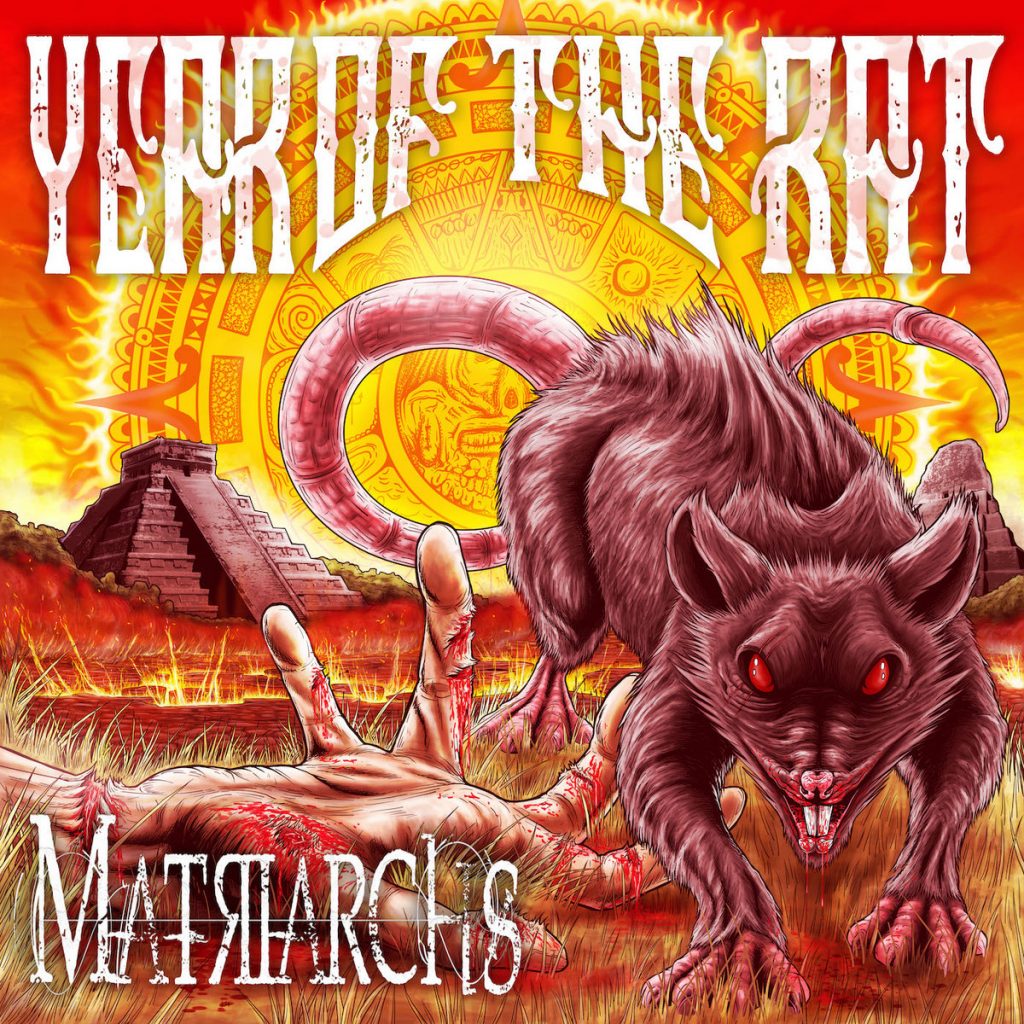