Skip to content
HomeReviewReview: “Charm Before The Storm” by I Am Pariah

After sharing stages with Phoxjaw and Light The Torch who feature former Killswitch Engage vocalist Howard Jones on their first full UK tour run, Stoke Nu-Metalcore merchants I Am Pariah were forced to delay their plans for the follow up their 2018 EP “Procreate Annihilate” due to the Global Pandemic. Rethinking their methods, “Charm Before The Storm” was safely tracked by the band in their own studio environments and mixed and mastered at Lower Lane Studios by Sam Bloor during the lockdown of 2020…

…”Sick It Up” is the song from which the EP title is taken from as vocalist and lyricist, Benjamin Antony James proves his ability to ink something anthemic that matches perfectly the hooks with an infectious catchiness. Having the songs written but not recorded before being chained to their home setups may have given the band the foresight to know what the songs would sound like but each one gives a masterful performance and the quality hasn’t suffered at all for being forced to go back to basics. “Sicko” follows suit with a swagger and prowess that sees the band at the top of their game. The confidence here to experiment and throw down a few nuanced elements and enigmatic tempo shifts is impressive, the breakdown with an off kilter solo over the top that closes this one is immense and something you simply don’t want to come to and end. “Kill The Modern World” echoes sentiments we’ve heard before and had some 80s leanings with a sing-a-long chorus that lifts everything. The piano makes for an interesting touch while the run away solo delivers the wow factor that builds upon those solid foundations as it cries out for a return to simpler time. For I Am Pariah, this is just the start of their career and on this evidence, they’ll be around for many moons to come [7.5/10] 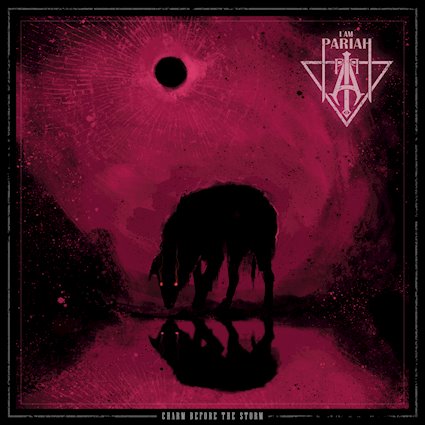 Tags:Charm Before The Storm, I Am Pariah, Procreate Annihilate