Skip to content
HomeReviewReview: “Experiments in Warfare” by Death Chamber

The roots of Death Chamber go back to the summer of August 2018 when with smell of rotting flesh in the air guitarist Tim Reu began to experiment with some riffs that would take him beyond the horizons of his Black Metal band Chaedrist and into the realms of Death Metal. The solo project started to snowball in October 2018 as he began writing material for the bands debut album, playing or programming every instrument to create something inspired by bands like Vomitory, Benediction, Nile and Divine Heresy. That lead to a trio of singles “Murder Beyond Death”, “Leave a Path of Cinder” and “Final Era” which received positive feedback so Reu decided to search for like minded musicians and launch the outfit as a fully fledged band. The Course Is Black vocalist Pat Suchostawski who had lent his throat to “Final Era” was chosen as the perfect fit and the pair chose to pursue lyrical themes of war, combining it with problems that come with modern society and result in mental distress before choosing “Experiments in Warfare” as the title for their debut EP. Alongside them in the live arena bassist Immanuel Rahman of fellow Munich-based extreme metal band Chokehold Policy will stand, he created the back cover art to accompany the front created by Suchostawski…

Those initial singles created the blueprint for “Experiments in Warfare” with double bass, blast beats, fast guitar picking and shouted unclean vocals all central to the sound but you can tell that there is a Black Metal influence in the Death Metal offerings as well, “Spark To Extinction” having shades of that at various points in the guitar work. A raging, feral opening that sees Pat Suchostawski impress with his vocal range during the relentless percussive power it either suggests a drum machine or a particularly good Death Metal drummer like Kevin Talley is hidden within Tim Reu and the classic War introduction tape is a nice addition. That power house drumming continues into “The Inevitable” and drives home the coffin nails with razor sharp riffs at breakneck speed as Suchostawski roars “We are slaves to a cold hearted lie!“, the high octane approach still having a fair share of sinister atmosphere within its brutalities. Throwing gasoline on the already raging funeral pyre and running like hell, “Dead End Witness” then turns up the speed after the sound of a Church bell to deliver a venomous onslaught of Blackened Death Metal that gives bands like Twitch Of The Death Nerve and The Flaying a run for there money, the difference being that Suchostawski’s vocals are completely audible. He reaches new lows with “Relentless Will To Destroy“, the Death growls following the high tempo which  pummels your ear drums into submission and the old school production values provide a charm that seeps out of the records pores on later listens. The influence of Morbid Angel is heard on “The Cage“, the mid track breakdown segment making it one of the finer cuts on this half an hour of power (if you count the bonus seventh cut “Ice And Fire” on the vinyl edition that is) before closer “Ashfall” gives us a final reign of terror. A restless and relentless debut designed to crush your bones from the very start, “Experiments In Warfare” is a reminder that Death is only the beginning… [7.5/10]

1. Spark To Extinction
2. The Inevitable
3. Dead End Witness
4. Relentless Will To Destroy
5. The Cage
6. Ashfall 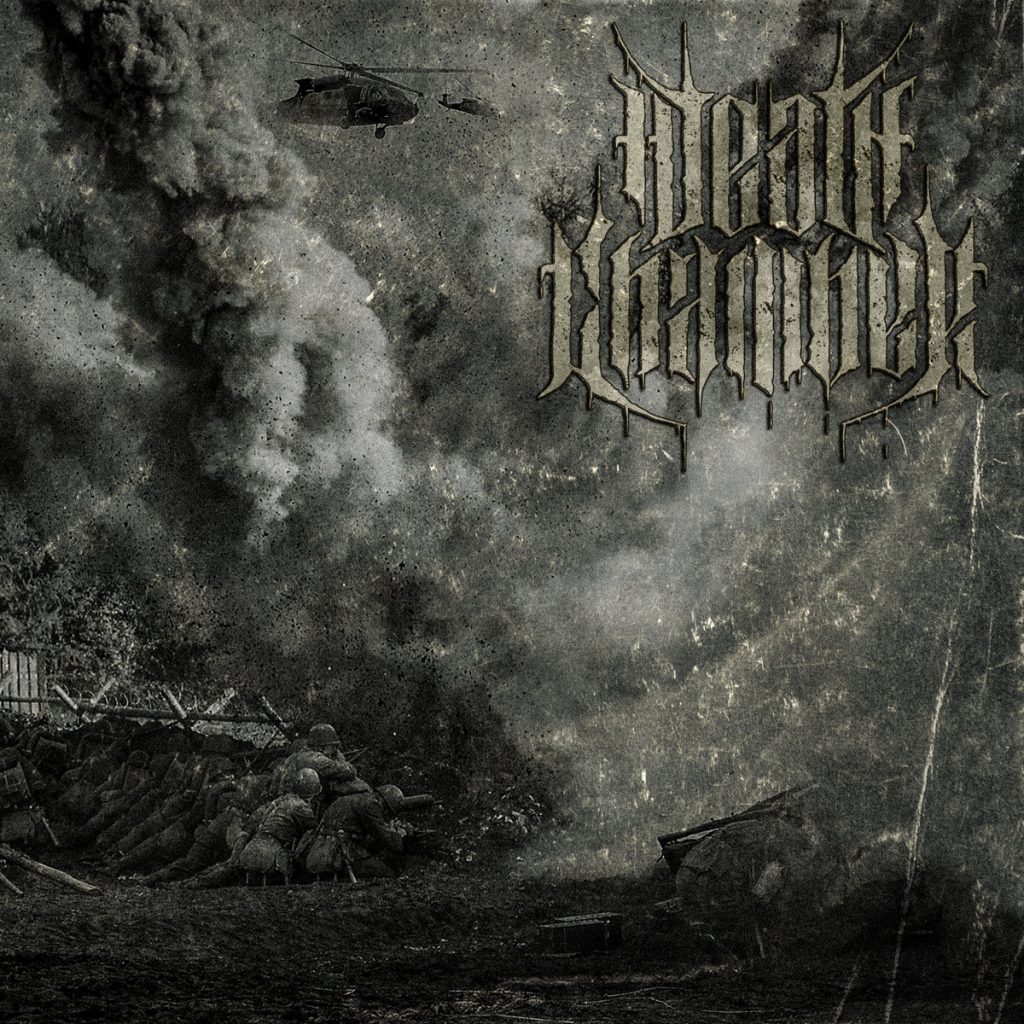