Writing catchy as f*** Hardcore injected Punk tunes is the stock in trade for London trio My Latest Failure. Their so freshly released it is still warm from from the oven sophomore EP, the cunningly titled “Failures Vol. 2” saw them do what they do best while outdoing themselves in terms of quality and stepping up from “Failures Vol. 1“. How did they do it? That’s like the recipe for the blend of eleven herbs and spices that goes into the coating of KFC. A closely guarded secret. But we gave the bear a poke anyway and this is what they had to say for themselves…

What did you take into the recording sessions that was learned from “Failures Vol. 1”? Was there anything you felt you did better the second time around?

Chris Underhill: “Being more rehearsed, when we recorded Failures Vol:1 [drummer] Jamie had only been in the band for a couple of months before we started to track drums. I think this helped us a lot going into the studio. Personally I felt we were much more confident and I think this reflects in our music”

Did you have some tracks already completed before the recording took place or was there some pre-production or changes during the recording?

Chris Underhill: “We went in with no real pre-production or pre-recordings, for us it was all about being well rehearsed and performing on the day. With lockdown and covid we didn’t really have time to get in and practice time together, its lucky that we have been playing these tracks pretty tight for around a year. There were some slight changes when we started recording, tweaking some guitar and bass riffs, a change in lyrics here and there, nothing major. I think there is always going to be minor changes that enhance the songs which we are open to. I did go back in a couple of weeks later to redo some vocals on Demons which I felt needed work. It’s dangerous going away listening to the tracks you’ve created, myself personally can be very critical in what I do. I really did consider cutting Demons at one point but it was too much of a good song to leave out.”

What were your influences going into this one? Did you find that lockdown life and the year of the great plague crept into the lyrical thoughts?

Chris Underhill: “Failures Vol.2 is lyrically darker compared to Vol.1. It’s still My Latest Failure but I believe it cuts deeper than the first instalment. I do feel the frustration of lockdown definitely gave the EP a more aggressive sound and influenced the final production. All of the tracks were written before Covid and lockdown. I genuinely have not written anything since Covid, writers block? or Maybe I’m mentally saving it for Failures Vol.3, who knows, I guess we will have to wait and see.”

Do you use the same gear you use live in the studio when you record or do you have some special kit that you keep for the occasions? For us gear nerds out there, what are you using to create your sound?

Chris Underhill: “I am literally the worst person when I comes to gear knowledge. Myself, I always used a Ibanez DN500, whether its live or in the studio. Not only does it look good, its sounds amazing and every My Latest Failure track has been recorded with it. We used a plug in and the only thing I remember is it was through a Marshall amp set up… sorry gear nerds that’s all I’ve got. Live, I have my beloved Orange Dark Terror plugged into either a Boss DS-1 or Boss MT-2 depending on how noisy I want to be, then into a Boss NS-2 just in case I need to cut some feedback but usually go in without it… basically forget it’s there.”

Did you have any outside ears to handle production, mixing or mastering or do you like to keep things in house?

Chris Underhill: “We had outside ears to handle the production. Failures Vol.2 was produced by Charlie Wilson and Saujan Rai at Monolith Studios in London. It was a brilliant experience, and I feel they have captured our vision for this EP”

Having seen the track listing for “Failures Vol. 2”, what was behind the decision to cut “Selfish” and “Disappointment” adrift as standalone and not make it a six track affair?

Chris Underhill: “There is no short answer for this, ok here is the origins of Failures Vol.2. I’ll wake you up when I’m finished… Originally Selfish, Disappointment and another track called Bad Dreams was Failures Vol.2. We recorded these between March – July in 2019 but I wasn’t happy with elements of Bad Dreams and at the time Selfish which put a stop to this. Like I said before, biggest critic when it comes to my own music. End of 2019 we decided to keep Disappointment as a standalone and rerecord Selfish as part of the “new” Failure Vol.2 line up but Covid delayed our plans to go into the studio in April 2020. During March, I was getting so pissed off with how people were being over Covid, selfish acts including stock piling, stock inflation, etc. These events fired me do an Instagram post which I used Selfish dubbed over it. This post got a good reception and people kept asking me when this song was coming out, some even thought the post was a promo for “new single”. So after some tweaking I decided to put Selfish out there and I am pleased I did. So when we rescheduled the recording for September 2020 we decided that Demons would take the place of Selfish and the rest is history. For me personally, I see Disappointment and Selfish as an extended play to Failure Vol.1. Failures Vol.2 is a start of a new chapter for My Latest Failure”

“Failures Vol 2” by My Latest Failure is out now and available over at bandcamp. 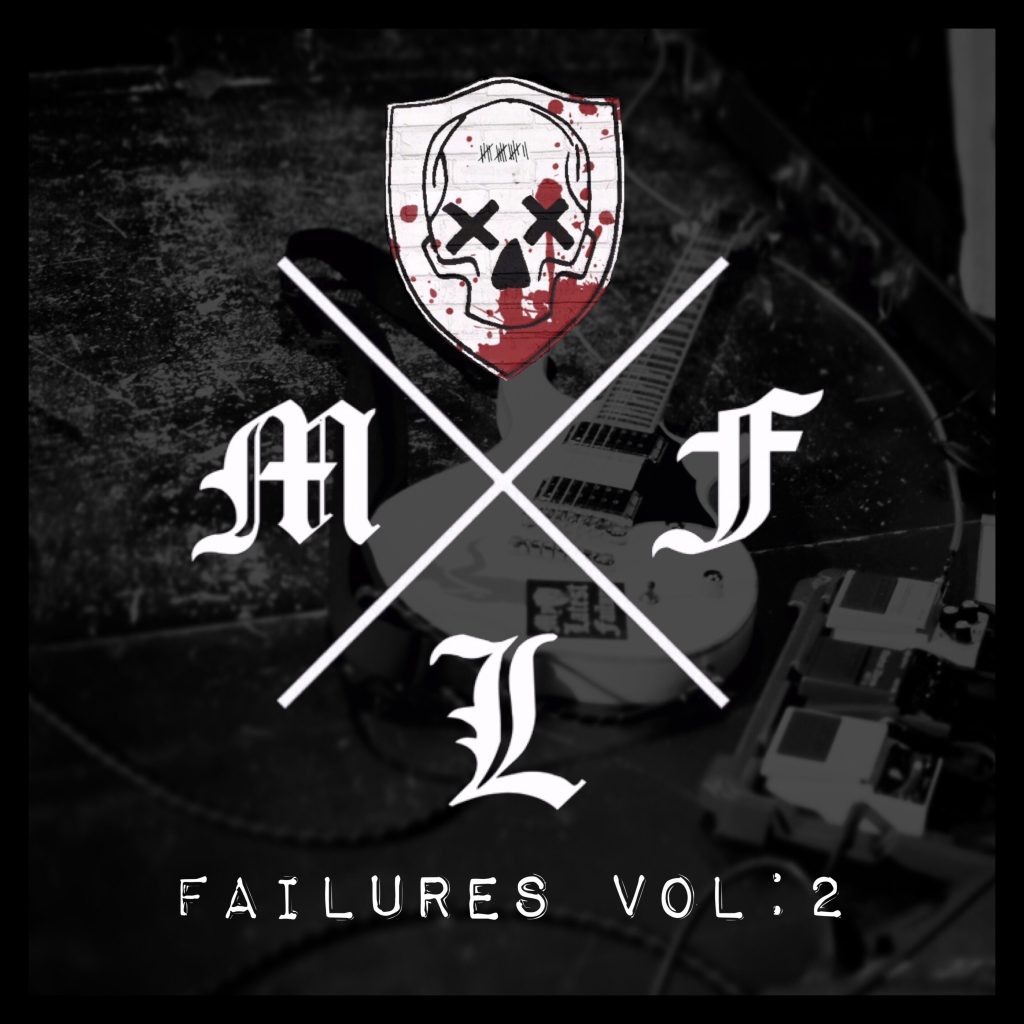