What constitutes success? For Norwich Alternative Metal quartet Prey Drive, their debut album “Once More With Feeling” was absolutely huge and racking up 350k streams for the album on Spotify alone is testament to that with fans favourites “Tokyo” and “Pancakes” amongst its more notable cuts and having played a support slot to a crowd of 1500 at Norwich’s UEA is pretty special. But that was then and this is now so ushering in the dawn of a new era, “Neon God” is the band’s first release with their new label Lockjaw Records. It comprises five new tracks following themes of hopelessness, fear of an ever-growing technological future, and our dependence on devices like our phones and the internet to actually be able to live in it and not feel like you’re missing out…

…Bradley Smith delivers Post-Hardcore tinged vocal stylings to the gentle sway of “Socrates” while Paul Gaul’s funky basslines are given the opportunity to bleed out in the mix during breaks in the riffage of a song that sees Smith put on a raw and personal display that is distinctive and engaging. The intricate and math-rock inspired lead lines and dream like ambiences of these songs gives them the feel of the warm sun on your skin after a long cold night, the soaring vocals lifting everything and heightening the senses. The easily relatable lyrics of cuts like “Human Furniture” which reflect on self-frustration and the personal challenges of adhering with society’s expectations while having that sing-a-long ability cold easily fill arenas, although there maybe plenty who would try and get the band to tone down to conform to Indie Rock standards. The question then becomes if you want to sell your soul or not and given the joy that is the title track, a heavier offering musically that benefits from greater contrast between strings and vocals, that would be a real shame. “Glitch” then changes things slightly offering some Queens Of The Stone Age inspirations proves that there is so much more to Prey Drive than meets the eye, the vocals the musings of someone starring out into the desert and baking in the sun [7/10] 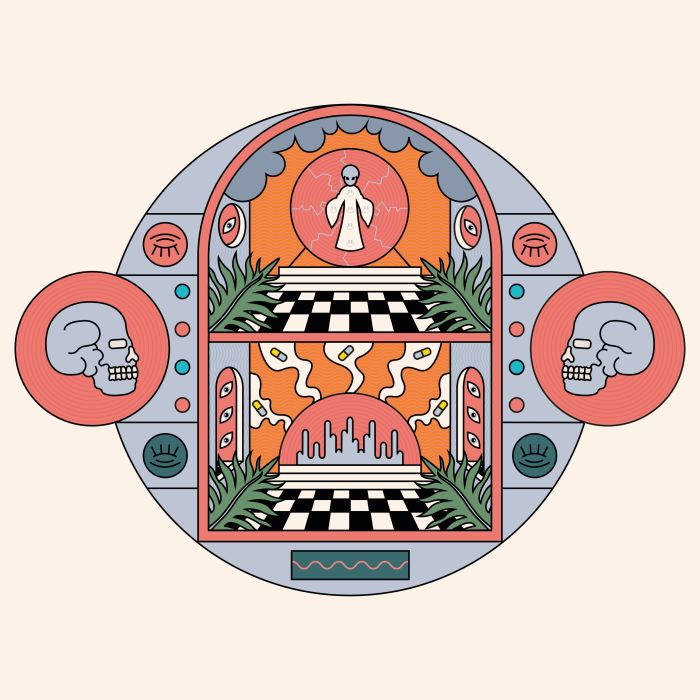