Italian Metal giants Lacuna Coil have shared another new live track and video for “Veneficium” today via Century Media Records. The track is from the band’s forthcoming live album, “Live From The Apocalypse” which is set for release on 25th June via Century Media. The album was recorded at the famed Alcatraz Club in the bands native Milan and sees them perform “Black Anima” in full, originally live streamed in September 2020 with No roar of anticipation; No claps of adulation; No interaction with the people who had become deeply involved in and had a profound love of the bands music and live shows over two-plus decades but still made special by the band themselves, knowing their fans were watching.

“Veneficium is the painful and fierce scream that rises from the darkness. Another day has born and has new hope in it, the poison inside has been defeated and a new refreshed and healed life can start again” states Lacuna Coil frontwoman Cristina Scabbia 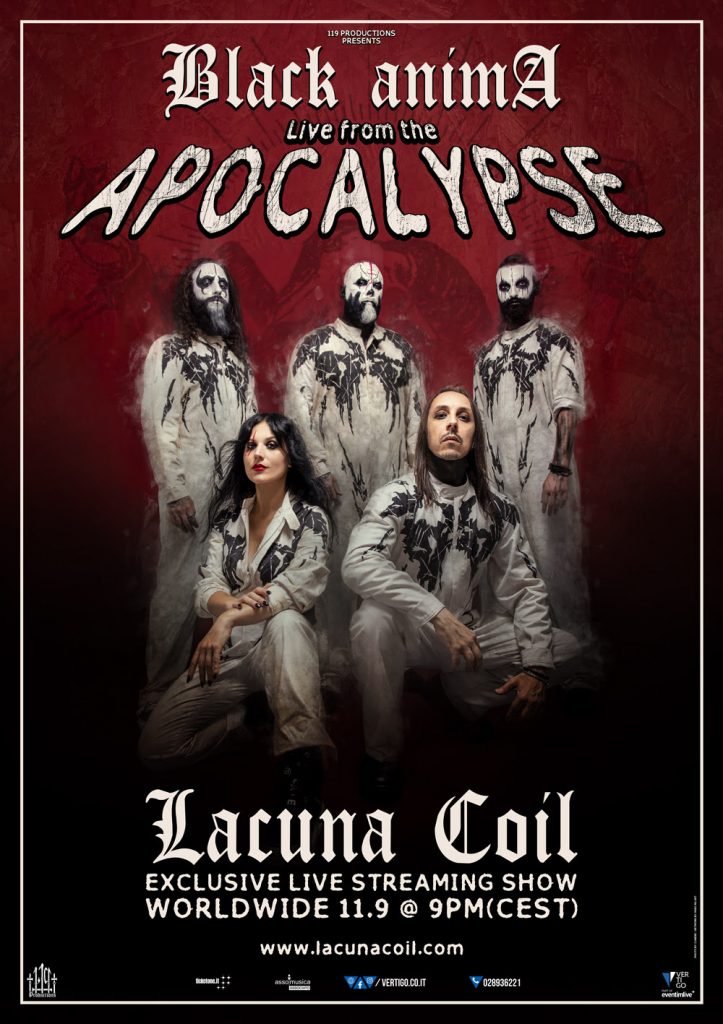