Vancouver British Columbia Canada is fast becoming something of a Mecca, a Riff City for bands to Ascend to the Throne as they fight in amongst themselves for territory in what looks from the outside at least, to be something of a hot bed for Metal talent in recent times. The region has been called home by Param-Nesia, a quintet originally founded by guitarist Andy Cahalin in 2016 who had been writing and recording for years while seeking out the right musicians for the project, the ultimate goal of which any aspiring Metal band will recognise as their own; to write and record solid material that they can take out to the live arena as much as possible. “Aspects of Creation” marks the bands sophomore release after 2019’s “The Beginning” with drummer Derek Hill, vocalist Cayle Charlton, Matt Burnham on guitar and Colton Hession on bass forming the rest of the line up.

Look around and you might find a few mentions of Param-Nesia described as a Melodic Death Metal outfit; rest assured that as a description of the music the quintet create, it’s vague to say the very least. As a prime example, opening cut “Pestilence of Man” has Death Metal drumming par excellence from Hill who brings some pounding rhythms and precision fills that underpin Charlton’s fire breathing Dragon like vocals, giving everything drive and aggression from the very start. The addition of the Thrash style gang chant moments is going to mean that if you haven’t snapped your neck from the head banging, you’re going to have to pause for breath to chant along. The band mentioned in an interview that the initial riff for this had been written and played so fast it pushed the feeling out of it, so inspired by a Dr Pepper advert they slowed it down and it found its soul. Well, love it or loathe it, Dr Pepper at least has given us something to be thankful for, because its a killer cut that could take pride of place happily on a release from a bigger name, such is the quality of the musicianship here. Slowing things down a couple of notches for “Forsaken” is a smart move because it allows the lead parts time to breathe and gives things an injection of melody that shows another side to their repertoire while not loosing any of their lightning in a bottle energy; something which we can only imagine is going to be amplified by at least 10 percent in the live arena. Mid-EP cut “Lethocerus” is the half way house between the two and throughout these tracks there is a sense of dynamism between the musicians that you get from a band being tight knit like brothers in arms and almost family. That serves to add fuel to a towering inferno because you can feel that sense of this being the finest work that the band could conjure given the tools at hand, everything crafted and in balance, everyone singing from the same hymn sheet, working together to the same end game. The lead parts of “Home” are very well refined and burns a cattle prod mark like melody onto the Death Metal riffs galore; the false ending perfectly timed and everything remains not only heavy, but emotionally charged and thoroughly engaging. The finale that is “Journey to Nothing” is an almost entirely different beast as changing their angle of attack Matt Burnham and Andy Cahalin bring Progressive Death Metal riffs to the plate for an extended cut that allows Charlton to become more of a storyteller and the result is something inspired with some truly spellbinding solos. Welcome Param-Nesia; they have come for the crown of Revocation [8/10] 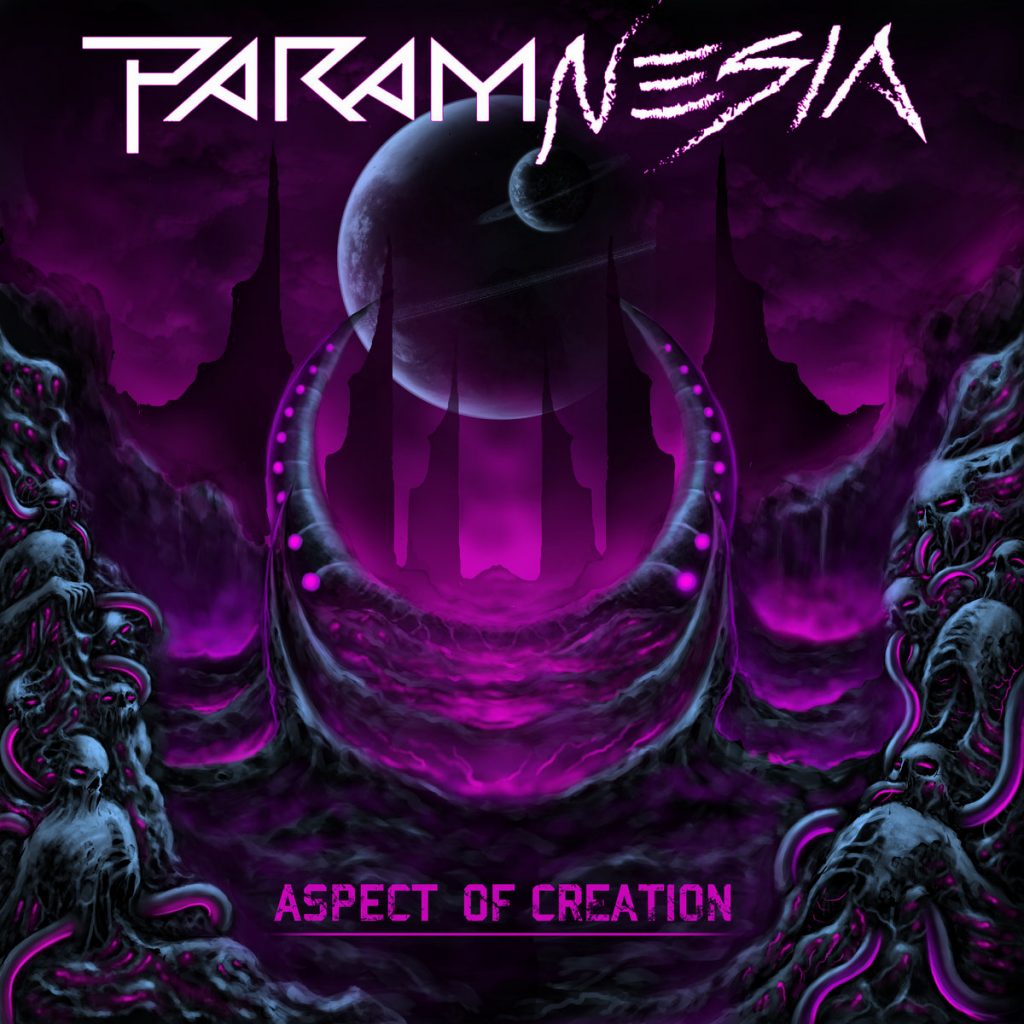