It has been a long and winding left hand path for Seinäjoki Finland based metal band Mortyfear who despite being formed in late 90’s by bassist Tapio Laitila have only managed one album in 2006’s “God’s Skin” to date. However a few years ago, a line up refresh has brought new life and passin to the project with Laitila joined in the rhythm section by Ville Kivimäki while vocalist Janne Keskitalo and guitarists Jorma Muhonen and Riku Metsä-Ketelä complete the line up. Perhaps shedding some dead skin, during the recording process the band developed the recognizable Mortyfear sound to give us something said to be both more chaotic and haunting for “My Dystopia“. The album was recorded and mixed by Riku Metsä-Ketelä at Finnvox Studios/Rmksound and it is mastered by Svante Forsbäck (Rammstein, Amorphis, Apocalyptica)  at Chartmakers and comes with stunning artwork from Roni Ärling.

Unhinged to the point of belonging in a straight jacket, Mortyfear attack from all angles with “Circus Called Life” as Death growls from Keskitalo of serious weight are intertwined with schizophrenic back cleaner vocal parts and riffs that remind of Italian’s Destrange as if they were being chased down the street by axe wielding Psycho killer clowns freshly escaped from a penitentiary. As if that wasn’t nightmarish enough, “Jester’s Downfall” and “Black Noise” change the approach, leaning on synths from Riku Metsä-Ketelä that provide haunting ambience and eerie science fiction b-movie notes which beckon you to the dark void of insanity. There is a cinematic quality to the material, this could easily be the soundtrack to a psychological horror film with icy cold moments at a grasp on how to create creepy atmosphere second to none, even giving those directors who have interpreted the work of Steven King a run for their money. Introducing some more technical riffs with “Plastic World” , the vibrant Periphery esq sing-a-long chorus is the last thing you might expect, especially when it drifts into a Jazzy piano almost Frank Sinatra moment but then in this nightmare, it pays to expect the unexpected. Perhaps the work of Mike Patton’s various projects have had an influence here; there is an edgy, uneasy nature to the record that is cut from the same cloth. “My Dystopia” isn’t an all out heavy album, instead playing with ideas and soundscapes that send a chill down the spine and play with fear as if it were a deck of cards in the basement of a house of horrors. Both “Misfortunate Phoenix” and “Delete” start out heavier with staccato riffs galore before flying off in all kinds of directions; there is a techno burst in the former while the later combines the icy slow crawl of synths through marching drums, pushing in the direction that “Subliminal Verses” from Slipknot went but was afraid to go even half as far as this does here. In elementary form, Keskitalo’s unclean vocals are the single heaviest element here but this is a complex album with so much going on that it is impossible to hear it all and you might be considered daring if you listen to it after dark [8/10] 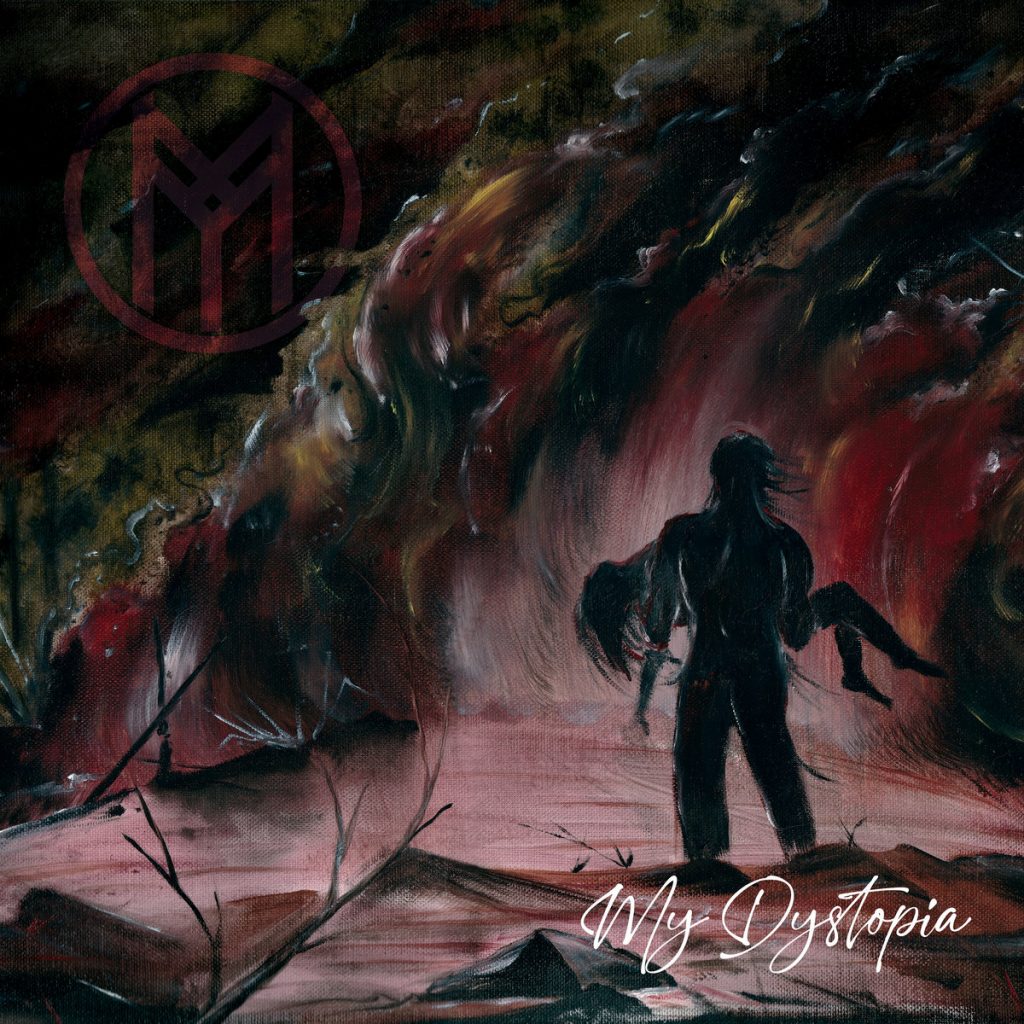