Skip to content
HomeReviewReview: “Songs and Tales of Grievance” by Dimman

In October 2019, the debut EP “152” from Finnish Melodic Death Metallers Dimman was fresh from hell’s gate, the band having moved from a quintet to a six piece to accommodate a second vocalist in Jenna Kohtala. She had originally been brought to the project as a guest but the band found that the ability to contrast light and shade by balancing her beautiful clean vocals against the throat shredding uncleans of Valtteri Halkola was something they wanted to develop. So two years on they have returned with a debut album that might be considered a concept release as it has an intertwined theme and is said to “address all the grievances and insecurities that cause misery to both individuals and communities. The incapability to be able to affect the injustices results in frustration“. As with the debut EP, the band once again return to Santeri Peltomäki at Entropy Mixing who recorded, mixed and mastered, the only change being the drums which were recorded at Studio Watercastle by Arttu Sarvanne.

Wasting no time with any form of build up or introduction, “Ambuscade” sees Halkola cut into the opening verse within seconds of a break neck paced energetic affair that reminds of the Gothenburg sound of In Flames before fading to synths and introducing the breathtaking clean vocals of Kohtala. She has similar accenting to that of Jinjer frontman Tatiana Shmailyuk on the clean side and brings power and presence with her parts, breaking up the flow of an otherwise raging cut with super smooth transitions which the band carry off to perfection. Similarly first single “Paroxysm” brings vocals in almost immediately, the buried synths underpinning everything that the band create while popping out of the mix at various points to to provide spine tingling nuances. Sonically the extremes have pushed out and the melodic moments are more melodic while the heavier parts are ragingly brutal, the Children of Bodom style solo that closes this one being absolutely sublime. “Obscenity” continues the energetic pace with while having an achingly beautiful piano and acoustic moment during what a cut with a mournful meloncholic atmosphere and on the rare occasions that the clean and unclean vocalists parts are interweaved, they bring phenomenal power. “Contretemps” and “Morbus” blend light and shade with increasing ferosity, the icy keys cutting through the rampaging guitar work effortlessly and adding an indulgent sense of epic grandeur that only serves to enhance the spellbinding nature of the dark tales the vocalists tell. They created the foundations with “152” but with this they have outdone themselves with dedication to their craft and sublime musicianship that finds the perfect balance. It would have been easy for them to rest on their laurels and make a more commercial Melodic Metal album fully loaded with Kohtala’s clean vocals and sounding like a combination of Night Wish and Paradise Lost but instead they have challenged themselves and created something of their own that is far more aggressive than some may anticipate.

Instrumental “Progradation” is a minefield of aggressive riffs and juicy synths that belongs on a science fiction horror action film soundtrack and could have served as an introduction piece however what it does here is act as a subliminal moment of clarity before the hammer comes well and truly down with the skull crushing opening of “Imprudence” that is the sound of the oppressed biting back. It sounds like “Into the Locust” era Machine Head for the most part, with a mesmerizing face melter of a virtuoso solo and some powerhouse guitar work making for a Headbangers delight that will go down an absolute storm live. The ache of “Memoria” and “Umbra” makes them both arena filling anthems of bold and brave risks, the vibrant piano work providing chills and melodies that the guitars bounce off while the huge sing-a-long clean vocals are stunning. Again the contrast and balance found here is perfectly weighted and means the band have no danger of becoming something of a guilty pleasure and they could easily have been picked for pre-release singles, such is the quality on show. “The Mist” threatens so finish of a somber note of melody but instead bursts into flames with ferocious bursts of guitar work and uncleans while having some almost acid jazz Avant Garde moments that could be the direction that Dimman move into in the future. A rich tapestry with flamboyance and breathtaking moments, Dimman have announced themselves as Finnish Kings looking to conquer with a debut that stuns [8.5/10]

“Songs and Tales of Grievance” by Dimman is out 30th July via Inverse Records. 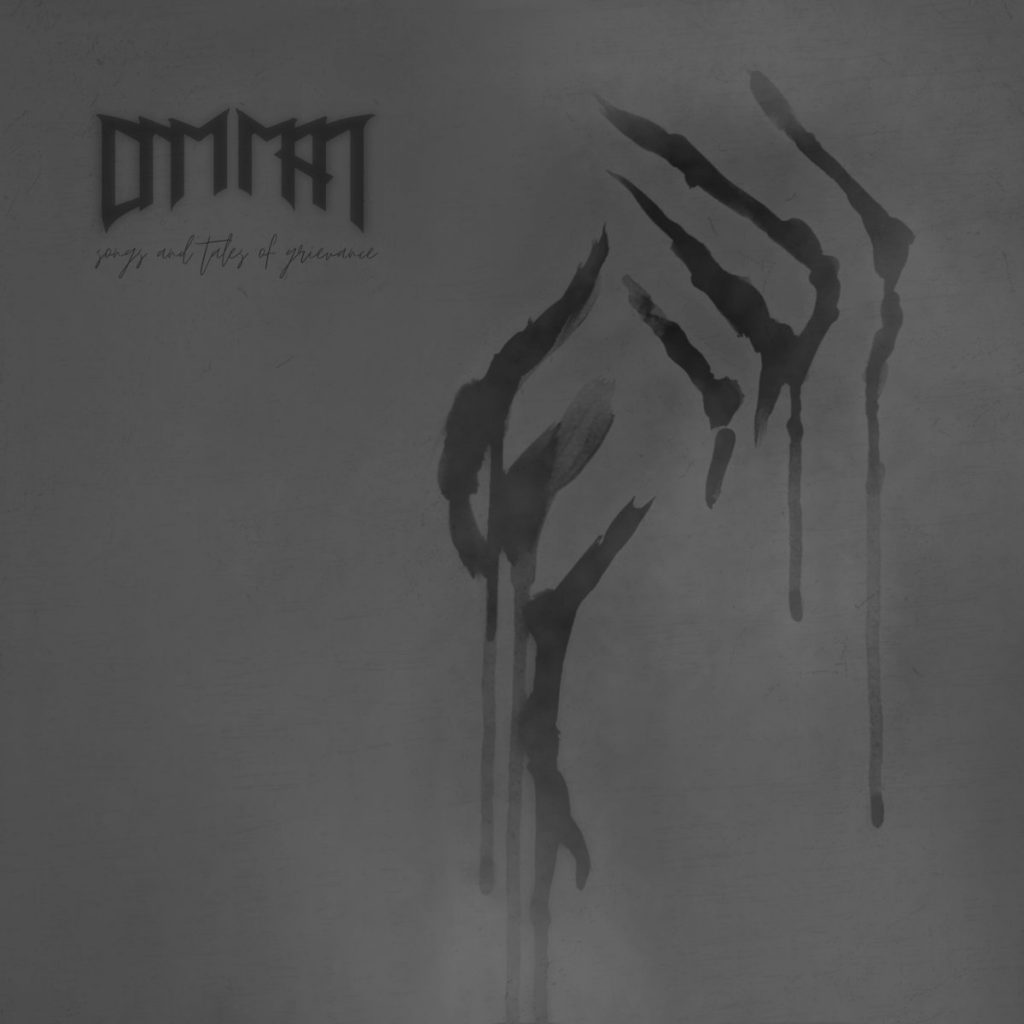