Skip to content
HomeReviewReview: “The Godless EPs: Act I: Hollow” by Hanged Man

New Orleans trio Hanged Man have conjured a trinity of eclectic and evil releases for 2020 to be released separately digitally and hopefully on vinyl in their complete form. They will go under the collective name “The Godless EPs” and are split out as “Act I: Hollow“, “Act II: Caustic” and “Act III: Misanthropology“. Veterans of the Texas and Louisiana punk and metal scenes, they played their first show on New Years Eve 2020 for the legendary annual Black Label Bike Club party Bike Kill, and within weeks were already confirmed as support for international acts such as Weedeater and The Goddamn Gallows. The first part was It was recorded in January 2020 by Jason Meserole (Space Cadaver, Recluse) at Death By Death Studios, engineered and mixed by Gable Morgan, and mastered by Jack Control (World Burns To Death, Severed Head Of State, Butcher) at Enormous Door Studios. As Gable Morgan (Guitars and Vocals) Dave Boss (Bass), Lock (Drums) are unable to perform live due to a global pandemic, they have re-directed the entirety of their pent-up energy and anguish into this tri-faced behemoth – writing for both “Act II: Caustic” and “Act III: Misanthropology” and recording in the bands own studio in the Upper Ninth Ward of New Orleans…

A gentle spoken word sets the scene like the start of an eerie, gritty Old Western during the opening of “Drag The Mississippi” before the slow crush of Black Metal influenced Sludge sounds begin to pour out of the open wounds of vocalist and guitarist Gable Morgan, whose vocals are as you might expect to be spoken like the Devil himself. Spitting, snarling and visceral, they somehow manage to remain audible while remaining comparable to Brendan Auld of Snorlax fame. “Dead In New Orleans” speeds things up with some corrosive guitar work in the Southern Gothic Sludge with another opening spoken word as a prisoner cries out “I’m not insane!” as he is no doubt destined for the gallows, the lyrics a cathartic element in a torturous sonic journey of through suffering mental illness that no doubt has only one permanent solution in the mind of the victim. Those sonics have a healthy dose of prowess to them, with hints of influence from the likes of EyeHateGod lying just beneath the surface. Referencing their studio in the title of “From The Nineth Ward To the Psych Ward” and with some slow, fuzzy pick slides after the spoken word in which our protagonist asks not to be taken away and what God has in store for him now, we get back to the Evil soaked Black Metal atmospheres and swirling dark moods. Lock’s kit work somehow manages to blend 1970’s Doom Metal with the Black Metal and Sludge styles with seamless fills. This one is largely instrumental with the samples doing the vocal work. Essentially two tracks in one “From The Nineth Ward” being the first and “Psych Ward” being a blistering, short cut about a woman who took 100 pills to try and end her life before claiming we are all dream figures from someone elses dream, in a limbo state. The EP is raw and plays out like the soundtrack to a black and white horror film or something like The Ninth Configuration from 1980. It’s dark, sinister and uneasy and we can’t wait for the next installment [7/10]

“Act I: Hollow” by Hanged Man is out 2nd August via Caustic Hollow and available for pre-order over at bandcamp. 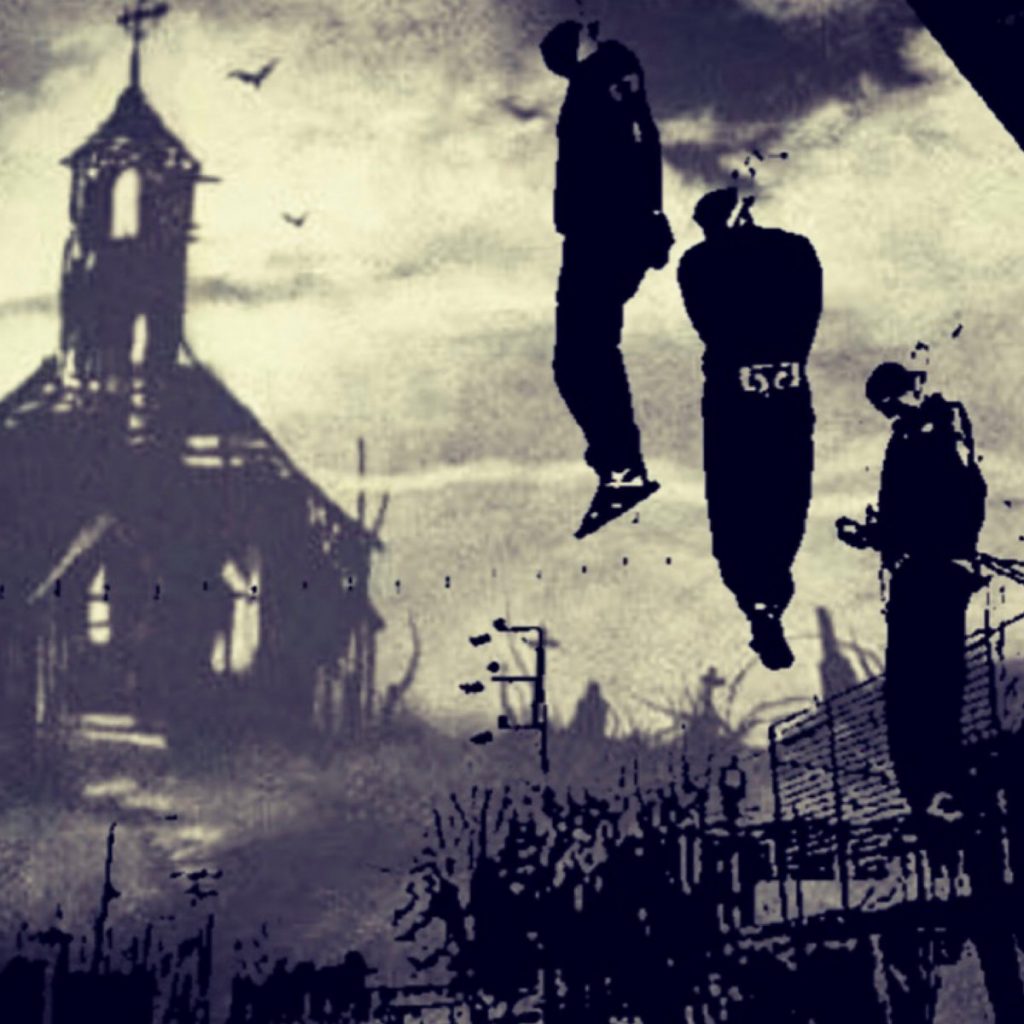