” ‘Excommunica’ wants to point out how much can be spiritually self-sabotating being born and grown in a religious context bare of awareness and consciousness. Its concept is based on disrupting these restrictions in order to find the human need to evolve and become something different from the herd, expressing the harsh hate against the hypocrisy which this moral society proves to be with its values. We’re all suffocating in this oxygen ruled by corrupted divine idols. ” ~ Argesh

Recorded in 2019 at Downstreet Studios, Novara Italy with engineering and mixing by the band themselves before mastering at Wavemotion Recordings by Federico Ascari (Defamed, Within Destruction, Blacks0n), “Excommunica” is the culmination of more than 5 years work dedicated to the creation of solemn, majestic and uncompromising Black Metal by trio Argesh. They have brought with them a quintet of guests for their debut hellride and will perhaps need further reinforcements in order to perform this material in the live arena as multi instrumentalist HHG plays guitars, drums and vocals here as Azghal brings bass and orchestration and Il Rakshasa guitars and lyrics…

…The orchestration of “Abiura” gives it the majesty of Solemnity, a sweeping sense of the cinematic as an introduction piece with a spoken word that sets a tone of epic grandeur before the onslaught begins in earnest with “Suffocate In Oxygen“. A blistering Black Metal tour de force that loses none of the energy while bringing through a darkness of its very own, the only surprise being an almost Gothic sung passage mid track that grows on you with repeated listens due to its very much unexpected appearance on an record of this nature. It has a vibrant and dynamic nature which wears the influence of Dimmu Borgir upon its sleeve stylistically and while the production value of this debut is as sharp as a Michelin starred Chef’s knives, there is the distinct air of the second wave of Black Metal about it. One of the stand out pieces is the searing “Source Of Miracles” which is an almost God like demonstration of power as the band take a more avant-garde route that places them alongside bands like Cyclops Cataract and Imperial Triumphant as it brings down the bomb blast after bomb blast bursts of thunderous percussive battery and staccato riffage galore. The drums are programmed and at times border on an inhuman level of tempo and precession with perhaps only Gene “The Atomic Clock” Hoglan capable of doing something like this justice, such is the full on restless and relentless rampage it produces. Twisting the knife, “Praelatorum Pedophilia” brings a wave of Death-Thrash battery acid nausea with it that showcases another side to the band while remaining very much in keeping with the earlier material; it’s just as enraged with HHR providing a bowel threatening plague of black wind vocal that is pure fire throughout. Having gone all out attack for that trio of cuts “Apocalypse 20.7-8-9” goes left field with something more atmospheric and menacing that ends up being more style over substance. Not that it’s a bad track by any means, just that its a step away from the earlier incendiary intensity with a less technical approach, however the finale in “The Elohim’s Mark” saves the day with rich melodies and orchestration lifting it like a phoenix from the ashes to soar in flame as Lucifero Fieri provides some majestic clean vocal moments that give it an ethereal quality [7/10] 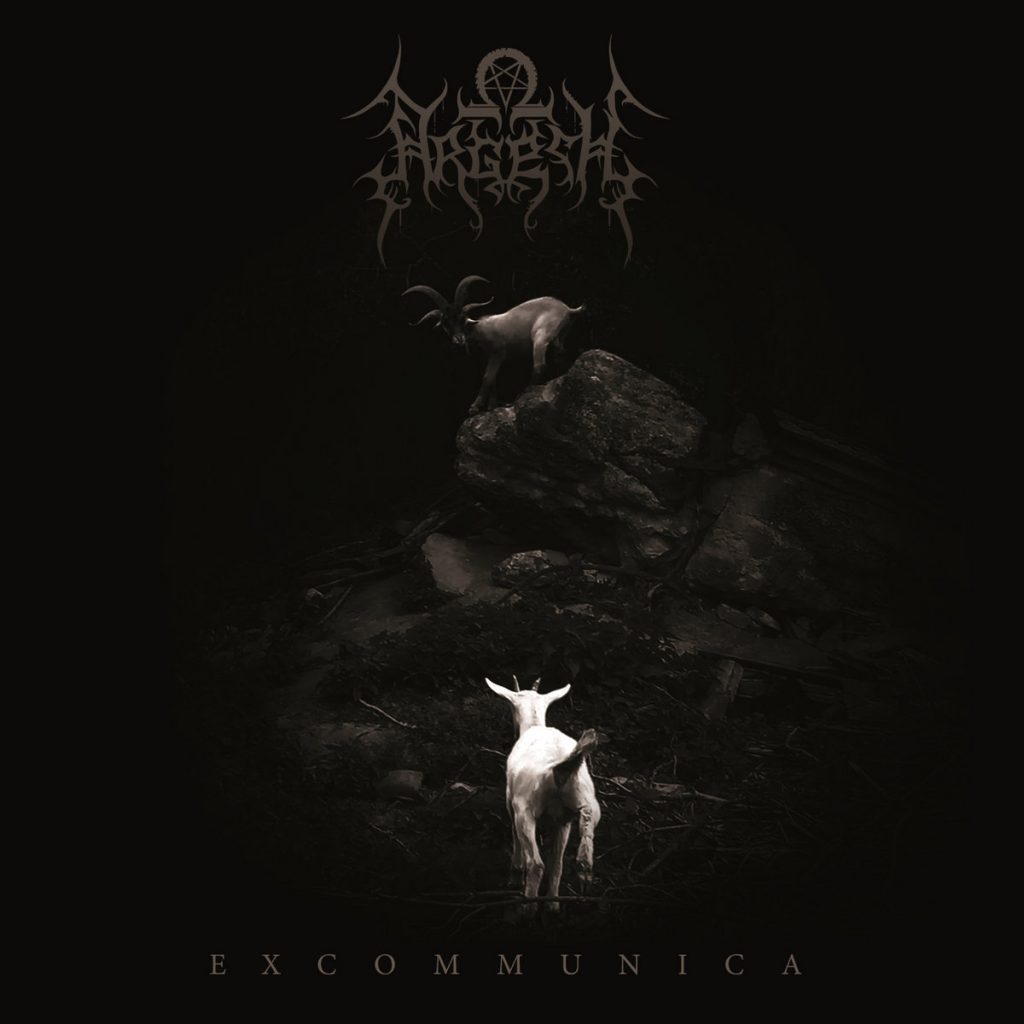