“Overall, the two EPs together are a collection of 9 songs, 9 stories about struggle. We have let the events of 2020 influence the process and the mood of the two EPs, while still aiming for a timeless production that will age well in time. The title and artwork represent the doom and gloom of life in the year 2020 and how the human race reacts in the face of death and uncertainty. With the impossibility to meet to even take a band picture, WarCall presents themselves as fictional post-apocalyptic warriors, a subtle comment and nod to the current events that marked the year 2020. And while more atmospheric in their nature, the 5 songs from Dead End pt. 2 are delivered in a raw package. At first, we wanted to work on the songs a little more in order to achieve a different atmosphere than Dead End pt. 1. We experimented with sounds and textures to add in the places we thought needed it, but each time, we preferred the original version. In the end, we chose to go ahead with the songs as they are in their purest form.” ~ WarCall

Montreal, Québec Canada based quartet WarCall decided to follow the path less travelled and split an albums worth of work into two EPs and release them in the same year with April’s “Dead End Pt. 1” said to be the more Old School Metal of the pair and “Dead End Pt. 2” said to show more Progressive and atmospheric leanings; something that feels like an odd thing during the opening cut “Intoxicated” which is an old school rough around the edges early 80’s Thrash cut that sounds like it could be an Anthrax demo during a time at which the band were trialling vocalists. The pace and energy remains high for “Black Amber” while offering up a sumptuous extended instrumental passage with glorious lead work and a bass drive that takes a leaf out of the Iron Maiden playbook in it’s approach and the same can be said of finale “Venom“, the band perhaps meaning by “progressive” longer instrumentals while the later having tinges of Power Metal is an interesting change up. There is a question about whether the gruff vocal style is best suited to the guitar tone of choice and if some cleaner tones of a higher pitch would work better with this but for the most part their gritty nature matches what the lyrics portray and that works well. “Off Road” then sounds like a demo from “St. Anger” era Metallica except with the snare as it charges around like a Tasmanian Devil and throws down with another ripper of a solo before the groove laden “Control Denied” offers plenty of pint raising, head banging good fun as a standout from this collection. Here’s the thing. When looking at WarCall in the cold light of day with bloodshot eyes and a pounding hangover headache, they aren’t doing anything new or that much that you haven’t heard the likes of elsewhere. But it has to be said that as with the first EP of which this is very much a continuation, they are still very much an enjoyable listen and shouldn’t be dismissed because they’ve created a solid albums worth of material across the pair [7/10]

“Dead End Pt. 2” by Warcall is out 26th November 2021 via Plan B Music and should be available over at bandcamp 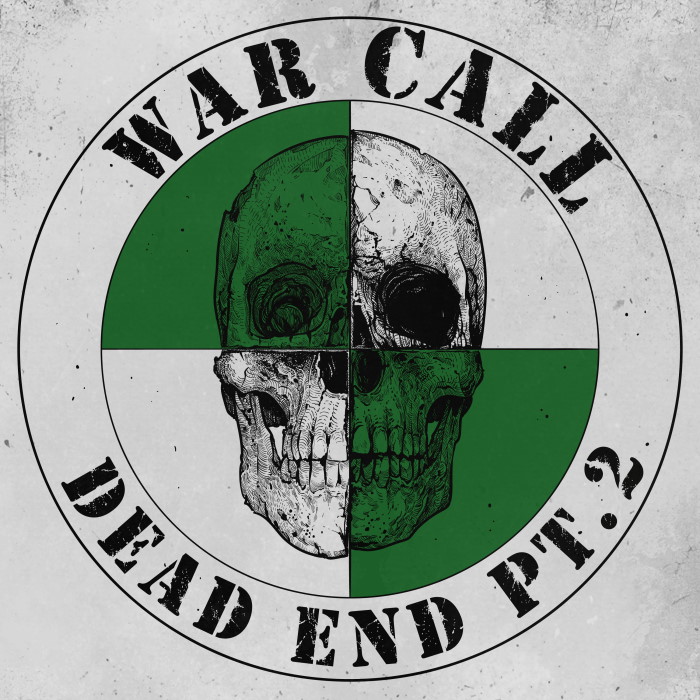