Skip to content
HomeReviewReview: “The Path of Human Existence” by Downfall of Mankind

Since the dawn of time humanity has questioned its purpose of existence, its origins and its path after death. Over thousands of years religions have tired to explain by nurturing the strength of their Gods, giving the masses a way to feel safe while also being controlled while science has taken an altogether different approach. Those are the deep and meaningful concepts that are mused upon lyrically by Symphonic Deathcore Brutes Downfall Of Mankind. Forged in the fires of Lisbon Portugal in 2019, vocalist Lucas Bishop, bassist Claudio Melo, guitarists Alejandro Puentes and Franscisco Marques and drummer Luis Lourenco built their sound from the ground up with the help of Caesar Craveiro and Joël Martins while the sadly recently passed Stillbirth bassist Dominik “Pumpa” König mixed and mastered…

…Sinister dark atmospheres are what Downfall Of Mankind specialise in and from the eerie orchestral beginnings of “The Path Of Human Existence” into its conjoined twin “Agony” which brings the brutal riffs into play the band tread the path between Death Metal and Deathcore that Gods fear to tread and that’s that twin headed hydra is simply a warning shot. “Oblivion” reminds of the early works of bands like Winds Of Plague in the genre, symphonically beautiful while being brutally heavy, Bishop bringing a wet part Slam inspired vocal that takes things in a monstrous direction. He’s the assassin that brings the blood and thunder of pure horror to each Steven King inspired soundscape, the beast that climbs from the trench tar pit whose roar severs flesh from bone while still having some cleaner unclean parts that make the lyrics audible. The riffs are your classic Deathcore chug fest with that low slung and loose cluncky bass tone giving off downtempo vibes. “Bow to the Crown” then takes things in a Blackened direction introducing blast beats and huge fill patterns that flow into “An Evolutionary Descendant” which brings alien like spoken word moments against the spine crushing Deathcore backdrop. There are plenty of interesting ideas here and the orchestration by Joël Martins gives everything a vibrancy and life, an evil light in the darkness. 2019 single “They Shall Pay” doesn’t sound like it’s been glued on as an afterthought, its similar in style and builds on the same foundations at the other work so if it wasn’t stated you wouldn’t know any different and it’s a stompy joy. It has to be said that the mix from Dominik “Pumpa” König is a solid one, he’s allowed the orchestrations and synths the opportunity to provide the edge and not to be overpowered by the blunt force trauma of the rest of the bands sound. If you missed this one, we recommend it [7.5/10] 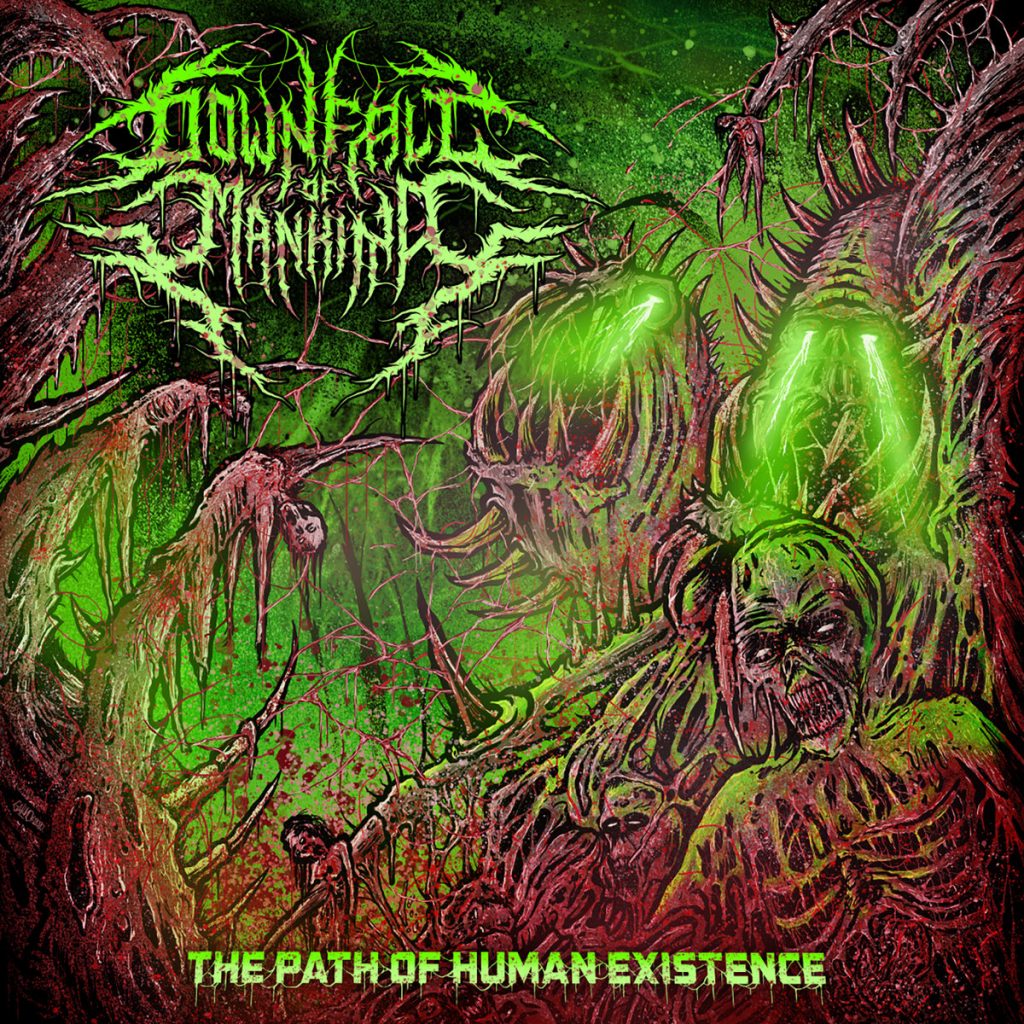